This post first appeared at http://www.pelhamblueassetmanagement.com/ , the investment site for offbeat ideas, market signals and trading strategies for Bursa Malaysia stocks and warrants.
Follow us on Twitter for 24/7 market commentary, warrant trading strategies and progress on current trades: https://twitter.com/pelhambluefund 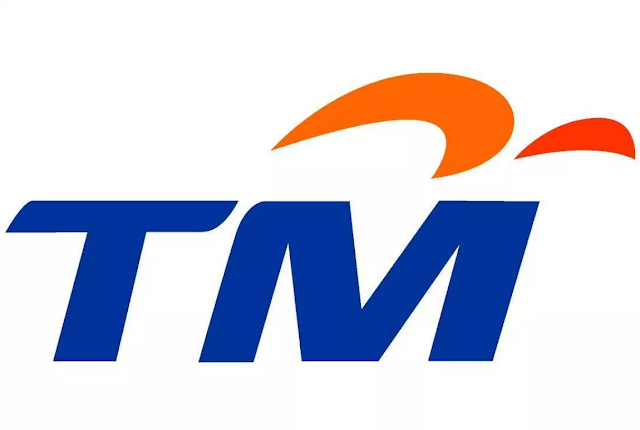 Wow, here's a rarity. We almost never get to trade blue chip counters or their associated warrants - there was just too little incentive or volatility for us to do so.


However, from time to time these companies, whose stock prices tend to be extremely stable (and thus - boring), would break through the roof. Occasionally a stock like TENAGA can trade like a penny stock. We're talking huge double-digit one-day gains, extreme volatility, et cetera.


The big counters only make such moves in the event of... well, an eventful development. This can be super positive (or negative) news, sudden company announcements, surprise government announcements (as many of these blue chips are GLCs), or the best, most predictable factor of all: a positive earnings result.

Or better still, a very positive earnings result for a company whose stock has been suffering for a long time.


This brings us to TM, which had been in the doldrums for quite some time. Facing greater competition from service providers that offer better Internet speed in a cheaper package (TIME), government-imposed reduction in subscription prices, and endless capex commitments, the stock had been a serious laggard over the past year.


TM was trading at around RM6 this time back in 2018. On the morning of 30 May, the stock was trading at around RM2.80, or 50% below those prior highs. It was not a good time to be a TM shareholder (Editor's Note : We did believe that the prospect of drastically lower dividend yields had more to do with the stock's decline, rather than the regulatory uncertainty / government measures).


Then, the company announced solid earnings for Q1. What caught our eye were mainly three things (we didn't have time to fully analyse the results) : 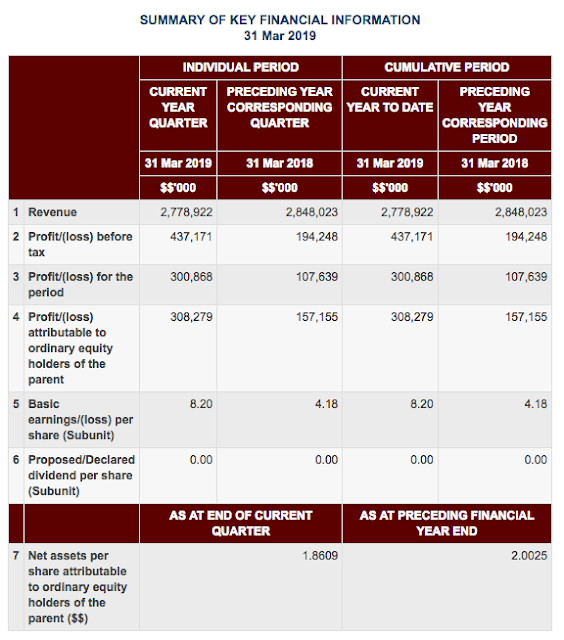 1) A doubling in the Earnings Per Share (EPS) on a quarter-to-quarter (q-o-q) basis.

2) Negligible difference in the revenue q-o-q.

3) Much lower overall operating costs suggest that the cost cutting measures had an immediate positive impact. This was a big deal; it was the major catalyst for the stock to fly.


Bear in mind that our success in this trade was not down to predictive powers. We didn't sit on our asses and fiddled our thumbs as we awaited TM's results that afternoon.

We didn't anticipate such a huge improvement in overall net profit in advance; leave that to the real smart investors, of which we aren't one of.


Instead of anticipating, we were reacting. By 2:30PM, the stock had already exploded. It gained 11% within five minutes, from Rm2.80 to RM3.13. The extent of our research at this point was that we saw the stock make a huge leap in the 'top gainers' list. That's it.

Now, at this stage there are a few mental hurdles to overcome before we could even think of committing to a trade. We decided early on to target the call warrants, of which there are many. So choosing them is already hard enough.

Harder still is making the decision to commit to a trade in spite of some seemingly insurmountable challenges.

First : assessing whether TM can go further still, having already advanced by 11% in such a short time. It could just as well retreat and fall back to below RM3!

Second : finding the right call warrant to trade, given that the time frame for this trade to be profitable is very, very short. As a general rule, the more volatility there is, the better to enter and exit quickly.

Mirror, mirror on the wall...

Third : dealing with the very low liquidity prevalent in the warrants, and how to target meaningful profits (it can only be done by acquiring a sizeable amount, big enough that a 1-2 sen move can yield four digit profits).

Fourth : finding the 'confirmation points' - a moment in time when the stock's movement has fully validated our expectation - and managing the potential profits. This also works the other way around; what is the point where the stock movement indicates that our views are completely wrong? How big would the expected losses be?

Given the eventual outsized profits that we achieved, it is important to note that this was a very risky trade. You have to be absolutely certain that the rally will persist. We will share the methods we used to do this.

Lastly, here's another shocking thing : we made a calculated mental leap (against conventional reasoning) to buy a call warrant after it has already gained 1,400%. How / Why on Earth did we decide to do that? You will see.

THE BUSINESS OF DETECTING

We are holding back from sharing all of our tricks of the trade; we gotta save some of that special sauce, after all. But we can share two general observations that you absolutely can use in your own trading activity. It helped us a lot; it may help you too.

1) Learn to love the stepladder pattern : as short-term opportunists, we live and die by the five-minute price chart. In momentum situations, a gradually ascending price movement (hint : not too fast) signifies a real and sustained buildup.


You may see stepladder pattern in daily charts too; generally they can be considered a buy sign, though not always. These may happen pre or post-news. They may be in reaction to a sector-wide positive movement. Do your analysis, learn what you can, and you'll be able to decide whether you'd decide to buy the shares if this pattern occurs.

The stepladder is illustrated below: 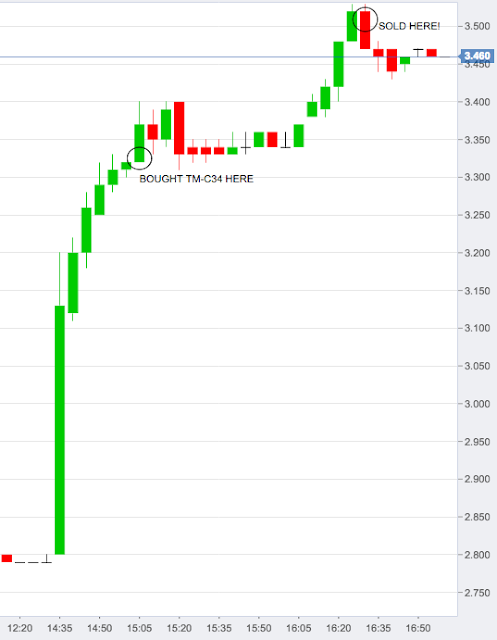 TM's stock price on the afternoon of 30 May.

Notice the gradually ascending green candles early on? It essentially shows that prices are getting higher and higher.

2) Get repeated validations of your theory - whatever it is -  before committing to a large trade.

We were looking at TM when it was trading at RM3.10. We expected it to go up further, and so it did to RM3.19 within 10 minutes. What made us really pay attention was the even more rapid move to break the RM3.30 mark. This brings it very close to the limit up point - it only needs another 23 sen in gains.

This was Validation, Round 1.

3) Notice if the support point for the stock slightly above the most obvious ones : simply put, you'd naturally think that TM would see heavy selling resistance at the RM3.30 point, but the stock simply didn't spend much time there. It hovered around RM3.33-3.34 instead. This indicates that some large whale out there has dispensed with the subtlety and and was desperate to build a large position (tens of millions of ringgit worth).


THE MOST DANGEROUS WARRANT


Our weapon of choice, TM-C34, is problematic in many ways. Aside from the aforementioned 1,400% gain (it rose from 0.5 sen in the morning to 7.5 sen by 3PM that day), the damn thing literally had no liquidity. With a buy and sell queue of 300 lots or below, and nonexistent queues at some price points, it was a risky move to take a large position.


We decided to acquire 2,000 lots in one go. The upside? A one sen move will yield RM2,000. The risk? Get this shit wrong and not only liquidity will dry up, getting out of the position will be harder if the stock suddenly falls rapidly. This thing is not for the fainthearted.


Before we decided to commit, we had one factor going our way : the repeated validations as shown in (2) above. This was a strong sign that TM's stock could rise further. We acquired the warrant when it was trading at RM3.33. At precisely 3:05PM, the stock surged to RM3.40 on heavy buying volume. We were in.


This was Validation, Round 2.


Upon acquiring the warrants, we were already expecting the stock to hit limit up : RM3.53, the point in which it can go no farther for the day.


Strictly in numbers terms, this 20 sen range from RM3.33 to RM3.53 is where we can achieve extremely high profits from the warrants, but only if we are proven to be correct. Having bought 200,000 warrants at 7.5 sen, TM-C34 would easily break the 10 sen mark if the stock attempts to rally further.


This was a big deal; it's a rare chance to possibly lock in a 33% gain from a trade that is less than half a day old - we'd be delighted to take profits at that point.


After our purchase of the call warrants, TM's stock consolidated in a fairly tight range. We were willing to wait it out, as the chart point to an upside bias. The consolidation phase in five-minute increments, taken from the big chart above:

Similarly, below was what TM-C34 looked like in increments of five minutes. Can't deny that we were indeed sweating bullets at this time. There was much less buying and selling action for the warrants, although a big clue was that the selling interest was quite weak - seems like the market was eager to get in, as we have already.

And of course, right after consolidation there was liftoff. As a result, we stayed for the ride, correctly deducing that TM would hit limit up (a 30% increase). Recall that we expected this to happen back when the stock was up by 22% for the day at RM3.33.


This was Validation, Round 3.


Simply put : the repeated validation of our (lofty) expectations increased the likelihood that our best case scenario forecast (TM hitting limit up) would be met. This it duly did, and we moved to exit TM-C34 when the going was good.

For the record, we never stick around when a stock hits limit up, having learned from bitter experience before. The logic is simple : regardless of where the stock heads next, higher or lower, we can always go back in. It is always preferable to being trapped, and boy do we have  stories to tell you about that! 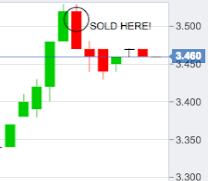 As it so happened, we got out at the peak of the buying frenzy, at 12 sen. From a returns on investment (ROI) standpoint, it was our best pound-for-pound gain this year : a dizzying 60%. And it only took about an hour and a half. 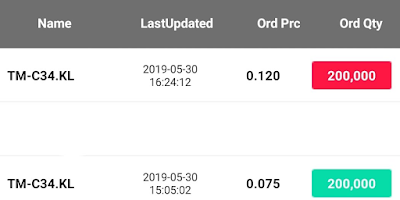 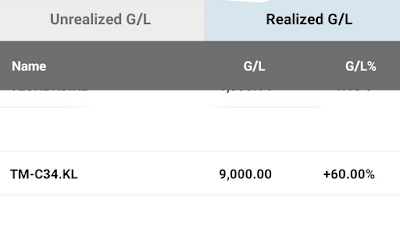 On 31 May, we managed to squeeze some further gains. It's basically residual profits, as we got into the stock late. TM had already made a strong upside move - having closed at RM3.46 the day before, it fell to as low as RM3.31 before resuming its rally in a classic momentum move.

Having missed out on the juiciest parts of this rally, we made do with the leftovers. We only bought back into TM-C34 when it had already hit 13 sen (it went to as low as 8 sen earlier).

We sold out at 14 sen apiece, having opted to be conservative. The stock ended up closing at its intraday high (RM3.61), but we were happy to close the trade with a respectable 7.7% yield. 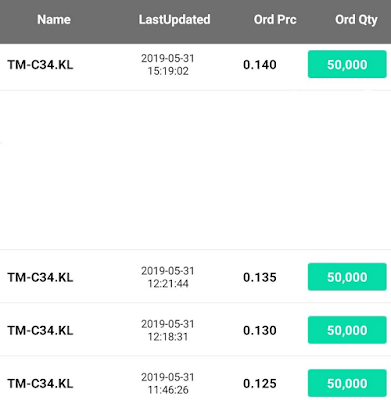 All things considered, we made a total RM10,500 in 24 hours. It was a good win and a validation of our trading strategy.

Too bad these kinds of opportunities only crop up about once every six months....