Genting Malaysia: A Case of Buying at The Bottom
1. Background. The media, analysts and shareholders are up in arms over Genting Malaysia’s 49%-stake purchase of Empire Resorts Inc for USD180m, which chiefly owns and operates the Resorts World Catskills integrated casino. This has caused the share price to take a 10% hit.
2. RPT the major concern. Despite being a related party transaction (RPT), the deal can proceed without minority shareholders’ approval. While technically allowed, as conditions for an EGM are skirted, the move leaves a bad taste to minorities who have no voice in deciding on a “material” acquisition. By and large, the counterparty for the stake is none other than the controlling shareholders, whom investors fear are bailing out a loss-making company, whilst cashing out through reducing their direct stake. This, I believe could be seen 2-ways, depending on the future performance of Empire Resorts – if it turns out to be profitable with decent ROE’s, then the controlling shareholders should be commended for sharing some of this upside with minorities. However, if it turns out to be a bust, then, by all means, investors should grab their pitchforks and storm the next AGM.
3. Still in gestation. Aside from that major concern, the company looks to me as a potential turnaround story or an early-stage growth company. The main asset, Resorts World Catskills was only completed in February 2018, and is only in its second year of operations. New attractions such as an indoor water park was recently opened and a golf course will be added in 2019/2020. A new poker room was only launched days ago, and sports betting only commenced in July 2019. This indicates that there could be upside to the business.
4. GGR on an uptrend. While the property is loss-making, GGR trends are encouraging. Total monthly GGR hit USD20m for the first time in June 2019, representing a 54% growth versus June 2018 (graphs 1 and 2). For the second quarter of 2019 (graph 3), total GGR breached the USD50m for the first time, an increase of 45% yoy and 14% qoq. Meanwhile, this does not take into account revenues from other sources such as racing, F&B and hotel rooms which formed 22.6% of revenue according to its latest 10-Q filing. The link to the data is provided below.
5. Fears of Empire Resorts dragging down earnings could be overstated. It would, in my view, be lazy to assume a similar loss reported in FY18, and apply it to FY20 forecasts. First, the casino only opened in February 2018, hence it is not a full year contribution. Second, GGR for 1H19 already forms 81.6% of FY18’s total GGR. If annualised assuming no sequential growth in 3Q and 4Q19, FY19’s GGR is set to increase 63% yoy. This does not take into account the company’s growth potential in FY20, which will be a full year contributor to GENM. Third, sports betting which commenced in July 2019 has yet to be reflected in numbers -- and sports betting is a significant business. Fourth, lower costs from synergies have not been factored in.
6. Getting in on the ground floor. Seen positively, the acquisition could allow investors an early ride on a fairly new asset with growth/upside potential. While some might balk at the USD180m price tag (for 49%), which may look steep at 1.89x book value, they forget that Empire Resorts Inc is a listed company. And privatisation exercises of listed companies, especially in the US, are typically transacted at a premium to its last-closing share price. In this case, however, the premium was only negligible. In fact, the deal can be considered attractive as most negatives are reflected in its share price. In effect, investors could be buying at the low (would you rather pay high premiums for mature assets, or pay a reasonable price for a growth asset?). In addition, the cost of investment for Resorts World Catskills was quoted at USD1.2bn. Valuing 100% of Empire Resorts Inc at USD360m could be a steal.
7. Closing remarks. While the deal might not appear positive, especially in the near-term, I don’t believe it is that destructive to Genting Malaysia’s value to the tune of 10% or RM3.15bn. Most of the risks associated with starting a new casino such as obtaining approvals/licensing, delays in construction, cost-overrunes and even first year which bears higher start-up cost have already been lifted (yes, the major shareholders have already borne those risks). If any, investors gain entry to a vehicle with mostly upside potential.
Source:
https://www.gaming.ny.gov/pdf/finance/Resorts%20World%20Catskills%20Casino%20Monthly%20Commercial%20Gaming%20Report.pdf
https://empireresorts.gcs-web.com/static-files/6451a1a6-497c-44ad-a1c2-2036933ce4e2 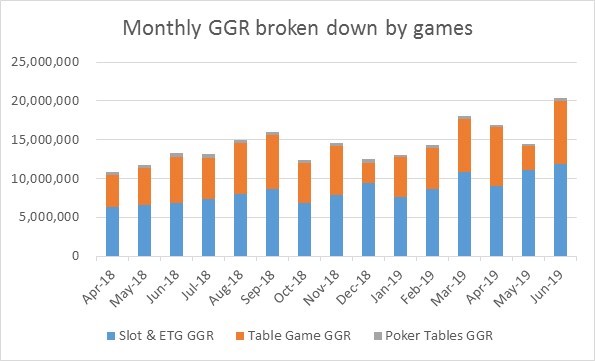 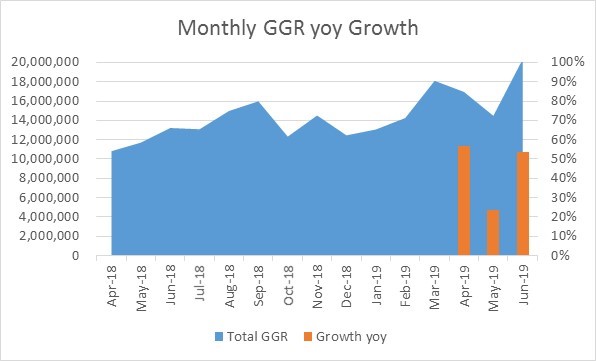 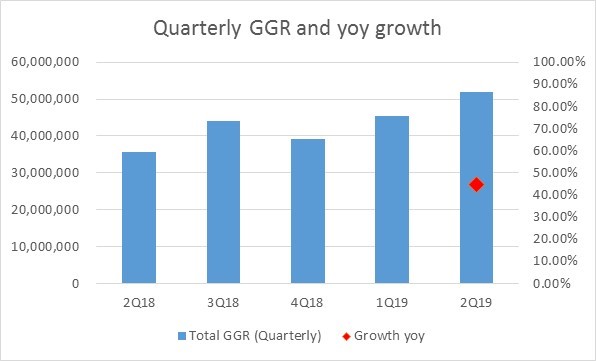