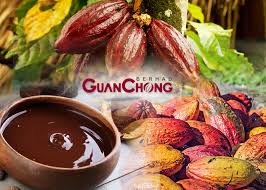 Guan Chong Berhad (GSB) is a family business based in Johor that started cocoa trade in Johor since 1980 and now is the largest cocoa processing plant in Asia today. Currently, there are total 3 processing plants in Malaysia and Indonesia. One of the processing plants in Malaysia has just completed the expansion in the first quarter of this year. The production capacity increased from the original 9,000 tons to 50,000 tons, bringing the overall annual production capacity to 250,000. Ton.
Within 3 years, GCB's stock price has grown from around RM 1.2 to today's RM 4.6, an increase of more than 280% and an annual increase of 57%.
The company have just issued bonus issues and issue warrants on November 5, 2019. As long as investor hold 3 units of GCB shares on November 4, 2019, investor will receive 3 units of bonus shares and 1 unit of warranty and the stock price will be adjusted (divided by 2).
GCB is the largest local cocoa processing producer with an annual grinding capacity of 250k MT per year.
Its main business focuses on cocoa processing, which includes processing cocoa beans into cocoa semi-finished products such as cocoa powder, cakes, butter and wine.
It has production facilities in Johor and Indonesia and a mill for cocoa cakes and butter in the United States.
GCB's cocoa ingredients are sold under the 'Favorich' brand and are widely used in the manufacture of chocolate, confectionery, food and beverages, and many related industries worldwide.
Of these businesses, approximately 36% are local and the remaining 64% are overseas. The main overseas businesses are Singapore and Indonesia.
Many of GCB's customers are world-renowned chocolate and consumer brands, including Nestle, Mars and Hershey ’s, but these customers already account for half of GCB's turnover.
Raw material costs are one of the company's main costs, accounting for approximately 35%. The company's main ingredient is Cocoa Beans. After the 2014 Ebola outbreak caused a shortage of global cocoa beans,
Now the supply of cocoa beans has returned to normal, and the price has also recovered from the peak of about $ 3,300 / MT to the current price of about $ 2,400 / MT.
From FY2015 to FY2017, the company's turnover showed a decline, but this is not because of the company's ability to decline, the real reason is as follows:
FY2016: The company restructured and sold 3 subsidiaries that were previously able to contribute to the company's RM 84 mil turnover. However, with the efforts of the marketing team, the increase in sales of cocoa cake and cocoa powder offset this effect.
FY2017: The selling price of the company's cocoa products fell by an average of about 10%. However, this did not cause any profit damage to the company, because the company's raw cocoa beans also fell sharply, down 30%.
In FY2018, the company's turnover increased mainly due to the increase in sales of cocoa ingredients, which offset the impact of the decline in selling prices.
Although the company's turnover is not stable, the company is still capable of growing profits. The average annual growth rate of the company's pre-tax profit is close to 80%, and the number is very amazing.
In FY2018, the company's pre-tax profit reached RM 209 mil, of which RM 22 mil was a one-time loss. After removing the effect of one-time loss, the company's pre-tax profit increased by about 83% year-on-year.
In FY2014, the company showed a loss, which is also the first loss in history. It is mainly due to the decline in margin caused by the excessive supply of cocoa ingredients, coupled with the rise in the US dollar, which caused high sales costs and borrowing costs to form foreign exchange losses. Downturn.
At that time, however, management expressed confidence that those challenges could be overcome and stood out again when the cocoa market returned to normal. Later, GCB also proved that they did.
In general, GCB is a high-quality company that has continued to grow. Even if the industry market is sluggish, GCB has the ability to overcome challenges and recover quickly. This proves once again the strength of GCB.
Management expects global demand for chocolate to continue to grow.
Based on the strong demand from Asian consumers for chocolate, the company aims to double its production capacity to 500,000 tons in the next five years. As the cocoa bean production in Malaysia and Indonesia declines, the company is exploring the expansion into Africa or South America to ensure an adequate supply of cocoa beans.
In response, management is also actively increasing market share in the cocoa ingredients manufacturing market. The main strategy is to increase grinding capacity and expand the geographic scope of the business.
In addition, management expects the business environment to be less volatile as of December 31, 2019 (FY2019).
As global demand for chocolate is expected to grow strongly, management expects the company's overall performance to remain positive.
The company will continue to focus on exploring new markets for its broad range of cocoa ingredients, optimizing production and expanding overall grinding capabilities based on market conditions.
Despite the challenges in 2014, GCB was able to recover in a short period of time, and it is undeniably a very good company.
As the company's prospects are optimistic, the price of cocoa beans is stable, and the company has been expanding. It is believed that the next performance will be good, and the PE is expected to be lower.
GCB recently reduced its dividend payout and used the saved funds to expand. In other words, it is to use the money that should have been distributed to current shareholders for expansion. Unless the stock price reflects the future value, it is very unprofitable for shareholders to sell stocks before the results of the expansion.
https://klse.i3investor.com/blogs/LouisYapInvestment/2020-01-08-story-h1482068353-Malaysia_Stock_Analysis_Report_GCB_5102.jsp
Louis Yap
Facebook:
https://www.facebook.com/louisinvestment/
Web Site:
https://www.wealtharchitect2u.com/
GCBLouisYapInvestment
Next article Next Post
Previous article Previous Post
‹ Newer Post Older Post › Home