According to Kenanga Report, MPI secured a new lucrative business from Bosch not long ago. The new product from Bosch is a silicon carbide chip that will be used in powering electric vehicles. Bosch claims 6% improvement in driving range when their chips are used. Currently only Tesla is using silicon carbide chips in their vehicles. Investors got to have some imagination to visualize a world where Bosch SiC chips are more widely used which brings more business to MPI from the current 10-15% level. If Bosch SiC chips gained traction in the automotive industry, the market has to rerate MPI.

In the future, will there be more electric cars or less? If the answer is more, then MPI stands to gain big time. Invest now. Also, Tesla is projected to grow their car production volume approximately 30% every year, they are currently at 300K cars in 2019 and projected to build 500K in 2020. Imagine the growth, 500K this year, 650K next year, 850K in 2022 and 1.2 million in 2023. This is Tesla alone, Bosch do supply to other German car manufacturer for their EV cars, such as Mercedes, BMW, VW and etc.


Taken from Kenanga report - "Silicon carbide to drive automotive segment. The newly acquired US customer has set up its first line of equipment in MPI’s Ipoh plant for the packaging of silicon carbide (SiC) power modules. SiC power modules are gaining rapid adoption in electric vehicles (EV), as it promises faster charging speed and longer driving range for the same amount of battery capacity compared to normal silicon. We reckon that the end customer is likely to be Tesla given than Tesla has been increasing demand for SiC power modules while the US customer has set aside US$1bil to increase production by 30x to meet market demand."

This is a hidden gem waiting to be discovered. It is no secret MPI is slowly moving towards making more and more semi-conductor components for cars, EV cars to be exact. By 2030, almost all cars sold in EU will have to be EV, can you imagine the potential growth?

As shown in the screenshot below, HL groups of companies, Tan Sri Quek and Families and related entities have spend so much buying up MPI shares in the open market since 10th July, verifiable via i3investor or Bursa. There must be a reason why, these are huge purchase for such a small company, which has a market value of RM2.2 Billion before the massive purchase, and I believe the reason is because MPI's coming quarter will be very good or they will announce to the world they are supply parts to Tesla via Bosch. Why MPI Is So Cheap Compared To Other Semi-Conductor Companies?

Owned by Hong Leong Group, they used to manufacture low end products, which explain why their PE was around 16 for such a long time. Stagnant revenue with no growth. By the end of 2019, they've discarded their low end business and moved to mid to high end products. 30% smartphone components, 30% car semi-conductor components such as Bosch chip and 40% others. They are moving up the value chain, if their plan works, there is a potential for massive growth.

Do note that the graph below is Tesla's projected sales, what if other car manufacturer also choose Bosch's Silicon Carbideto for their EV too? Electric cars will continue to grow in volume, as shown in another chart below, the projected volume will be 5 times more from 2020, eventually EV will outsell ICE (Internal Combustion Engine) cars. Imagine the potential growth. One in five cars in EU seen to be electric by 2025, Germany part of trend - analysis 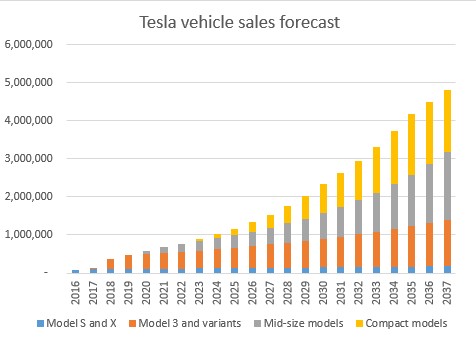 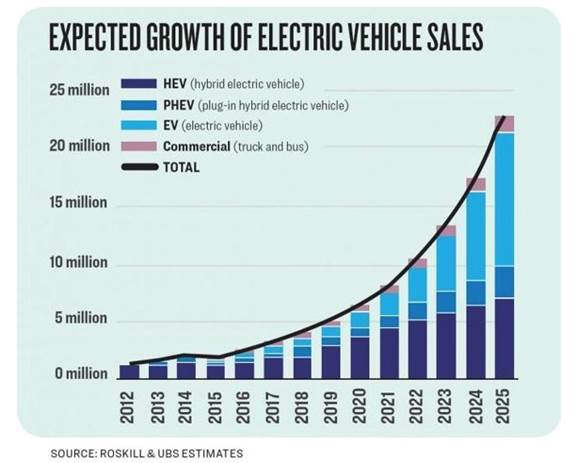 MPI is known as an OSAT and OSAT related companies. Therefore it is not fair to compare it to another semiconductor company such as FrontKen, which is a semiconductor services company. As you can see from the simple comparison below, MPI with their potential massive growth in the future is way undervalue compared to its peers.


What Is MPI Future?

With HL Group and Tan Sri's family buying up so much of MPI shares in the open market, they must be very confident in MPI, just follow the big bosses, we believe they know the potential of the company. Investing has its own risk, please do your own research before investing. If kenanga Report is accurate, get ready for MPI to grow fast and grow big as EU has set a goal for majority of all cars sold in EU to be EV in 2025.