This bull run is more likely to be screwed up by the brokers themselves than genuine external economics.

The reason is simple: they have too much power in shifting the goalposts.

NO CONTRA ON GLOVE COUNTERS

The leaders (glove counters) started to weaken on Russian vaccine news last Thursday. However the glove counters plus small caps continued the weakness on Friday on news that ONE broker is going to institute NO CONTRA trades on glove counters on Monday. No contra means, you can't sell on first two days - you have to pick them up first. Conversely it means T+1, which is you pay on the day you buy, then you can sell on second day.

Bursa Malaysia said on its website that contra dealing is not a right of the client but rather a privilege accorded by the stockbroking company to its clients.

"This means that the stockbroking company is not obliged to allow contra dealing facilities for all its clients,” Bursa said.

I understand all that but to call it a privilege is a bit much. After all, when they solicit your business, the brokers won't tell you "hey, we can do T+1 or T+2 or T+0 (designated counters)". When a broker has the right to shift the goalposts, that is a huge "incentive" to front run (or in this case sell all your positions first) before announcing the rule change. Can we have a verification that that did not happen?

This has to do with the integrity and trustworthiness of the system and the brokers. Do not hide behind the rules that says you can. Brokers and regulators must do more than that to maintain trustworthiness and integrity, and not treat investors like trash.

The other probable reason is even worse, that the broker themselves do not have the balance sheet to fund the trades. OMG, that would be so bad. Not enough capital, don't play this game.

MARGIN LIMIT GIVEN ON CERTAIN COUNTERS

We have seen this a couple of times over the past few months. Mainly affected the glove related counters. Again all brokers are allowed to set the maximum upper price limits for all counters. Again they have the right to move the goalposts whenever they feel like it. Again, we do not know if the brokers and its employees and traders "traded ahead with that knowledge" at the expense of the rest of the market players.

What is galling is that the same brokers and reduce the limits, and yet the same house can issue a BUY research report on same stock/s for 80%-120% of the margin limit price???

I know one is risk management and the other is investment banking. But they are under one broker company. If the risk side says a stock margin limit is RM10.00, how are we to take the research report with a target fair price at RM22.00???!!!!

but wait ... THEY CAN ALSO RAISE THE LIMITS ON AN AD HOC BASIS ... which they did within weeks.

Then some of them can also raise the upper limits of the same stocks within weeks. As you can see, the one making up the rules ad hoc basis stand to gain a lot - IF they inform certain parties in their own company (fund managers, top remisiers, top proprietary day traders, etc..). We don't know. Nobody seems to care.

a) when a broker says it is contra it only means T+2, it is not T+7 as before ... T+2 also you get scared??? I mean each client is given a buy limit BASED on shares/cash they have, and usually will not be more than 100% of that. So you already have coverage. Compared to the 90s, when the same broker offered T+7 on almost nothing.

b) when the broker who institute no contra on glove counters, did they do likewise on their proprietary day traders??? All PDTs are on T+1basis. Why not ask them to pick up first then sell as well to be fair. 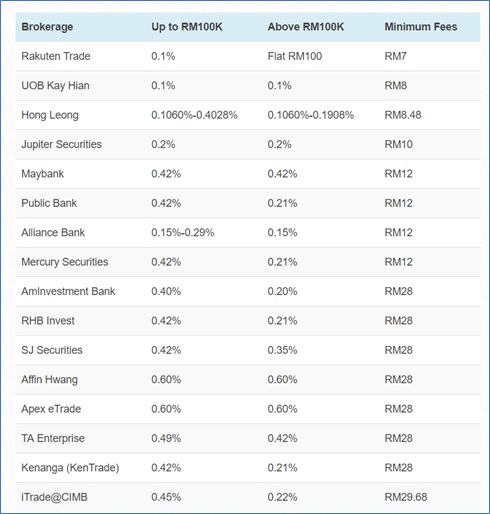 I have to state that I do not have any glove counters now or even traded them for the last 2 weeks. If anything I can't pull myself to buy them at current prices but it seems everybody who was or is an analyst/economist/market commentator/business journalist .. would like to bash the rally.

Yes it makes little sense on fundamentals. When you start comparing them to overtaking Maybank, Public Bank etc... you know you are grasping at straws.

I would like to say that this entire bull run was started thanks to the MCO (and the likes) and the deluge of liquidity offered by various governments and central banks. Malaysia has been lucky to have at least the glove related sector generating real profits. They are easy targets to criticise when they rise and rise, and more people develop green eye envy as they did not get a slice of the action.

It is not their doing. The market has NO OTHER SECTOR with that kind of profits visibility. Naturally all spotlights are on them.

Are all the articles nowadays being fair, they just bash and bash. You can raise some cautionary flags but look at the bigger picture. We so needed the current bull run, it more than save the rest of the economy.

Some 3mn new CDS accounts were opened over the past 3 months. This rally ensured the beneficiaries was broad based to all across the retail participants and not just the elites.

MY VIEW ON GLOVE COUNTERS

The current euphoria is nothing new. Not every glove sold gets used. No one knows what is the stock build up or backorder throughout the entire distribution channel. And it is normal when demand outstrip supply, people order more than what they need (hence ASP increase) to avoid the possibility of shortage later. So this buildup/backlog can reach a point where one day any slow down in demand or every players along the distrbution channel realised they got too much stocks and stop ordering, you'll suddenly see orders collapsing.

But the top 5 fellas already has orders secured as far out as 2 years. That means no matter how you DO NOT LIKE GLOVE, these top 5fellas will be reporting exceptional profits for at least the next 4 quarters. It is not going to a straight line but these bouts of correction is needed and healthy for the run. Let them run, and they will correct every now and then BUT DON'T LET THE CORRECTION BE MAN-MADE (like the two rules cited above).

Can Top Glove reach RM50... maybe. I am looking at a fertile ground for at least another 12 months. Just citing Top Glove, I think it can be around RM25-28 before going ex for bonus. the next 9-12 months will see it trying to gain back to RM20 on an ex basis (or RM40 on a pre basis).

How it will all end. Everybody is ramping up capacity. There are new entrants who will come in within 2-3 years. Once the top 5 start to drop ASP, you can see a huge collapse. 12-16 months out when the order pile up starts shrinking and ASPs starts to drop, even Top Glove can go back to RM5 ex basis or (RM10 pre basis). That is still much higher than where it was 6 months ago.

The top few can survive and in a fight they can drop prices to even slight loss to kill off all the small players, and they will do it that way. Only by killing and absorbing them can you "maintain" future prices. Hence all small players will get trampled two years out.

Gloves is like a commodity, there can only be a few players, full stop.