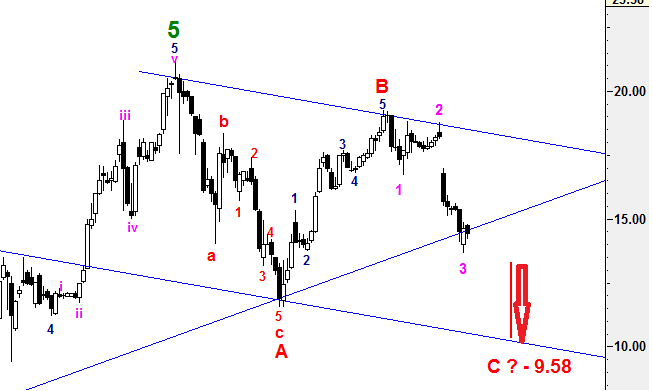 To Recap, the entire correction waves count would be revised if RM13.80 was breached. No doubt that the breached had been realized due to unexpected sold off from vaccine news. Therefore, the Higher Degree Of Corrective Waves have been revised to a prolong ABC or ABCDE correction waves as labelled above. Currently, Wave C could be constructed with 3 or 5 sub minutte waves.

1) If it is 3 sub minutte waves, Wave C could have ended at the current lower ascending triangle line and Wave D is on its way up towards the GAP.

2) If it is 5 sub minutte waves, 3rd sub minutte wave is still being constructed. From the projection target point of view, Wave C could be ended at around RM9.58 if the current lower ascending triangle line could not hold the ground.

All waves' count and projected target are generated based on past/current price level and it may be subjected to vary if degree of momentum movement change.