This post first appeared at The Pelham Blue Fund, the premier investment and trading blog for Malaysia stocks and warrants.

Join our  Telegram Channel for real time trade alerts and ideas. Join our community for daily updates and the best market insights on Bursa Malaysia stocks. 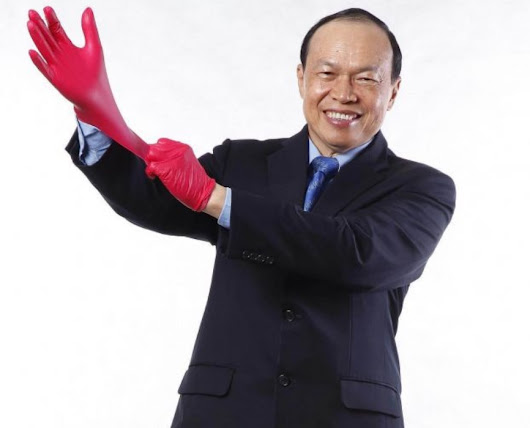 On 17 November 2020, I got an invitation to buy one of the most valuable stocks in the world. That invitation came from panicky uncles.

While we - as a team - had dabbled in glove-related plays before, sometimes in the warrants, sometimes in second-tier players, I had specifically waited for the best moment to buy into what is comfortably the safest, and most profitable glove stock. Ever.

And the best time to buy into a stock is when everybody wants to sell. In my years of trading and investing, I know when the absolute best time is : at the bottom of a downtrend, exacerbated by unreasonable panic.

That selling panic was due to news of a COVID-19 infection at the company's worker dorms in Klang.

In a somewhat perverse way, sensing that market panic gave me further encouragement to make a fairly substantial commitment to my portfolio.

But I do not panic when the stock market goes nuts, or when a stock falls 10% in mere minutes as TOPGLOV did on the 17th. So I bought some. 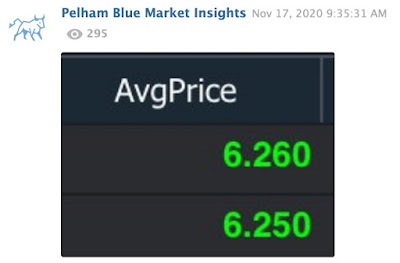 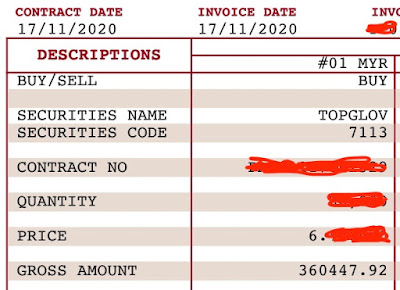 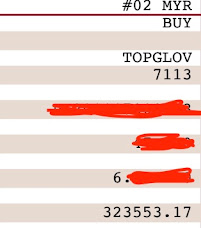 As of market close on November 2020, TOPGLOV closed at RM7.29. And like any other human being, I get anxious and unsure about my portfolio from time to time. Sell or hold? Dump or buy more, even?

What I've decided to do is.... nothing. I'll keep this position under lock and key for a while, and commit to an exit only if the stock falls back to a certain price.

At that point I'll still lock in a nice gain; on an annualised basis, it's pretty good.

But behind the recent price movements, there's an interesting angle that I've been contemplating for a while.

TOPGLOV's daily price chart in November, up until the 20th

It's all these bloody bonkers buybacks. About RM1 billion worth, to be precise.

To be even more precise, RM984.13 million shares bought back since September 2020. It's been buying RM69.9 million worth of shares for many consecutive days in November. Sometimes I lost count.

Here are some more fascinating figures. TOPGLOV currently has about 135 million shares held in treasury. That block is worth RM984.66 million based on the last closing price. 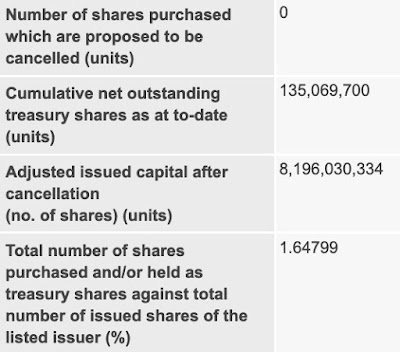 So what's going on?

THE BUYBACK CLEARLY HAS AN ENDGAME

For the unitiated, the questions are obvious.

Why waste money like that lor? So easy spend all that cash like that? Why not go invest in something?

These are valid concerns, but we need to scratch below the surface. And for that, we should first know why share buybacks happen.

As of 20 November 2020, TOPGLOV has 135.07 million shares in treasury. It has the authority to buy back up to 10% of its current shares outstanding.


If it wants to go nuts and really make an outlandish statement, TOPGLOV can buy back exactly 684,298,533 more shares.

This will cost RM5 billion at current market prices, so OK la, we rule this out at the moment... 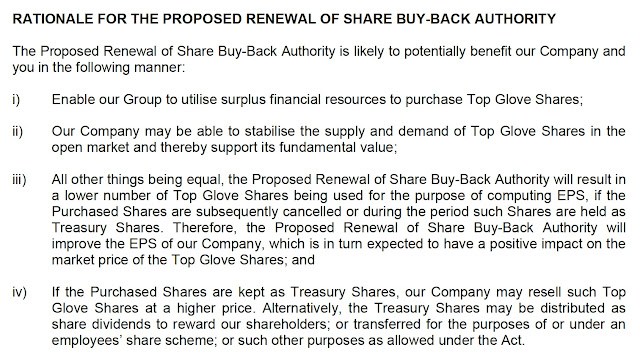 While it is accurate that massive share buybacks can be seen as a bit of virtue signaling by the company, whereby the perception is that the shares are undervalued at current prices, I'd avoid this thinking completely.

Companies can do all the buybacks in the world, but if the market sets a different expectation, the shares will still fall.

I buy shares because I see value, be it from a fundamentals standpoint (which is not very hard with a stock like TOPGLOV) or based on a set of circumstances which may end up being favourable for the stock (call it a sentiment premium, if you want).

There are a few things TOPGLOV can do with treasury shares:


1) Cancel them, which will improve financial and performance metrics on a per share basis, which also technically make the shares more desirable to purchase (ceteris paribus).

2) Resell them at higher prices. Of course this also means they can resell them at lower prices, if the market turns against glovemakers.


3) Redistribute them to shareholders via a dividend in specie (share dividend, not cash). Shareholders get more equity as a reward, no need to put up a single sen.

5) Re-utilise them in an offer-for-sale, such as in a new listing.

It is clear that TOPGLOV is buying back shares at an unheard of rate, and it will likely hit the RM1 billion threshold of shares purchase on Monday, 23 November 2020.

It only took them three months. The things you can do when you don't have to pay windfall tax is enviable...

In the list above, 1-4 is par for the course. They are to be expected in any share buyback-type situation.

But No.5 is special, and it's peculiar. My view is simple:

As TOPGLOV is buying back shares intensively, at an unheard of rate...

The more shares it buys back, the higher likelihood that it will list in Hong Kong

This is just an educated guess. But my point is - as a totally biased shareholder - this third listing will be beneficial for existing shareholders.

Its next quarterly results will be on 9 December 2020. Likely the HK listing question will come up again.

TOPGLOV's next AGM is on 6 January 2021. If the company doesn't clarify beforehand, the buyback explanation will surely come up by this date. It will be seeking a renewed mandate from shareholders for share buybacks, of course.

In another bit of virtue signaling, the listing plans have been promoted earlier. Management wants this to happen.

'Diversifying the investor base and provide a larger fundraising platform to support growth' is great.

'Being present in a more active, more liquid stock exchange' is also good.

Since the company is cash flow super-rich and is super profitable - and has enough committed for its current expansion plans - the main intent of the new listing should be to raise visibility and to permit the entry of new institutional holders.

Some retail mania in HK would even be beneficial to the SG and MY listed shares, if you understand how sentiment works.

One risk cited by the pundits is that Malaysian entities going for a HK listing have done poorly on a historical basis. This is true, but never have we seen a Malaysian company of TOPGLOV's scale and profile there.

As the biggest glovemaker in the world, the likelihood of a successful listing in Hong Kong is quite high.

Back to the treasury shares.

New share issuances would be dilutive, and  fundraising is not really a priority for the company - did you know they just spent RM1 billion to buy their own shares?

TOPGLOV is insanely profitable, and it will be this way for a while. The company has enough funds committed for its expansion plans. It does not need equity markets fundraising, which would be share dilutive. Funds have already been raised from the Sukuk.

My view is that should this HK listing go ahead, it will  be an offer-for-sale of existing shares.

This can come from the treasury holdings as well as a partial stake sale by the major shareholders, including from Lim Wee Chai himself.

Earlier disclosure when TOPGLOV did a secondary listing in Singapore. The third listing could be something like this....

Even if it doesn't work out and TOPGLOV decides to cancel the shares, redistribute via share dividend, or resell at higher prices, shareholders still win. It's the kind of asymmetrical trade that I go for.


And if the plans are further ahead of schedule than anybody expected, the listing may happen as soon as Q1 or Q2 next year.

There is no better time to promote and do a third listing when you're currently imputing at least 3-4 more quarters of supernormal profits.

There was also no better time than on 17 November to buy (and hold) the shares and see how all this plays out.