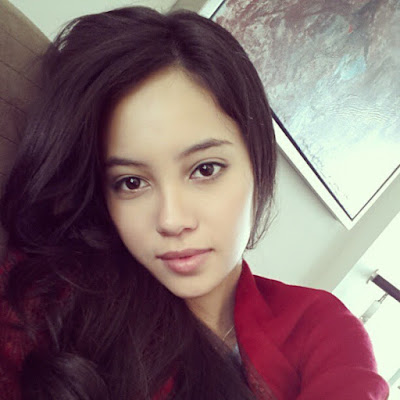 The chart below shows several issues investors struggle with all the time. It’s difficult to pick the best performing investment year after year, yet for many investors, it’s an annual event. They look for an encore, picking the best asset class last year with the hope of a repeat performance. Yet, betting on last year’s winner rarely works out.

Assets at the top of the chart one year could be at the bottom the next, and vice versa. Much of this is due to reversion to the mean. But over the long-term, those big swings even out. The key is to appreciate that asset classes goes through "cycles" and your funds could be caught in dead water if you are invested in the wrong asset classes for a few years. 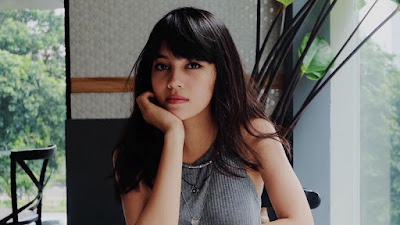 The chart shows annual returns for eight asset classes against a diversified portfolio. Diversification works to smooth out those big swings in the short-term. While you’ll never get the biggest gains of any year, you avoid the huge losses. The flip side to me is that FULL DIVERSIFICATION is a coward's way of investing. There are enough information and trends to read for investors to be weighted into the "correct asset classes" year in year out. Efforts should be made to rebalance your portfolio to obtain supernormal returns, and as shown from the chart, it is highly doable.

The table below ranks the best to worst investment returns by asset class over the past 10 years. 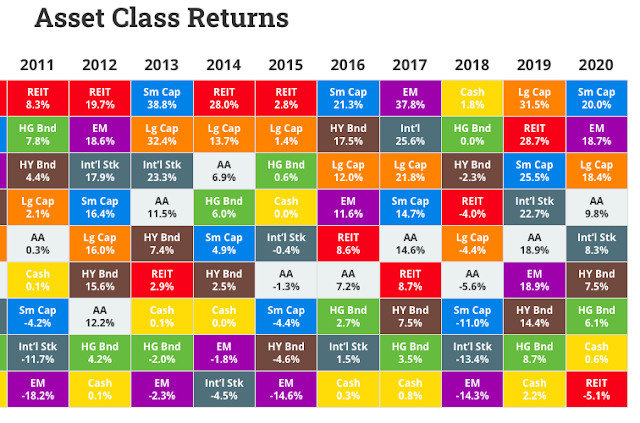 - REITs had a fantastic run from 2011 till 2015. Mainly sifting from the ashes of the 2008 subprime mess. Any massive correction from a bubble presents opportunity, and they can lasts a few years, not just a knee-jerk upswing. 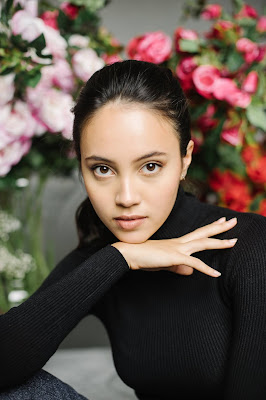 - From 2013 till even the present day, the markets have been characterised by loads of liquidity being poured into the markets via record low rates. The situation was further expanded owing to the pandemic rescue packages for the last 18 months. Low interest rates with liquidity is a magnet to large caps, and they have performed admirably since 2013.
- Emerging markets never seems to have a good run of more than 2 years. The third usually is a down year. This may be characterised as global funds flow bias. Global funds may plough their exposure but won't stay longer than two years. Once the main guys exit, it will be a down year. That's probably due to the fact that most emerging markets stocks are not in their benchmark or must have strategy. Two years up one year down, when its cheap enough, they get back in.
- Surprisingly small caps have not really done much better when compared to large caps. I see this anomaly was due to the deluge of liquidity at the top. Small caps were more of an indirect beneficiary from the liquidity deluge, but big funds cannot find enough size among small caps to soak it up well, which probably caused more big funds to stick with big caps. 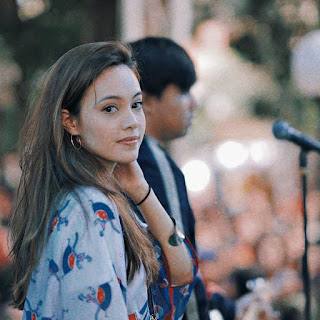 - Caught up in the data but not obvious must be the speedy evolution of what constitutes as large caps. Over the past few years, they are less oil & gas, big steel but more tech related. Hence we need to adjust our parameters when we are talking about large caps.
p/s: Anggika Bosterli was born in 1995, at the age of 21 (now 26) she is already having a strong foothold in the Indonesian film industry. She is one of the most desired women in Indonesia as she is a regional beauty with a little icing from a foreign country.

She became noticed for her exceptional beauty through her debut role in soap opera Fly with You. She has also Acted in FTV videos like Do Not Take My Husband and So Blue Pupils. Her recent film that was released this year is Aachâ€¦. Aku Jatuh Cinta.