Grab – A missed opportunity for Malaysia

PETALING JAYA: The news about South-East Asia’s first decacorn, Grab Holdings Inc, to be listed in the United States in a massive near-US$40bil (RM165.16bil) deal is a big loss for Malaysia.

“Super-app” Grab, known for its diversified services from ride hailing and food delivery to online banking, is a classic case of how a startup incubated in Malaysia was eventually lost to a neighbouring country.

Today, its valuation is more than double the market capitalisation of Malayan Banking Bhd, which is the country’s largest listed company.

The exit of companies with high potential such as Grab is indirectly a sign of lack of confidence in the domestic market and there is a pressing need for the government to address the issue. 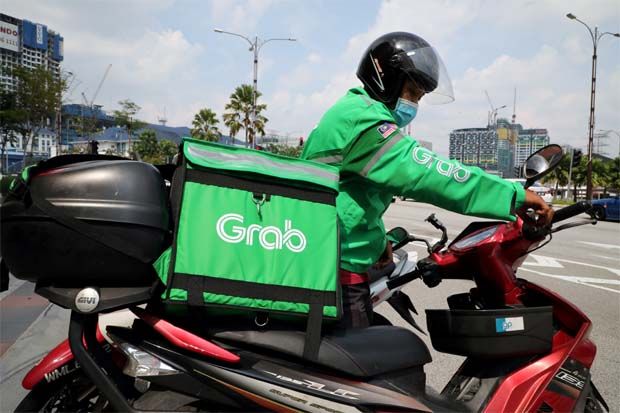 Above all else, Malaysia stands to lose huge economic opportunities and the chance to strengthen the domestic talent pool, if more homegrown companies seek to leave the shores if there is a lack of willingness to fund such ventures.

Previously known as MyTeksi, Grab was launched in 2012 and one of its earliest funding came from Cradle Fund Sdn Bhd, an agency under the Finance Ministry.

But as the company grew into a regional player, it shifted its headquarters to Singapore, although Malaysia remained an important market for Grab.

On April 13, it was announced that Grab will be merging with Altimeter Growth Corp, a special-purpose acquisition company sponsored by Altimeter Capital based in California.

The deal proceeds include more than US$4bil of fully committed private investment in public equity (PIPE). Permodalan Nasional Bhd is one of the investors under the PIPE, alongside notable funds such as BlackRock, Mubadala and Temasek. A source told StarBiz that a key reason for Grab to change its headquarters to Singapore was lack of funding from Malaysian sources to upscale its business further.

Grab is not the only “gem” that Malaysia has lost in the past.

Many other homegrown companies have preferred listings in other stock exchanges, including Hong Kong and Australia, compared to Bursa Malaysia.

In a written reply to the Dewan Rakyat back in 2019, the Finance Ministry said 68 Malaysian companies have been listed on foreign exchanges as of June 30,2019.

Experts are saying that Malaysian companies are leaving the shores in search of greater market accessibility, more diversified capital options and a high-quality talent pool.

They added that Malaysia needs to undertake important structural changes if it is serious about retaining such companies in the country. Socio-Economic Research Centre executive director Lee Heng Guie told StarBiz that the country has the ecosystem for startups to be built and strengthened, but more needs to be done to fine-tune the ecosystem as the needs for such startups are constantly changing.

“And this fine-tuning must be done fast, with a decisive mindset by the regulators. We can’t afford to wait until another major study is completed for us to act.

“We have the talent and ideas, which is why companies like Grab can be conceived. But the ecosystem has to be strong to bring these companies to the next level, ” he said.

Lee urged the regulators to have an open mind in evaluating ideas proposed by startups or in deciding about the financing required by the startups.

“The traditional business model may not apply in assessing new startups. Hence, a different approach is needed in approving funding or other assistance for the companies, ” he said.

Other areas that require government attention are taxation and access to financing via the open market, according to him.

“Singapore has an attractive corporate tax rate, alongside a vibrant and liquid market for investors. Our government needs to think on how to create a similar ecosystem here in Malaysia, ” he said.

Center for Market Education CEO Carmelo Ferlito said Singapore has a historical advantage based on political stability, a business friendly environment and a fair taxation system.

“The political change that started in 2018 in Malaysia, welcomed with high expectations, failed to meet those expectations for several reasons, including the Mahathir-centred approach to political economy and the short duration of the Pakatan Harapan experience, which probably did not allow for a proper and long-term vision to emerge.

“The Perikatan Nasional government, on the other hand, has been focused on Covid management but at the same time – at least until the end of 2020 – has manifested signals which are not well perceived by the business community: uncertain policies on hiring foreign talents, mix messages on taxation and an increasing regulatory role from the government, ” he said.

Ferlito also pointed out that Malaysia suffers from limited availability of digital talents.

He said government-driven actions to build talents could not fill the gap in the market, adding that “sound entrepreneurial initiatives can only emerge in the market”.

Ferlito, who is also a senior fellow with the Institute for Democracy and Economic Affairs, however said the narrative has started to change and a number of government agencies have launched positive messages toward the business community.

“Malaysia needs to be conscious that other countries in the region are also aggressive in trying to attract investments.

“I think that important elements to encourage startups can be a favourable tax regime and a flexible regulatory framework.

“At the same time, we need an easier process for foreign talent to step into Malaysia and attempt to build their operations hub here, ” he said.

Meanwhile, former investment banker and StashAway country manager for Malaysia, Wong Wai Ken, believes the country has the right foundation for businesses to flourish but still requires the right mix of capital, talent, incentives and regulations.

In addition, he said, startups and other companies should not be focused purely on government support and subsidies.

According to him, the ultimate success factor is finding product market fit.

“Ultimately, it comes down to the entrepreneur being driven enough to find ways to succeed by finding pain points and problems to solve.