In a filing with the Taiwan Stock Exchange, Hon Hai (known globally as Foxconn Technology Group) said the share purchase was done via its Singapore subsidiary Foxconn Singapore Pte Ltd.

Speculation is rife that the 5% stake buy will pave the way for the Taiwanese group to obtain direct shareholding in SilTerra, in which DNeX holds a 60% stake. Beijing Integrated Circuit Advanced Manufacturing and High-End Equipment Equity Investment Fund Centre (CGP Fund) owns the remaining 40% stake in the loss-making semiconductor company.

Sources familiar with the matter said Hon Hai’s ultimate target is to have a direct stake in SilTerra. It is not that keen on DNeX’s other core businesses. 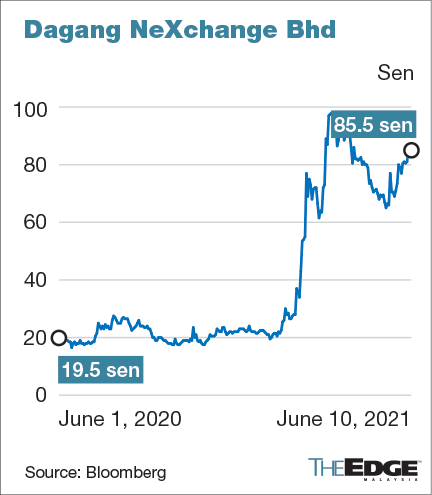 DNeX and CGP Fund in February won the bid to takeover SilTerra for RM273 million cash from Khazanah Nasional Bhd. Foxconn was said to have submitted the highest bid for SilTerra.

The semiconductor boom has made SilTerra a sought-after asset in the industry, as its peers want extra capacity to ride the strong demand, including for the low-end chips that are produced by SilTerra.

Since DNeX and CGP Fund bought over SilTerra, the question arises: how would the two new shareholders manage the ailing Kulim-based semiconductor firm, considering it is their first venture in the industry? Also, how much are the duo willing to invest in the capital intensive semiconductor fabrication business?

Going forward, Hon Hai, which was said to have submitted a bid to takeover SilTerra Malaysia Sdn Bhd last year, said in the filing that it will work hand-in-hand with DNeX in the field of semiconductors and electric vehicles businesses.

With this new partnership, Hon Hai said it will explore more investment opportunities in the ASEAN region.

It is worth noting that the company’s warrant (DNex-WA) has also nearly doubled since the middle of last month, although the derivatives will expire by the end of next month (July 30), which is about seven weeks later. The warrants, with an exercise price of 50 sen each, soared from 15 sen apiece last month to 30.5 sen on Thursday.