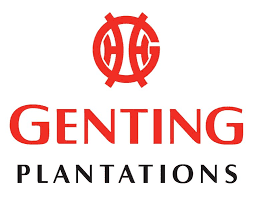 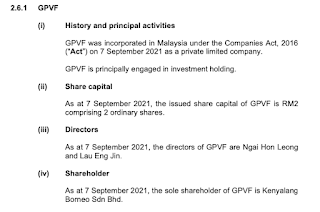 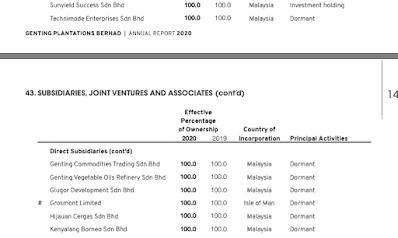 While the conglomerate who will be joining the consortium of 2 state governments and PUC has not been announced, judging from this development, it is likely to be another Genting company in the digital bank consortium but not the ones directly holding gaming licenses.

A 13% stake by GP is significant. More so, as it is a listed company on Bursa as well. We can surmise that this has to do with Genting Group's involvement in the application to obtain a digital banking license. The sheer size and depth of their assets, not to mention the ecosystem that they bring to the table, should propel the PUC/2 State government/Genting consortium to the top of the pack in terms of brand desirability, funding and overall ecosystem rejuvenation.

Bankability - A major part of a digital bank is probably deposit taking. Just pick any name from the 29 applicants. Would you deposit RM25,000 with them. I don't want to taint their names but you know the drift. Now the name PUC-Genting Bank ... you have no issues depositing RM500,000.

I believe the G and GP group  will be upping their stake in PUC in the future via two main ways: one, when the funding requirement comes in for the DB license (they may subscribe, underwrite or take up new rights issues); two, via injection of their  life sciences and technology companies/startups into PUC for shares (read further below). 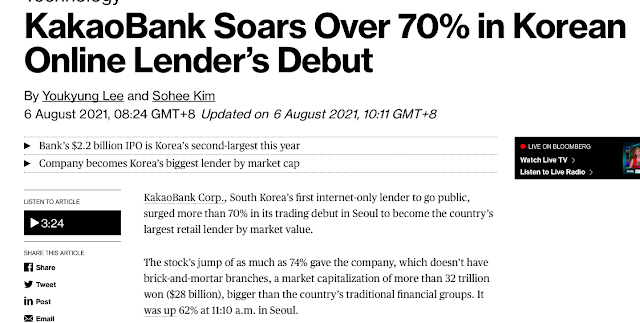 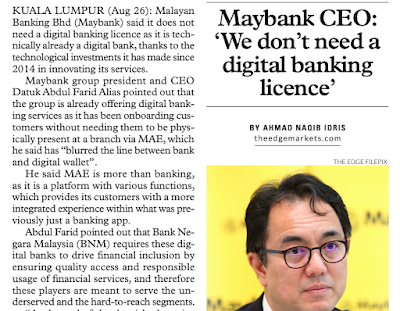 Why we have DB licenses is precisely that there are many areas current banks have failed to do. Most were weighed by down by processes and ladened by asset heavy strategy, comfortable in the norms of corporate and investment banking ecosystem.

Also, Bank Negara may want to give a bit more leeway to the number of licenses. We have been curtailing local bank licenses for the past 20 years. Yes, many were under capitalised and were hit by the 97 financial crisis and had to merge or sell. A country such as ours have left sufficient scraps on the table for the existing banks. The DB license is a chance to allow "birds to fly" with the advent of technology, the internet and the flattening of the earth in terms of markets and penetration. Be it 5 , 6, 7 .. it is a a very good thing to try and execute. Sure some may fail but to keep the number very low is certainly short-sighted.

I think 6 or 7 licenses can be considered more appropriate depending on what they bring to the table.

Successful applicants should  have their capabilities in the following areas:

Leverage unique capabilities to provide a differentiated service: Applicants must possess unique capabilities that will enable them to offer a differentiated proposition. May include: the user experience (a tech-native company may be better positioned); the range of services offered (an ecosystem owner might leverage its deep customer relationships to provide additional use cases for its products); or the ability to manage risk (an e-commerce platform or telco may have access to large volumes of data that can inform superior credit underwriting of “thin-file” customers).

Develop a safe and robust enterprise: Applicants must be able to assure regulators that they have designed their business models and target operating models to be resilient. To do so, applicants must identify any potential events or developments that would cause them to exit the market (for example, if the business fails), define governance processes for activation and escalation of an exit plan, establish a clear contingency plan, identify relevant indicators to be monitored, and outline a communication strategy for before, during, and after activation of the plan.

Positively impact society: Many regulators require applicants to demonstrate they can make a positive contribution to the local financial services and technology sectors, and to society more broadly. Applicants should articulate their intentions to hire locally, support the development of capabilities (e.g., through investment in skills development and hackathons, or by offering internships to local university students), and help position the host country as an innovator and digital financial services hub or leader.

Lim Kok Thay only put one of his sons on the board of Genting Bhd and Genting Plantations, Lim Kheong Hui. Looks like the junior Lim is being handpicked and groomed to take over someday in the future. If you note his career movements of late, it is significant to the realisation of this deal.

For a group as big Genting, you do not want to waste time buying small listed companies FOR TRIVIAL REASONS. As their time is limited to cover their investments, every single investment has to make sense and can be impactful to the bottom line. You want to manage 5 businesses, not 25 small ones which will drain you of your resources and time management.

If GP's involvement in PUC is only for the DB license, that's a bit short sighted I think. Below is what I think the real bigger picture will unfold for their involvement.

If you look up Genting Bhd's business divisions, there's Life Sciences and Biotechnology. Seriously, with their clout, they will be approached by many credible startup or series A/B/C round financing for promising VC type companies having a path to a probable listing in the near future.

However, looking at the revenue and profit of Genting, unless you strike  unicorn, any successful investment in these VC/startups/tech companies IS VERY UNLIKELY TO make even a small dent to the share price or deep balance sheet value of Genting group.

Strategically, you would want to put these companies into a smaller company like PUC to groom these companies. Hence I expect some of these companies to be put under PUC in the near future. I mean, seriously just Genting Bhd alone is at RM18bn market cap. It would be better value accretive to put into a separate listed vehicle. You can have a more "focused management" on these type of companies. You can raise funds specifically for them without them "clouding" the financial budgets of Genting Bhd. Imagine growing PUC from under RM500m to RM3-4bn. That would be significant, and a strong feather in younger Lim's cap.

This looked very similar and dejavu like to the roadmap of Li Ka Shing and Richard Li. The latter moved away from Cheung Kong to dabble/invest/grow in PCCW, Star TV, AIG Investments, HK Telecom.. to name a few.

CELULARITY - LISTED ON NASDAQ with a market cap of USD1.1bn. Celularity is a clinical-stage biotechnology company leading the next evolution in cellular medicine.

SYNTHETIC GENOMICS - Designing algae to produce renewable,low carbon, heavy duty transportation fuel for trucks and planes.
TauRx Pharmacueticals -  dedicated to research in neurodegenerative diseases and a leader in Alzheimer’s disease research. Our mission is to discover, develop and commercialise innovative products for the diagnosis, treatment and cure of neurodegenerative diseases caused through protein aggregation.

Needless to say, these companies would be better to be placed in a separate listed entity. GP's entry into PUC is highly significant in that respect.

There are 29 consortiums vying for the DB licenses. Apparently 4 have "dropped out" according to whispers, being deemed as not "qualified" by BN. Having GP (and indirectly Genting Group) behind the team must propel this consortium to the head of the pack as explained above. Then we have to look at "potential impact". At the Genting level, the DB license would not make even a small dent if/when its profitable. Imagine Sime Darby or IOI Group, the impact to bottom line will be minuscule.

A cursory look at the banks in Malaysia, they normally bring in RM1bn-2bn annual profits on average. New DBs if they have a good ecosystem to start and strong bankability, they should make RM50-100m a year after 3-4 years. Hence the potential impact on PUC should be highly significant as their current market cap is just over RM200m, even with the new share issues it will be shy of RM300m. Plus when they have to do fund raising, which I am certain the G group will back them all the way, the requirements laid out are not debilitating.

Hence an immediate upgrade in the valuation UC to RM300-350m would not be excessive. A conservative 15x RM50m = RM750m should be achievable should they get the DB license next year.

If ever the phrase "game changer" can be used, it is here.

a) Genting companies do not invest or take up substantial stake in another listed vehicle lightly. They have enough on their plate, they do not want to oversee and manage 25 businesses. Hence PUC is likely to be a significant company for them going forward.

b) There are enough reasons to hive off some of their biotech/startups to another vehicle so as to extract better value, have more focused type management pertaining to these type of companies, raise funds separately without clouding their gaming and entertainment emphasis.

c) PUC is likely to command a "Genting premium" in its valuation. That's largely on their network, portfolio, funding capacity and scale in investments.

d) The corporate name of Genting is probably the most sought after partner in the race for DB license. Its their bankability and the ecosystem that they bring to the table.

e) I see 30-35 sen being a soft target initially. As 1Q2022 draws closer to announcing the likely winners for the digital banking license, we may see "optimism trading" that may bring it to 60-70 sen.

p/s This is not a call to buy or sell. Just an opinion. Please consult your dealers/remisiers before acting. As always, there are risks inherent with any investments.