Home bursadummy The Rise & Fall of Transmile: What Can Investors Learn?

The Rise & Fall of Transmile: What Can Investors Learn? 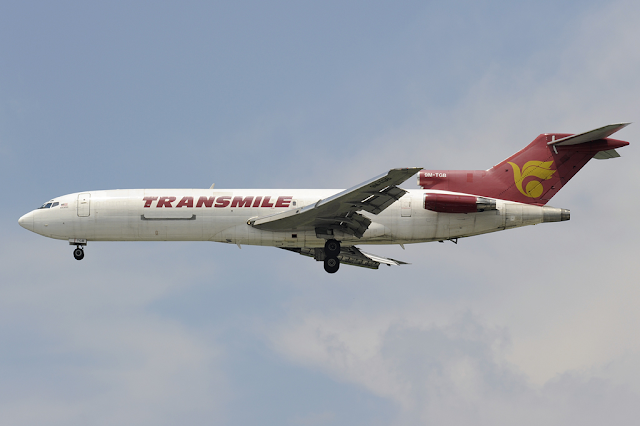 If you are long enough in the stock market, surely you would have heard of the scandal of Transmile.

Before I did my research recently about what has happened to Transmile, I knew very little about it.

I roughly knew that the company owned some airplanes, was related to Robert Kuok and was involved in an accounting scandal. That's all.

As currently the stock market has been overshadowed by alleged accounting fraud issue, I decided to find out what has happened to Transmile.

Perhaps we can learn something from it.

Transmile's main business was to provide air transportation and related services (mainly cargo) to its clients such as DHL, UPS, POS etc.

The scandal first broke out in year 2007. At that time, Transmile seemed to be a darling stock of every investors, including institutions, funds, foreign investors and of course, retailers.

It was a designated national cargo carrier. 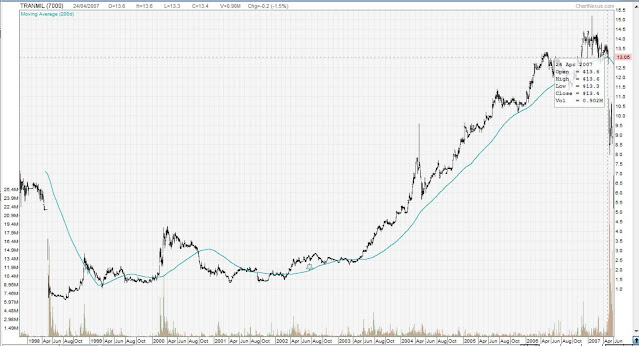 Even though I officially "entered" the stock market in 2006, I was not that aware of this scandal because I was not actively investing and I didn't read business news.

I remember one of my colleague mentioned that he didn't want to "play" in the stock market again because of Transmile.

What has actually happened to Transmile?

To make the story short, the top management of Transmile overstated the revenues and profits of the company for financial year 2004, 2005 & 2006.

It was only discovered in May 2007 when its external auditor refused to sign off its annual audited account of FY2006.

However, the timing was not on its side. Global financial crisis struck in 2007-08. Crude oil price rose sharply up to USD140/barrel and the high debts finally killed the company. 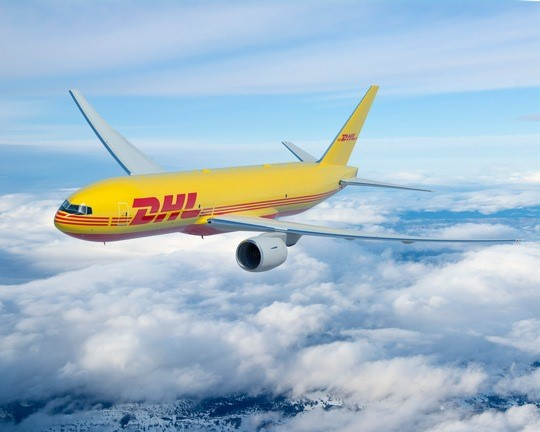 Transmile took only 4 years after it was founded to be listed on the second board in 1997. This was quite impressive.

After making loss in 1998 during the Asian Financial Crisis, it started its remarkable journey of growth from a revenue of just over RM100mil in 1999 to almost RM 1 billion 7 years later in 2006.

Its PATAMI grew at a magnificent CAGR of 45% and it was an uninterrupted growth in both annual revenue and profit for 7 years!

The graph below shows the revenue and PATAMI of Transmile from 1999 to 2006 before the scandal broke out in 2007. 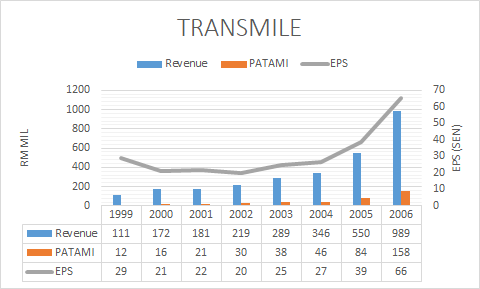 If I found out about this type of company at that time, most likely I would put my money in.

Nevertheless, despite the rise in net profit from 1999 to 2003, its EPS actually dropped due to a series of corporate exercises including bonus & rights issues.

Throughout the years, Transmile expanded its fleet quite aggressively with the acquisition of 10 new narrow body Boeing 727 and 4 new MD11 wide body aircrafts from 2000 to 2005.

Year 2005 was the exciting year as it acquired four MD11 aircrafts and two Boeing 727 in that year alone. 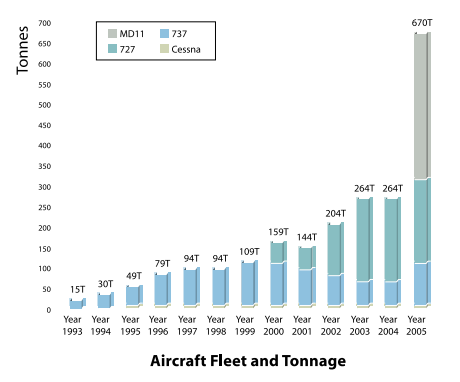 This high assets model and ever increasing debts played a big part in its downfall later.

The bar chart below shows the audited cash, total borrowings and net borrowings of Transmile. Its net debts surged in year 2005 because of the sudden increase in its aircraft fleet. 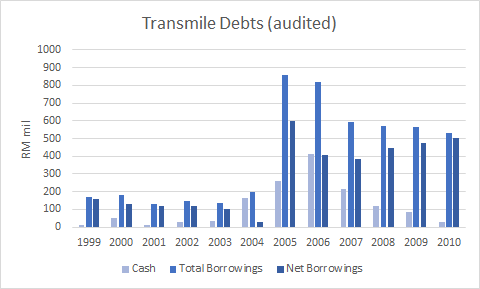 Anyway, it didn't seem to worry analysts and investors much, as the ever increasing fleet size was expected to bring in more revenue and profit to the company.

Year 2004 was an eventful year for Transmile which was full of excitement. This was also the year that the accounting fraud started according to the special audit.

The two largest shareholders of Transmile before this, who were the CEO (21.67% stake) and one NIED (14.63% stake), sold their shares at the same time.

From the following year's 2005 annual report, the CEO which was also the founder, had merely 0.21% stake remaining while that NIED was left with 0.05%.

The two largest shareholders and most important executive directors sold their shares like that and they were still running the company as usual. Is it a red flag to you?

Soon after this in April 2004, Dr Ling Liok Sik, the ex Transport Minister and MCA president joined the company as chairman. Surely he would bring a lot of business opportunities to Transmile.

Share placement of 7.9% was also given to Pos Malaysia Services Holding Berhad, a subsidiary of Pos Malaysia Berhad.

I can imagine how popular Transmile was at that time, especially with Robert Kuok on board, even though the Kuok did not take part in its daily operation.

Did the management face too much pressure to deliver until they decided to cheat?

It should be a good time for Transmile as more routes were opening up and it made its maiden flight to the US.

Did the company face cashflow issue despite the increasing revenues and profits?

The table below shows the cash flow of Transmile before the scandal (before special audit). Even with accounting fraud in year 2004 until 2006, it has already shown that the free cash flow was not good. For convenience, free cash flow here is Operating Cash Flow - Investing Cash Flow.

There seemed to be never-ending cash used in investing activities. The company needed to raise cash through share placement and borrowings.

Was there any issue with Transmile's receivables and PPE?

Abnormally increasing receivables and PPE are usually linked to accounting irregularities. Can we spot something out of it? 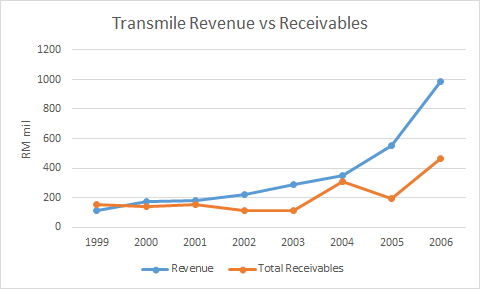 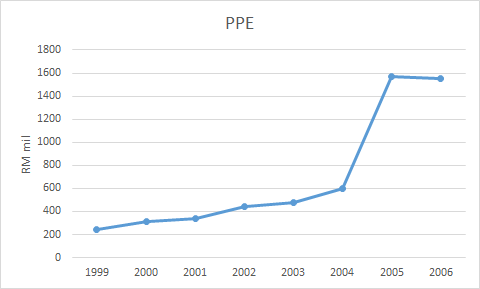 As expected, receivables will increase in tandem with the rise in sales. It does not look good in year 2004 when its total receivables was very close to its annual revenue. After that, it was like "normalize".
There was a sudden surge in PPE value in year 2005. The company added 4 MD11 and 2 Boeing 727 in that year. It seemed to justify the surge in PPE.
The common practice of accounting fraud is to inflate the sales, receivables and PPE. The special audit has confirmed that Transmile had overstated all of them, with fake sales transaction with unknown parties.
From the fake accounts of Transmile, I don't think I can spot anything wrong, as I'm not an expert.
Even Robert Kuok's team, foreign funds, EPF and professional analysts failed to do so.
Nevertheless, there are certainly some warning signs that we can take home from Transmile's case.
After cheating for almost 3 years, Transmile external auditor Deloitte & Touche (D&T) finally found something wrong in 2007.
On 14 Feb 2007, D&T alerted Transmile's audit committee regarding its concern over FY06Q4 financial result.
However on 15 Feb 2007, the board went ahead to release this suspicious FY06Q4 quarter result.
On 30 Apr 2007 which was the deadline for annual report submission, Transmile failed to submit annual audited report to Bursa. It applied for postponement but was rejected.
On 4 May 2007, D&T did not approve and refused to sign off its FY2006 account.
On 7 May 2007, Moores Rowland Risk Management (MRRM) was appointed to conduct a special audit on Transmile.
Ironically, MRRM was Transmile's outsourced internal auditor at that time but its auditing area was restricted.
On 25 May 2007, the first interim report of special audit was submitted to SC and announced to public 5 days later. It has already discovered overstatement of its 2006 & 2005 revenue and profit.
On 12 Jun 2007, all three members of audit committee resigned (2 INED & 1 NIED who sold almost all his shares to Kuok).
On 16 Jun 2007, the final report on special audit was released. MRRM took only 5 weeks to complete the investigation.
Accounting irregularities were found from 2004 to 2006. It might happen earlier but there was lack of documents.
On 2 Aug 2007, the CEO resigned, and this was followed by Dr Ling Liong Sik as chairman on 3 Sep 2007.

At this point of time, its share price has already plunged from RM14 to below RM4. 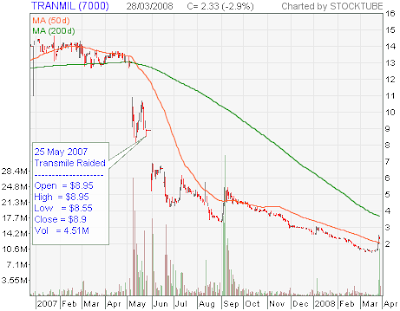 Major shareholders such as Kuok Brothers and Pos Malaysia held on to their shares until the company was delisted.

This might have given investors a lot of confidence as they hoped that the new management team installed would bring the company back to profit.

Some investors might hold their shares or bought the shares when it dropped because of the Kuok Brothers.

Despite the accounting scandal, its most important cargo business was still running as usual, with strong relationship with DHL, POS and others.

However, we know that eventually the company could not be saved. 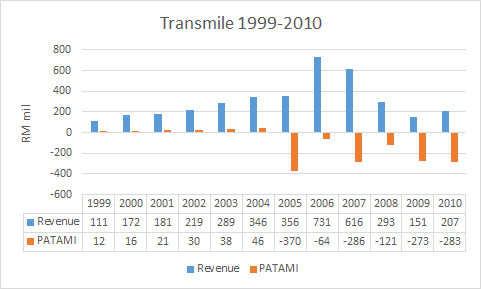 Transmile reported declining revenue and persistent losses after the scandal. There were overcapacity of air cargo, high fuel price and global financial crisis.

In May 2008, it started to default payment for its convertible bonds.

In Feb 2010, it was classified as PN17 when its shareholder equity was less than 25% of its issued and paid-up capital.

As it failed to come out with a regularization plan, it was suspended on 22 Feb 2011 and then delisted on 24 May 2011 after its appeal was denied.

If I'm not mistaken, it was only 6 sen per share before being delisted. 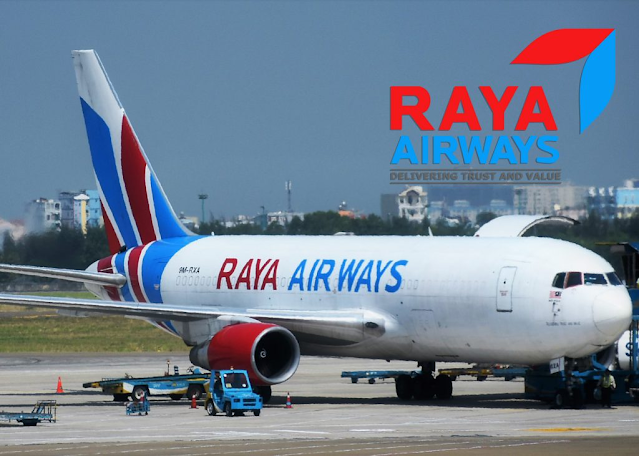