AFTER seven years of dismal share price performance, Coastal Contracts Bhd seems to have gained investor interest over the past three months.

The share price of the Sandakan-based integrated marine oil and gas (O&G) services and solutions provider climbed to a six-year high of RM1.84 on Jan 10, after more than doubling from 80 sen on Oct 7 last year.

Coastal Contracts principal founder and executive chairman Ng Chin Heng tells The Edge in a rare interview that the group is now out of the woods, and he remains hopeful of an O&G industry up cycle.

“O&G is a cyclical industry. We foresee plenty of opportunities in the coming years. As it is, the worst is over for the O&G sector and Coastal Contracts. I would like to think that this is just the beginning of an up cycle in the O&G industry, and it should probably last for at least another four to five years,” the 73-year-old industry veteran says in the virtual interview.

After completing his Lower Certificate of Education, Ng started his business journey in 1977, trading in animal feed, fertilisers and raw rubber. He then ventured into vessel chartering in 1982 when he acquired Coastal Transport (Sandakan) Sdn Bhd, a tug and barge hire company, which owned and operated four small old tankers at the time.

Ng subsequently acquired technical and management skills in tugboat and barge repairs and fabrication. He further improved his shipyard operation after visiting some shipyards in Malaysia, Indonesia, Singapore and China.

“I have seen many crises in my life, from the 1983 recession to the 1997/98 Asian financial crisis, 2008 global financial crisis, 2014/15 oil crisis and the Covid-19 pandemic. To me, as a businessman, the most crucial element for business survival is cash flow,” he stresses.

Ng acknowledges that since 2016, many market observers had thought Coastal Contracts was hibernating. But as a matter of fact, it wasn’t.

“Over the past few years, we have been working very hard and bidding for many jobs. Unfortunately, we also failed a lot. But if you think about it, when we successfully secure a major contract, we need to deploy a huge amount of capital. In addition, the banks were tightening [their lending] to the [O&G] industry. Therefore, it was important for us to preserve cash,” he explains.

As at Sept 24 last year, Ng had direct and indirect equity interest of 5.52% and 41.49% in the company respectively by virtue of Ivory Asia Sdn Bhd’s, his wife’s and children’s shareholdings in Coastal Contracts. He is the elder brother of Ng Chin Shin and Ng Chin Keuan, both executive directors of the company.

In the financial year ended June 30, 2021 (FY2021), Coastal Contracts returned to the black with a net profit of RM32.62 million, compared with a net loss of RM105.05 million a year earlier. Subsequently, it generated a net profit of RM21.95 million in its first quarter ended Sept 30, 2021 (1QFY2022). The stronger financial performance was mainly attributed to the substantially reduced loss of its shipbuilding and ship repair division, as well as stronger profitability from its vessel chartering business.

Over the past 12 months, the share price of Main Market-listed Coastal Contracts had gained about 153% to settle at RM1.75 last Tuesday, giving the company a market capitalisation of RM936.86 million. The counter is currently trading at a historical price-earnings ratio of about 15 times. It is worth noting that prior to the 2014/15 oil crisis, the stock had reached an all-time high of RM5.34 on Aug 8, 2014.

Notably, Coastal Contracts announced at end-December that a consortium led by its 50%-owned joint-venture (JV) firm Coastoil Dynamic SA de CV had secured a RM4.5 billion contract for its second onshore gas conditioning plant construction project in Mexico. The other 50% of the JV firm is held by Grupo Empresarial Alfair SAPI de CV.

Under the service agreement with Pemex Exploracion y Produccion, a subsidiary of Mexican state-owned petroleum company Petroleos Mexicanos (Pemex), Coastoil Dynamic will undertake the project — dubbed the EMC Papan Plant, with a capacity of 300 million standard cu ft per day (MMSCFD) — on the Ixachi Field in Tierra Blanca, Veracruz, Mexico.

It should be noted that Coastoil Dynamic’s first gas conditioning plant, namely the Perdiz Plant with a capacity of 180 MMSCFD, had commenced operations in July 2021. The plant is now operating at the optimal level of its production capacity.

According to Coastal Contracts chief financial officer Kong Wei Ket, the company’s share of profit from the two gas conditioning plants in Mexico is expected to be as significant as its jack-up gas compression service unit (JUGCSU) business has been contributing about 80% to 90% to its top and bottom lines in the last four to five years.

“Revenue-wise, we anticipate the EMC Papan Plant to contribute an annual revenue of about US$80 million (RM335 million) at the JV level. The beauty of this project is that it will provide recurring income for us over the next 10 years. From FY2022 and FY2023 onwards, we will definitely see a more diversified revenue stream, instead of relying heavily on the JUGCSU business,” he elaborates.

In fact, says Kong, JUGCSU is very much a gas processing business. But the difference is that it is being done offshore, whereas the Perdiz and EMC Papan plants are onshore projects.

Ng San Yang, personal assistant to the CEO, points out that Coastal Contracts has been gradually transforming its business model since 2014. The group used to undertake many offshore support vessel (OSV) fabrication jobs but in the past few years, it realised that this model was no longer viable in the current market.

Since then, Coastal Contracts has been looking towards more production projects similar to the JUGCSU business, which is now a key contributor to the group’s vessel chartering division. Meanwhile, the company continues to explore new opportunities in the areas of mobile offshore production units (MOPUs) and floating production, storage and offloading (FPSO) units.

“Last year, we secured two major contracts to undertake gas processing facility projects in Mexico. We are fortunate to have found a very good Mexican partner, Grupo Empresarial Alfair. We have been working with the company for the last 8 to 10 years. We have a similar corporate culture and we enjoy a good relationship with them. That is why we have been more successful in Mexico than in other countries,” says San Yang, who is Ng’s son.

He adds that Grupo Empresarial Alfair specialises in the land-based gas processing business, whereas Coastal Contracts’ strength is in marine-based O&G. Therefore, the two partners complement each other.

San Yang says their customer Pemex is very satisfied with the Perdiz Plant as it was delivered on time and has been operating and performing well. Meanwhile, the construction of the EMC Papan Plant has started and is slated to commence operation in 1QFY2023.

“We believe the two gas conditioning plants could bring Coastal Contracts to new heights. Coastoil Dynamic would be the only company that has the capability of undertaking these fast-paced projects in Mexico,” he notes.

“The gas that comes out of the Pemex facility is wet and sour. Our job is to get rid of the impurities such as condensate, and then sweeten the gas.”

San Yang says Coastal Contracts foresees that there will be more projects such as that in Mexico. However, the group’s main focus this year is to meet the tight deadline of constructing the EMC Papan Plant.

“From our understanding, Pemex is very keen on these gas conditioning plants due to environmental protection purposes. And if there are similar projects elsewhere internationally in the future, we definitely hope to team up with our JV partner again. Obviously, they are technically stronger than us,” he says. 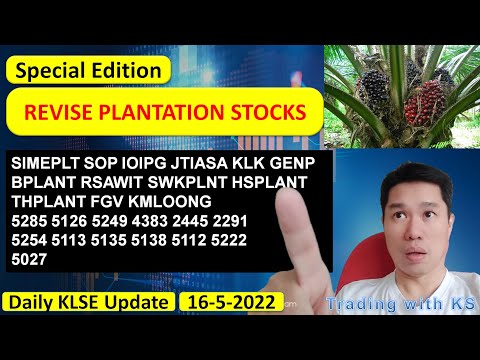