AGROCHEMICAL company Hextar Global Bhd has successfully turned around its business since Hextar Chemicals Ltd (HCL) was injected into the company by its major shareholder, an exercise that was completed on April 30, 2019, and led to a change of name from Halex Holdings Bhd.

Post-merger, Hextar Global’s stock, previously firmly in the penny category, surged to almost RM2, which catapulted it into the billion-ringgit club as its market size recorded sizeable gains. Prior to that, the stock was trading between a peak of 73 sen and a low of 15 sen.

According to absolutelystocks.com, Hextar Global’s market capitalisation has grown over 22 times in the last three years, from RM95.4 million in April 2019, to RM2.13 billion on May 19 this year, when it settled at RM1.64 per share.

Its valuation seems lofty, as the stock is trading at a price-earnings ratio (PER) of 54.15 times, compared with peers such as Ancom Nylex Bhd (17.85 times), Texchem Resources Bhd (13.02 times) and Samchem Holdings Bhd (6.10 times).

Hextar Global group deputy CEO Goh Hsu Ming tells The Edge that investors should not worry about the stock’s valuation, as the company has strong earnings growth potential.

“We are in a resilient and relatively stable industry, yet we are still evolving and looking for [more] acquisitions. While we do not have a firm dividend policy, we have paid dividends in the last two years. We are trying to balance between being a dividend play and growth stock — that is where we are positioning ourselves,” Goh says, adding the stock is not overvalued.

He says the company’s earnings prospects are supported by additional income from the acquisition of four speciality chemical companies last year, which will lower its forward PER. Goh’s optimism is underpinned by a combined annual profit guarantee of RM29 million from these companies, which would immediately boost Hextar Global’s earnings.

“Last year, we made just a shade under RM40 million in profit after tax (PAT), slightly less than the previous year, because we incurred a lot of costs due to acquisitions,” he says. “We hope to double or at least grow [the current PAT] by 50% within the next three years, with these profit guarantees.”

Borrowing to finance these buys pushed the company’s gearing up to 1.18 times in FY2021, up 306.9% from 0.29 times in FY2020. Goh says this should not be a concern because Hextar Global has no problem with trimming its gearing, given that its acquisitions are profitable cash-generating companies and came with profit guarantees.

“We will reduce it (the gearing ratio) when the cash flow comes in.”

On how the company plans to fund future buys, considering its high gearing, Goh says bank borrowings are still viable. The company can also make use of its cash pile and make cash calls.

“Banks will look at what you are buying. If you are buying a piece of land for development, a lot of cash would be required. We are not borrowing to start a business. We are borrowing to buy an existing business that is self-sufficient and generates cash flow from day one.

“We also have other options because we are a RM2 billion company. So, we can use shares to partly fund our acquisition. Also, there is about RM60 million cash in the company.”

Incorporated in 1990, the company now known as Hextar Global is principally involved in the trading and distribution of agrochemicals, manufacturing and trading of consumer products and agro-based technology. It also manufactures and distributes disposable healthcare products, such as wet wipes, cotton-based products and tissue products.

In 2017, Waras Dinamik Sdn Bhd — a private-investment vehicle owned by Datuk Eddie Ong Choo Meng and his father, Datuk Ong Soon Ho — emerged as a substantial shareholder in the then Halex. It made a mandatory general offer at 64 sen per share, cash, while keeping the company’s listing on Bursa Malaysia.

Following the business injection, the company, which had been loss-making for four consecutive years — with total losses of RM46.69 million from 2015 to 2018 — turned its business around. The return to profit also put Hextar Global on investors’ radar screens, as its share price climbed steadily. The stock closed at an all-time high of RM1.94 on April 5.

Prices of commodities have been on a tear recently, with items such as crude palm oil (CPO) hitting a record high. Hextar Global is seen as a beneficiary of this commodities rally.

“We are in a resilient and generally recession-proof industry. The market [we serve] is the plantation, which is a big industry in Malaysia and Indonesia, and we are lucky to be in this space,” says Goh, adding Hextar Global is the largest agrochemical firm in Malaysia, with Indonesia its biggest export market.

“By virtue, we sell a lot of our chemicals, such as herbicides, to these plantation companies. With current high CPO prices, oil palm players will have more incentive to consume more of our products,” Goh says.

Besides palm oil, Goh says, the company is also benefiting from other cash crops such as rice, fruit, vegetables and coconut, as these industries also consume its agrochemical products.

“The Malaysian government is encouraging people to do farming because we are still not self-sufficient in food production and have been importing a lot of food. We will definitely [look at how to] capitalise on this trend.

“Another good thing about this business is we operate on a cost-plus mechanism. Even now, with rising freight charges and supply chain disruptions, we are able to pass on these additional costs to the customers.”

The company’s raw materials are also suitable for prolonged storage, allowing for better management of the raw materials. 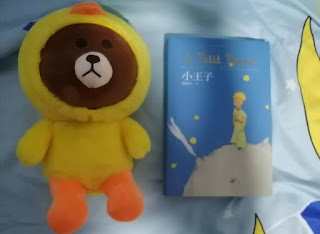