BAT has expressed opposition to the present administration's 'generation end game' proposal, in which the Health Ministry seeks to stop the sale of cigarettes and other smoking products to people born after 2005. (Bloomberg pix)

CGS-CIMB Research said the Finance Ministry has also not indicated it is considering stakeholders' grouses against the RM1.20 per millilitre (ml) excise duty for vape liquid and gels.

"And the economic re-opening, in our view, should kick-start BAT's sales volume to slide again as smokers will need to reallocate their incomes to other obligations," the firm said in a note.

BAT has expressed opposition to the present administration's 'generation end game' proposal, in which the Health Ministry seeks to stop the sale of cigarettes and other smoking products to people born after 2005.

"Rather than astroturfing behind third-party experts or non-profit organisations, we believe BAT, being an industry player, speaking up for itself sends a strong signal to the government that the 'generation end game' comes with a domino of social risks that will ultimately enrich black market players," it said.

BAT had presented its view to the government, where it shared case studies of countries that implemented a blanket ban on smoking and ended up amplifying their shadow economies and smoking populations.

BAT said the government could slash smoking prevalence in Malaysia by promoting vaping as a smoking cessation tool, as the UK's National Health Service (NHS) is doing.

"BAT also repeated what we have been writing over the past months: the Finance Ministry's proposal of RM1.20 per ml excise duty rate for vaporiser products' and electronic cigarettes' nicotine-based liquid and gel are too high, and it would only dissuade smokers from turning to vapes.

"We, however, fear a worse situation—it would spawn a new black market for vapes and their liquids and gels. Therefore, the excise duty will only be imposed once Parliament passes the tentatively titled Tobacco and Smoking Control Act," it added.

CGS-CIMB Research has reiterated its 'Reduce' call on BAT, with a lower target price of RM8.77 from the previous RM10.53. 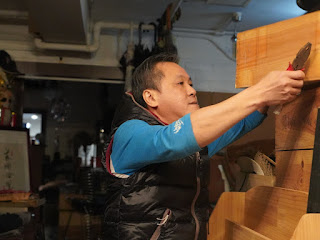