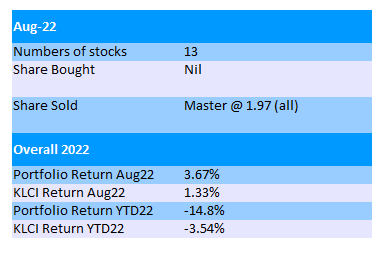 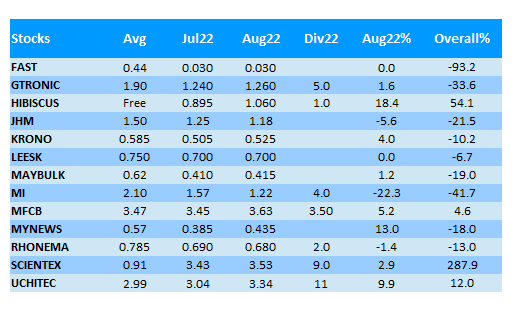 In August 2022, MI suffered a meltdown and lost 22% in one month's time. However, my portfolio still manage to register a monthly gain of 3.7% thanks to Hibiscus, myNews and Uchitec.

As a result, its share price rallied from 80sen+ to over RM1.00. The drop of Brent oil below USD100 and the tax dispute with Sabah government might have prevented its share price to re-visit RM1.50 level.

Its cash flow is generally OK and I think it should be able to achieve at least 20sen of EPS in FY23 even if the Brent oil falls to USD70-80.

Currently Brent oil has dropped to below USD90/bbl. 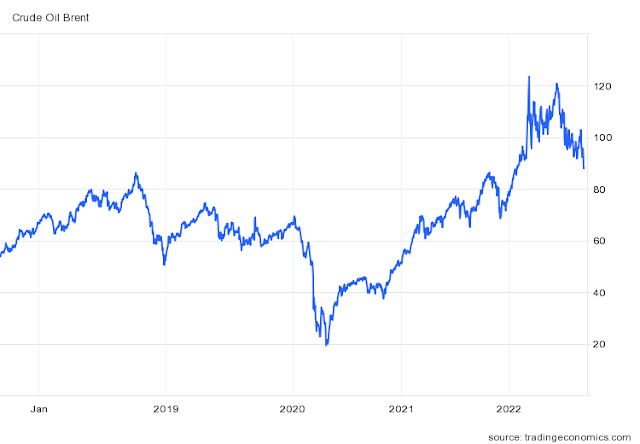 Besides Hibiscus, another company in my portfolio which reported a spectacular result is Uchitec.

It's a 22.8% improvement in net profit compared to immediate preceding quarter, while the USD only strengthened about 2.5% in this period of time against MYR.

The rise in net profit was mainly due to increase in demand for its products and services.

Its share price tops RM3.30 which might be the highest in history. Previous high was around RM3.20 in Mac 2021.

Its dividend for FY22 should be better than 20sen in FY21. I predicted a 24sen dividend which will be a good 7% yield at share price of RM3.30 if it is true.

In current quarter, 51%-owned Serudong Power in Sabah has restarted operation in May22 to facilitate future disposal.

It manage to register a marginal RM0.1mil profit from RM24.4mil revenue in 2 months time.

MFCB has planned to dispose this diesel-fueled power plant in Tawau after its concession period has ended in year 2017. The initial disposal agreement was terminated though. 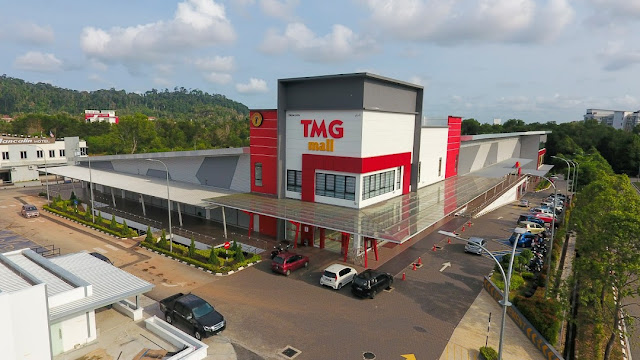 Maybulk's FY22Q2 net profit of RM61mil (EPS 6.1sen) is mainly due to the gain from vessel disposal.

With only 4 vessels left and the BDI dropped to pre-Covid level, surely its net profit every quarter will fall below RM8mil.

Without surprise, Maybulk announced in mid Aug22 that it has a plan to diversify into grocery business.

What surprised me was that Maybulk seemed to start the grocery business from scratch with the assist of Tunas Manja Sdn Bhd (TMSB), not the acquisition of the existing business of TMG Mart and hypermarket owned by TMSB as I thought.

As at the end of Jun22, Maybulk has a net cash of RM332mil, with zero borrowings. Its NTA stands at 56sen.

Currently there are already 85 TMG outlets mostly in Pahang state.

Maybulk will bear the set up fees and pay a support service fee of 1.25% of the total revenue monthly to TMSB.

Grocery business's margin is already thin and it still needs to pay extra 1.25% as service fee...

From The Edge's report, TMSB only made RM2.23mil net profit for the year ended Mac 2021. With such an "expertise", I wonder how long will it take for Maybulk to turn profitable in its grocery business.

Nevertheless, about two weeks after the first announcement, Maybulk released another announcement saying that it planned to acquire the entire issued share capital of TMSB at a price to be determined later.

The settlement of purchase consideration will be either by cash or shares at the price of 42sen per share.

I wonder why Maybulk did not make both announcement together at the same time. Is there a sudden change of plan?

Anyway, I think it is better to acquire the entire stake in TMSB. Since TMSB still doesn't make much profit, I hope that the purchase price will be "cheaper".

If TMSB is just targeting the cash in Maybulk, then it won't be good.

From TMG Mart's website, even though the first TMG supermarket was established in 1986, the aggressive growth in store count only happened since 2019.

Can TMG perform well in such a super competitive landscape?

Latex price has since softened in Q3 and it should reduce some cost pressure on LEESK.

I will still keep my FY22 EPS estimation of at least 80sen. 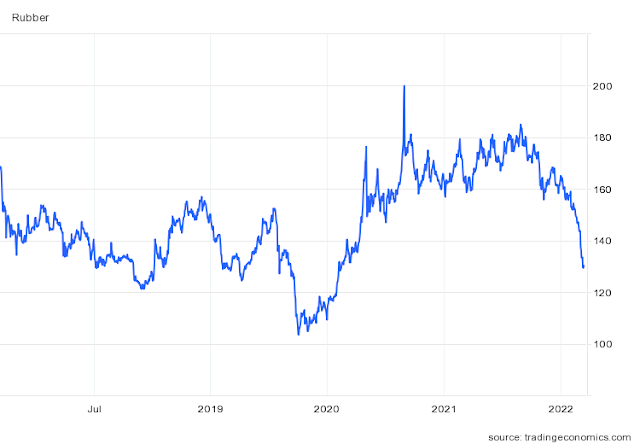 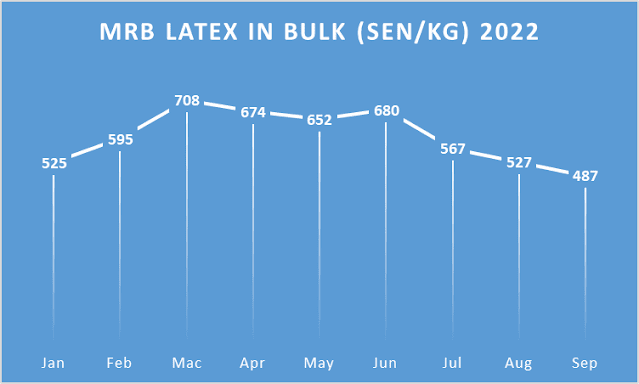 Rhonema's latest FY22Q2 result is slightly disappointing to me as PATAMI dropped 12.6% QoQ to RM3.0mil (EPS 1.36sen), despite a marginal improvement in revenue.

Its revenue from dairy farming fell 65% from RM3.3mil to RM1.1mil compared to preceding quarter of FY22Q1.

Animal health products and food ingredients segment perform reasonably well but could not escape the negative effect of increased cost.

JHM might be the worst among all the companies in my portfolio who released their results in Aug22.

I think the cash flow should improve over time and I just hope that the profit margin will follow as well once the new projects achieve economy of scale.

The situation of JHM is very similar to MI and it's not a surprise to see both their share price heading south after the release of their financial results.

These two tech stocks are definitely not easy to hold at this moment of time. I might need to wait for a while to see whether their businesses are heading towards the right direction...

I have sold all my shares in Master at RM1.97 after its share price suddenly surged. Now it has gone above RM2 but I don't hold too many of its shares anyway.

I have even more cash now but I still can't find a stock to invest in, perhaps now I don't study listed companies as much as I previously did.

The sad thing is, I don't feel comfortable to add more shares of all those stocks in my portfolio now. It sounds pathetic, isn't it?