Home invertinvestment "The Most Important Thing" by Billionaire Howard Marks

"The Most Important Thing" by Billionaire Howard Marks Howard Marks needs little introduction, he is one of the world's most well-known value investors and also the co-founder and co-chairman of Oaktree Capital Management. According to 2017 Forbes, he has a net worth of $1.91 billion.

"When I see memos from Howard Marks in my mail, they're the first thing I open and read."
- Warren Buffett

By that you can see the importance and influence Howard Marks has in the investment community, and I encourage you to read his memos https://www.oaktreecapital.com/insights/howard-marks-memos. Enough of introduction, let’s start the discussion of what I've learned from the great book "The Most Important Thing" by Billionaire Howard Marks.

1. Investing Is Full of Randomness

For example, you may have done lots and lots of research for a stock and you were so sure that it will thrive, nonetheless it ended up becoming a disappointment due to unforseen events such as political events, wars and natural disasters which you couldn't have predicted at the time you were making that decision. Does that make your decision less prudent? NO, provided your research was correct and you had a margin of safety. Vice versa, if you made a bad decision and some events bailed you out, that doesn't mean you decision was good.

Today there are a whole lot of sifus (experts) out there, touting their investment skills of how they’ve made 100% or 200% gains on a single stock. To me, a single stock or a single year or two don't prove anything. They could just took a longshot and got lucky.

Action Item: Before you buy investment lessons or tips, ask "Can you show me your track record"?

Howard doesn't believe in macro forecasts like GDP, interest rate, stock markets and so forth. He's not saying forecasters are always wrong. In fact, many are right most of the time. For instance, last year GDP grow 2%, many forecasters then forecast that GDP will grow this year at 2% too. This works most of the time because usually the future looks like the recent past. The problem is these forecasters don't make any money because the GDP of 2% was cooked into the prices of securities long ago. Forecasts that make money are forecasts of radical change. For example last year GDP growth was 2%, you forecasted 6% this year and if you are right, you are going to make a lot of money. But it's very difficult to make deviant forecast correctly, and consistently.

"Most of the time when people forecast right, it's because they predicted extrapolation and nothing changed. Once in a while, something changes radically, and invariably somebody predicted it, but if you look at the person's forecasts over the years, you will notice that person always made radical forecasts and never was right any other time."
- Howard Marks

I could relate this very well, I very much hate all the short term forecast about the KLCI index. When there's dip, you will see all the analysts worry about the negative sentiment and are of the opinion that tomorrow there will be a dive again. But when the market turns positive, you will then see they write in their reports that they foresee winning streak is coming and expect KLCI to close higher. It's not uncommon to see analysts change their opinions a few times in a week. To me, these so-called analyses don't provide much value other than pure extrapolation which a 5 year-old kid can do equally well.


3. Investing Is More of a Loser’s Game Howards got this idea from "The Loser's Game" by Charles Ellis. The idea is that if we look at amateurs' tennis (or any racket sports), we win not by hitting winners but by avoiding hitting losers, i.e. we want to just outlast the opponent because there's no need to hit the tough shots that are so fast and well-placed as that will just force ourselves into making errors. The same applies in investing.

By the same token, Howards thinks that rather than chasing those once-in-a-while superior returns by taking on more risks, controlling risk is more important. He would rather have reduced risk at a given return than higher return at a given risk. It's because when the markets are rising, risk control is invisible and even penalized by having lower returns, but when the tide goes out (as Warren Buffett observes), we can then tell which swimmers are clothed and which are naked.

He has an interesting anecdote which tells that there was a pension fund which had never been above the 27th percentile or below the 47 percentile of all funds for 14 years, it was solidly placed in the second quartile. But guess how did the pension fund perform for the entire 14 years? The fund was in the 4th percentile! It beats 96% of all funds although it was never been above the 27th percentile! It's truly amazing and counter-intuitive. It shows that we need to be just above the middle on a consistent basis over the long term and we will beat most of the people, there's no need to take extra risks which will burst you out of the game. 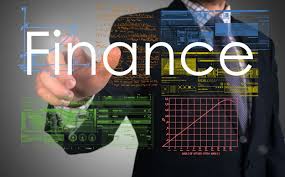 Action Item: Don't try to be the hero who takes unnecesary risks to gamble in stock markets. You could get lucky and get some handsome returns say 100%, but at the same time, you are exposed to more risks which means you could easily blow up and lose say 50% of your money. And everyone knows how much we have to break even after losing 50%, right? It's 100%, and it's not easy.

Do comment below what you find interesting/counter-intuitive/useful/profound/wrong about this article. My favourite one is definitely the pension fund anecdote. If you enjoy this article, you can like my Facebook page to see more articles like this. They are coming out weekly. Thank you.