WITH the value of several of its core companies down significantly, it could be tough for Khazanah Nasional Bhd to post another year of positive investment performance as it did in 2017 this time around.

As it stands, the underperformance of at least nine locally listed companies in Khazanah’s portfolio of investment have seen a total of RM64.5bil in market capitalisation (market cap) being wiped out since the start of 2018 as their share prices plunged. (see table)

That’s a stark contrast to 2017, when surging stock prices in the local bourse helped propel the overall value of Khazanah’s investments to an all-time high.

This year sees a combination of factors contributing to the decline in the share prices of the companies, in which the sovereign wealth fund owns significant stakes. And these include poor overall market sentiment amid rising economic uncertainties and foreign investors exiting emerging markets such as Malaysia in favour of safe-haven assets such as the US dollar.

Besides that, each of these companies is also facing its own unique challenges such as weak earnings and management changes amid the shake-up in government-linked companies (GLCs) after Pakatan Harapan took over the government following its victory in the 14th General Election (GE14) on May 9.

In the case of Axiata Group Bhd
image: https://cdn.thestar.com.my/Themes/img/chart.png

, for instance, its shares have been on a downward trajectory since May after the telecommunications conglomerate unveiled it had slipped into a first-quarter net loss of RM147.4mil due to a investment loss in India.

Three months later, Axiata’s shares took another hit after it unveiled that its net loss had widened to a whopping RM3.4bil in the second quarter. The group’s shares have since fallen to an eight-year low with a total market cap loss of RM18.7bil year-to-date.

(TM) has registered a year-to-date loss of RM14.8bil in market cap.

On top of that, TM has also come under pressure under the new government policy that requires telcos to lower their broadband prices and improve the quality of their services. These initiatives are good for consumers but they have further dampened the earnings visibility of telcos such as TM.

In addition, TM has also been subject to management changes. 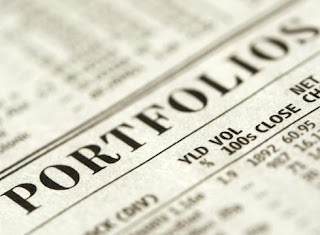 Last Friday, its acting group CEO Datuk Bazlan Osman suddenly resigned. While no explanation was given over his shocking departure, market has been abuzz with talk that TM is facing “challenging times with pressure mounting on its performance and it is slow to act when the government wants the country wired up with fibre sooner”.

Bazlan was appointed to the post after Datuk Seri Mohammed Shazalli Ramly quit the job in early June shortly after Pakatan came into power.

Overall, the challenging operating landscape against the backdrop of declining profit margin, cut-throat competition and large capital expenditure requirement have made telco stocks fall out of favour with investors.

Besides Axiata and TM, two other Khazanah’s core companies that have reported weak earnings in recent months are IHH Healthcare Bhd
image: https://cdn.thestar.com.my/Themes/img/chart.png

Conversely, others such as CIMB Group Holdings Bhd

have reported earnings growth, and yet their shares have not been spared from the broad sell-off.

CIMB, for one, has been under the spotlight due to uncertainties over changes to its management team.

After much speculation, CIMB’s ex-chairman Datuk Seri Nazir Razak – who is the brother of ousted premier Datuk Seri Najib Tun Razak – left the country’s second-largest lender in September after 29 years at the bank.

MAHB in June already saw the retirement of its then managing director Datuk Mohd Badlisham Ghazali after the PH government refused to renew his contract.

MAHB’s shares have underperformed due to uncertainties in the aviation sector, which have been exacerbated after the government announced a proposal to set up the world’s first airport real estate investment trust (REIT) during the tabling of Budget 2019 on Nov 2.

Earlier, MAHB, along with IHH, have also been affected by the recent financial crisis in Turkey. Both companies have significant exposure to Turkey, while TNB also has limited exposure to the economy.

Khazanah’s investment portfolio comprises interests in more than 100 companies across multiple sectors, industries and geographies. About 55% of its realisable asset value (RAV) by geographic exposure is in Malaysia, with the remaining 45% located overseas.

This compared with its NWA, which is the value of its listed portfolio after stripping out its debt, of RM102.1bil in 2016.

The growth in NWA last year, according to Khazanah, was mainly attributable to the increase in the share prices of its locally listed companies as well as its investments in technology companies and stocks in China.

The group reported a pre-tax profit increase of 84.7% to RM2.89bil last year, and declared a dividend payout of RM1bil to the Government.

According to a market observer, however, one need not be too concerned over the impact that the current the underperformance of Khazanah’s core companies has over the fund’s investment value. “It is a normal cycle – and a temporary phenomenon. Khazanah itself is going through a reorganisation under the new leadership, which implies an impending change in investment mandate,” the analyst with a local bank tells StarBizWeek.

“We expect the group to eventually pare down its interests in certain non-strategic companies – probably, exit from some – to return to its ‘original purpose’, and rebuild its investment value from there,” he adds.

In a recent interview with Bloomberg, Azmil was quoted as saying that Khazanah’s new board is currently looking at a possible change in investment mandate.

He said a broad idea of the changes would likely be unveiled by year-end.

Indeed, Khazanah has entered a new era since the fall of the Barisan Nasional government in May.

Shahril, who took over the position effective Aug 20, was formerly the chief executive officer of the Employees Provident Fund.

According to a source, Khazanah will be kept in its current format, but the direction it will take is going to be different. The source expects Khazanah to invest in industries banks are hesitant to bankroll, but serve an important role in the development of the Malaysian economy.

“Those days it was in heavy industries. Going forward, it will be in new industries that will be important in today’s industrial revolution,” he says.