GENTING Malaysia (code: 4715) put on some healthy gains over the course of the week but failed to end the week above a major resistance.

Momentum has built up in the counter over recent days owing to the onset of a positive catalyst.

However, while an attempt was made to rise above all the key simple moving averages (SMA), the share appeared to face some consolidation pressure near the uppermost 200-day SMA.

The gaming and hospitality counter has been on a recovery since hitting a trough on March 23. A bullish trend has been developing on the daily price chart with the short-term 14- and 21-day SMAs on a rapid ascent. At the start of June, the 50-day SMA made a U-turn to join in a growth trend. 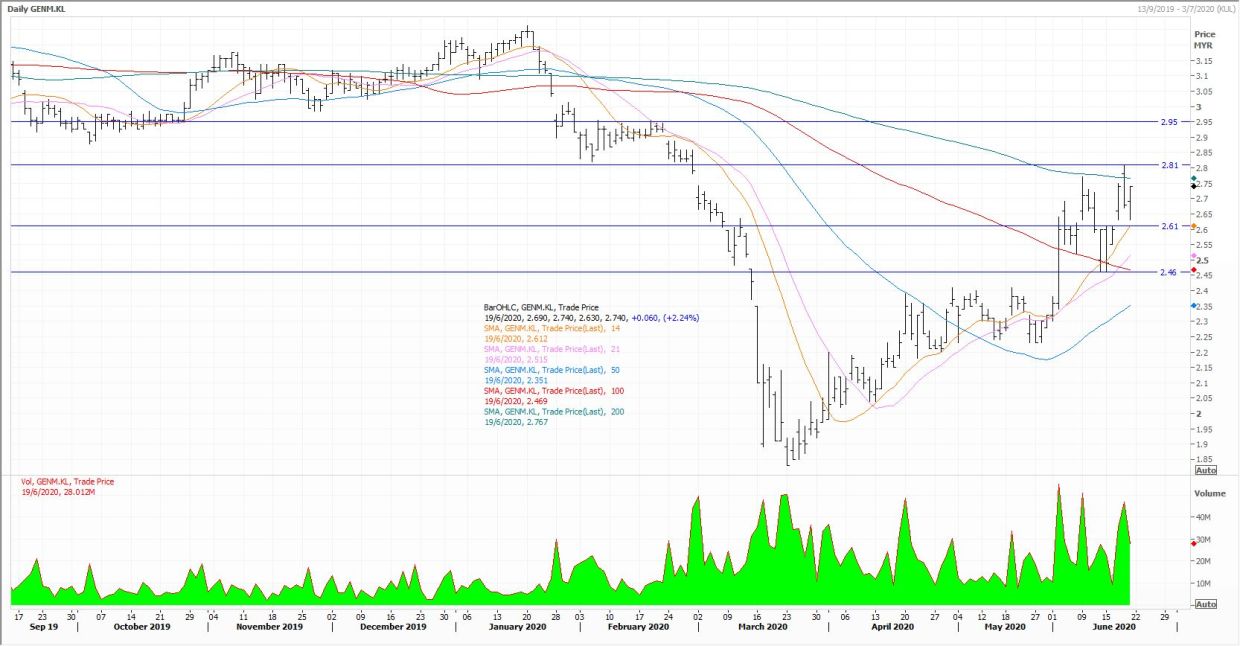 Over the coming sessions, it will be left to be seen if the share price is able to pass the recent week’s high of RM2.81 to maintain an upward tajectory or if consolidation pressure will take over.

Nevertheless, any sideways movement in the share price is expected to be temporary as the 50-day SMA continues to rise towards a positive crossing with the decelerating 100-day SMA, which will indicate a return of bullish momentum.

In the event of a positive breach of the hurdle, the stock could advance further towards a higher target of RM2.95, which would take it to February levels of trading.

Immediate support for the stock is pegged to RM2.61 while lower support can be found at RM2.46.

Given the recent rise in share price, the slow-stochastic is now testing the overbought line at 79 points. The 14-day relative strength index is also rising at 65 points, and remains at a healthy level.

The comments above do not represent a recommendation to buy or sell.