TYCOON INSIDE THIS STOCK !!! NOW SHAKINF OFF WEAK HOLDERS
BEFORE MONSTER RALLY !!!
Hello to all readers out there. Recently, I saw that many penny stocks had started to rally, indicating that we are no longer in a bear market, as the bull market players have started to mark up the third or lower liner stocks.
Having said the above, the stock which I'd like to talk about today is ZELAN BERHAD (ZELAN - Stock Code 2283, Main Market, Construction)
BASIC INFORMATION ABOUT ZELAN
ZELAN core business:
i) Engineer & Construction
ii) Asset Facilities Management
iii) Property & Development
Market Capitalization : RM 54.92 million
Shares Float : 844.92 million
Website : http://www.zelan.com/home/
1. TYCOON TS SYED MOKHTAR BUKHARY IS MAJORITY SHAREHOLDER OF
ZELAN THRU MMC CORPORATION
Let's see below the latest list of ZELAN major shareholders. As we can see, there is only 1 major shareholder which is MMC CORPORATION BERHAD with 39.24% shareholdings, which we all know is a vehicle majority owned by TS Mokhtar Bukhary.
Even the number 2 shareholder, has only 2.96% shares. Therefore, this indicates to me that the selling in the market are mostly done by weak holders who would like to get out of this stock, as the biggest shareholder MMCCORP has not sold a single share since the past few years.
Also, as ZELAN had turned profitable the last few quarters, MMCCORP might be potentially be sourcing out some jobs to ZELAN to improve their financials. After all, it is the majority beneficiary should ZELAN stock price move up. 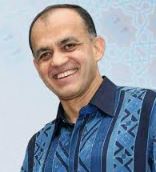 2. CONSISTENT BEING IN PROFIT FOR THE PAST 3 QUARTERS, A VERY BIG
CHANGE IN FINANCIAL TREND
Refer below latest QR summary for ZELAN. We can see in FY2018 and FY2019, that ZELAN was 3 quarters in losses and 1 quarter in profit.
But for the most recent FY2019, we saw that ZELAN had recorded 3 latest QR profits, after a loss in the first quarter. Revenue had been slightly on the average side.
This indicates to me, that the long term financials of the company are improving and turning into a healthy company. With the proper boost in projects and jobs, ZELAN could once more be heading towards its former glory days in FY2014 where it was trading at 40c and above. 3. ARBITRATION WIN OF RM 297.6 MILLION TO BOOST UP NTA BY 35 CENTS
Refer to below news in August 2019 which ZELAN stock had soared after winning an arbitration proceeding of 264.6 million Dirhams (RM 297.6 million) against Meena Holdings LLC, after the International Court of Arbitration, International Chamber of Commerce (ICC) ruled that its wholly-owned subsidiary termination of contract was valid.
ZHSB had on Aug 18, 2016 initiated arbitration proceedings against Meena over breaches and defaults of the latter under a contract for the development of the Meena Plaza project in Abu Dhabi, the United Arab Emirates.
The above arbitration winnings would be a big boost to ZELAN. With RM 297.6 million in hand, this represents a cash pile of 35c per share, which is about 6 times the current market cap.

4. TECHNICAL ANALYSIS - PENDING BREAKOUT OF EMA365 AT 7.5 CENTS ON
THE BACK OF IMPROVED TRADING VOLUME
Refer below the basic price and volume chart with key EMAs for ZELAN daily chart : A few observations on the daily chart chart:
i. Refer Circle 1, this was the day ZELAN was awarded the arbitration winnings of RM 297.6 million. Since then the price had downtrended
ii. Refer Circle 2 & 3, ZELAN had hit a recent low of 3c in March 2020, however the trading volume was very thin, indicating only weak holders exiting this stock at the lowest point
iii. Refer Circle 4, the trading volume in ZELAN significantly improved, and we can see that selling is very small in a down day, as compared to buying up volume during up day
iv. Refer Circle 5, now ZELAN is pending a breakout above EMA365 at 7.5c to confirm long term uptrend
CONCLUSION
Considering all the above, I opine that current price for ZELAN is attractive due to below:
i) Tycoon TS Syed Mokhtar Bukhary is a majority shareholder thru MMCCORP with 39.25% shares
ii) For recent FY2019, recorded 3 QR profits and 1 QR loss, which is a big reversal of trend in its financials
iii) Arbitration win of RM 297.6 million to boost its NTA by 35c
v) Weak holders being shaken out, and buying volume significantly improving to test a breakout of EMA365 above 7.5c soon
LET’S SEE HOW THE SHARE PRICE MOVEMENT IN THE NEAR FUTURE FORBEARING ANY GOOD CORPORATE NEWS.
Disclaimer : The above opinion is never intended to be a BUY CALL whatsoever. I am sharing my observations ONLY based on fundamental; past history; current trading pattern; charts etc. Please make your own informed decision before buying this share or whatever share for that matter.
BURSAMASTER