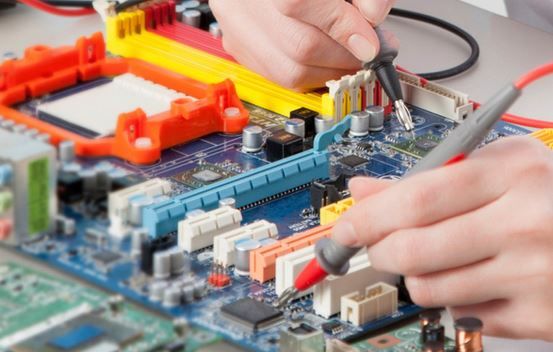 KUALA LUMPUR: CGS-CIMB Equities Research reiterated its Overweight call on the tech manufacturing services sector as it still sees upside to valuations which have not fully priced in the steady recovery in sales and margins in CY20-21F.

In its sector report on Friday, the research house said key re-rating catalysts for the sector include: i) stronger-than-expected recovery in sales and margins; and ii) the onboarding of new large clients, once movement restrictions gradually ease.

“Our preferred pick for the sector is SKP Resources as:i) its valuations appear to be the most attractive among peers against the backdrop of strong revenue and margin recovery, while ii) offering expected attractive CY20-22F dividend yields of 3.2%-4.7%, ” it said.

CGS-CIMB Research said the implementation of the Movement Control order (MCO) on March 18 initially cause production halts for VS Industry (VSI), ATA IMS (ATA) and SKP.

“Approvals to resume production only came around at end-Apr, and production gradually ramped up from early-May after preparations for new standard operating procedures and health precautions.

“Initial fears of supply chain disruptions and logistical bottlenecks appear to have abated with the easing of movement restrictions globally, ” it said.

The research house said while the impact of the MCO will likely rear its head again in the next reporting season for ATA and SKP (1QFY3/21F), checks across the sector suggest a swift recovery in sales after operations resumed post-MCO.

It believes production levels should recover to pre-MCO levels by 3QCY20F.

Order visibility from the EMS players’ key common customer appears to have remained robust, with no discernible weakness for at least the near-term (three months rolling orders).

Nonetheless, it thinks concerns on end-demand sustainability in the medium term due to the global economic slowdown are valid, posing some downside risks to our full-year forecasts.

During the latest analyst briefings, VSI and ATA reiterated their ongoing active efforts to secure new customers, despite facing difficulties due to the ongoing movement restrictions.

ATA is ramping up production for its five new customers that it secured in 2019, although contributions are likely to be small (<3 br="" fy3="" of="" revenue="">
VSI also expects to commence production for a fourth and fifth model in 2HCY20 for its US-based customer, which it secured in early-2019.
CGS-CIMBResearchTechnology
Next article Next Post
Previous article Previous Post
‹ Newer Post Older Post › Home