Notion's 2:1 bonus issue just got ex-ed today. With yesterday's closing price of RM1.16, its opening price today should be 77sen. It ended the day at 83.5sen (up 8.4%) even though its day high was 91.5sen.
After falling to 40sen in Mac20, Notion has miraculously crawled back to its pre-Covid price range of around RM1.20.
Recently we could see lots of so-called "Covid-19 related" stocks rocketed into the sky. The party is even joined by a hospital beds provider.
Is Notion one of those stocks?
Not long ago, Notion's chairman mentioned that the company is venturing into face mask production business.
This leaves lots of question marks to investors. What kind of face mask? What is the scale of the production? When will it start? How much sales does it expect?
Yesterday, Notion finally published the detail of its face mask business on its website.
According to the presentation, Notion will produce 3-ply & 4-ply face masks, and also polypropylene melt blown fabric used to produce face mask. 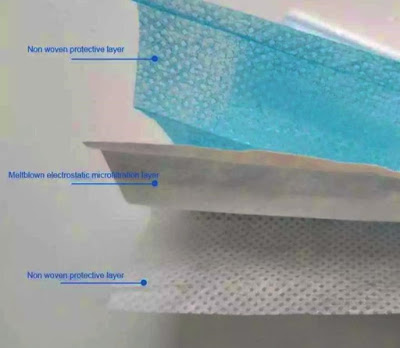 The estimated sales of face masks (12mil/mth capacity) and PPMB (45 tons/mth capacity) are expected to be RM11.2mil and RM6.3mil respectively, per month at full capacity.
If this is true, it will potentially contribute RM17.5mil sales per month, or RM210mil per year! This does not even fulfill China's order of more than 100 tons PPMB per month.
Notion's FY19 (ended Sep19) total revenue was RM238mil. So this face mask business will almost double its previous revenue derived from HDD, camera, auto parts etc...
Gross margin is targeted to be 30-50%.
When it announced its FY20Q1 result in Feb20 before the Covid-19 fear, Notion gave a target sales of RM320mil for FY2020, mainly helped by the new EMS & aluminium extrusion business.
It's not easy to predict Notion's EPS since its recent quarterly financial results are affected by insurance claims and one-off items.
However, Notion's chairman did mention that its operating after tax profit for FY20Q1 was RM5.2mil from a revenue of RM70mil.
It will release its FY20Q2 (Jan-Mac20) result soon in early June. Of course its net profit will be much lower than the preceding quarter of RM14.2mil.
Personally I hope its FY20Q2 net profit can be around RM5mil, which means an EPS of 1sen based on 504mil shares after bonus issue.
This figure is just a guess. If Q2 goes into red, I won't be surprise.
FY20Q3 is widely expected to be loss-making. Besides factory shut down, its existing business might be affected by cancelled or reduced orders from customers.
As the worldwide economy is gloomy in the near term, we are not sure how Notion's second half of calendar year 2020 will look like, but the venture into face masks business might come in time to keep the company busy and moving.
It does not need to rent a place as it just moved to its new and larger plant. It might not even need to hire more workers.
Nevertheless, it might still suffer initial start up loss, who knows?
The demand for face masks is high now, but we don't expect this to last forever.
When the demand wanes, at least it has kept Notion afloat during the crisis, ONLY IF everything the management plans goes well.
You can read Notion's full presentation on its face mask venture here.
Posted by Bursa Dummy
--转贴：

NOTION (0083) started their business with 4 machines back in 1995, listed in ACE market on 16th June 2005 with the IPO price of RM 0.63. Over the year of aggressive transformation, it had successfully progress from ACE market to Mainboard in the Technology sector. In Bursa, a few successful companies with similar transformation from ACE market to mainboard with outstanding performance. The most prominent one is Vitrox (0097) that listed with IPO price of RM 0.60 in 2005 and now RM 8.29 (1300% rise). There is one thing common in Notion (0083) and Vitrox (0097), both are very profitable business as their retained profit is very handsome compare to their share capital. Compare the PE among these two, VITROX (PE 49) versus NOTION (PE 15). What will be the NOTION stock price if the PE goes up a little bit more, for example 30? The reasonable stock price will be around RM 2.18 (that is a whooping 100% potential from current price of RM 1.09)
Our reputable value investor – Mr. Fong Siling added NOTION as part of his portfolio in December 2019 and December 2016. If you click the link below, you will notice NOTION was his latest stock that he bought.
http://investips.my/?q=company&field_shareholder_tid_1=FONG%20SILING&field_symbol_tid=&items_per_page=50

The next question we would want to know is why our Malaysia’s version of Warren Buffett bought NOTION?
Below is the RUG quote from his book published in 2018.

The company slipped into the red with a net loss of RM4.4 million for the nine months ended June 30, 2019 (9MFY2019), against a net profit of RM8.2 million in 9MFY2018, partly due to the relocation and moving expenses incurred.
But after the relocation, NOTION showed improving net profit earning. The latest Q1 2020 QR showed a remarkable 753% improvement EPS compare to Q1 2019. There is a potential further growth of the EPS in the coming quarter.

Given recent COVID-19 , do you need to worry about business impairment?
In their recent announcement. Executive chairman Thoo Chow Fah says Notion is expecting to produce 150 million pieces of three-ply surgical face masks per year, with annual sales estimated at more than RM100 million.
“The ventilator components are expected to garner sales of RM10 million to RM15 million over the next two months,” he tells The Edge.
If we refer to their annual report 2019 for their whole year revenue
The new revenue of RM 110 mil (RM 10mil from ventilator sales and RM 100 mil from surgical mask) will contribute another extra 46% of the company revenue based on the total income of RM 237 mil in 2019 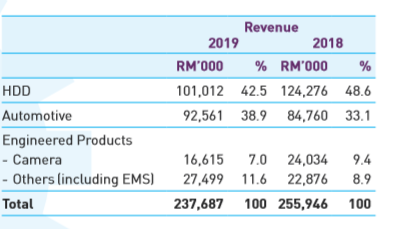 With the diversification of NOTION business, the risk of reduce order from Dyson (which belongs to others business) can easily balance by other aspect of business (ie. HDD, automotive, camera and healthcare product).
Furthermore, NOTION is one of the companies that got approval from MITI to allow partial operated during MCO period and fully operated since 28th April 2020.
NOTION also fulfil Warren Buffett stock selection criteria This can easily be another VITROX, DUFU, PENTA that you may not want to miss. Given the recent announcement bonus issue, NOTION will surely be another star in the market soon 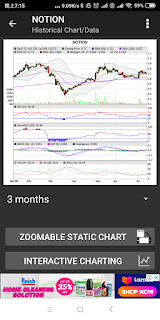 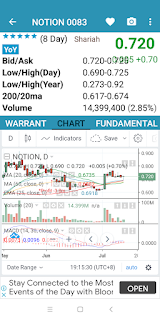 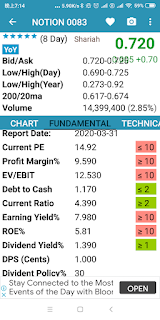 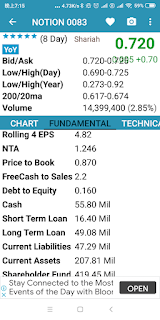