Source said that Ancom, AncomLB and Nylex (Malaysia) Bhd will undergo a restructuring exercise that will see the logistics business move to Nylex and the entry of immigration technology company S5 Holdings Inc into Ancom Logistics.

Who is S5? Background & Key Personnels

Data #1
According to the latest filings, S5 Systems’ total assets stood at RM82.7 mil with revenue of RM116.8 mil and a profit-after-tax of RM68.3 mil for the financial year ended June 30, 2019.
https://focusmalaysia.my/mainstream/who-owns-this-company-vying-for-rm1-5-bil-immigration-system-tender/


Data #2
S5 has net assets amounting to RM21.7mil and registered a net profit of RM63.4mil for its financial year ended June 30,2019 (FY19), according data from the Companies Commission of Malaysia (SSM). https://www.klsescreener.com/v2/news/view/703983
https://www.thestar.com.my/business/business-news/2020/07/18/ancom-springs-a-surprise

Let's do some maths. +-+-+-
With the super handsome PROFIT & REVENUE, the EPS super duper Handsome.


How much is S5 market value ?
"MyEG said the proposed RTO provides an avenue to unlock its initial investment — of RM90 million for a 10% stake in S5, thus roughly valuing the company at a whopping
RM900 million !!! "
https://www.theedgemarkets.com/article/myeg-disposes-stake-s5-ancom-logistics-five-weeks-after-announcing-purchase


FUTURE PROSPECT
National Integrated Immigration System (NIIS)
(To be announced on August 2020.)
This is an RM1.5 bil project expected to be awarded during the third quarter of this year. The contract is for a total of 4.5 years including three years of development, six months of monitoring and a final year of maintenance.
After that, there is another maintenance contract which would be around 15%-20% of the value of the project.

Who are the FRONTRUNNERS then?
Dsonic, HTPADU, MYEG, IRIS, SCICOM.

https://www.theedgemarkets.com/article/deciphering-niis-bidding-war
1. MyEG–Heitech Padu–S5 consortium the frontrunner
Meanwhile, MyEG, which is acquiring a 10% stake in S5, is said to be bidding for the contract with Heitech Padu. The latter currently maintains the Malaysian Immigration System (myIMMS) through a three-year contract signed with the Immigration Department in 2017.
2. WHOEVER WINS, S5 also WINS.
An interesting point to note is that S5 Systems Sdn Bhd is said to be involved in almost every bid. Industry players say the company has put in bids as part of various consortia with companies like MyEG, Iris and Heitech Padu.

“S5 Systems approached almost all the bidders and offered them its biometric solutions as part of their bid,”
“Whoever wins the contract, S5 Systems [also] wins,”
“This company is going to be a big player in the country’s cyber security and information technology system industry, especially once it gets listed,”
It is not clear whether the tender allows for a company to put in bids through multiple consortia. However, one executive privy to the tender process says it would not be a problem if the company is just listed as a supplier.


So what's your thought now for S5?
How much does it worth in your opinion ?
Goreng Char Koay Teow lagi? Atau over-valued lahh? 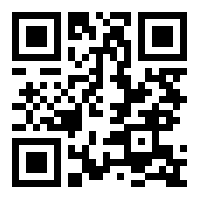 If you like our sharing,
Join our Telegram Channel:
https://t.me/TriumphinBursa