FROM CALVIN TAN BLOG ON PRAYER: SHARING LIFE'S EXPERIENCES FROM PAST EVENTS (With further comments)

COME APART AND REST A WHILE (Mark 6:31) OR BREAK APART

31 And he said unto them, Come ye yourselves apart into a desert place, and rest a while: for there were many coming and going, and they had no leisure so much as to eat.

On October 19 1987 (Exactly 33 Years Ago) We had a Church Camp at Gap Rest House , Foothill of Fraser Hill, Pahang State of Malaysia

Jesus often withdrew Himself to desert place or Mountain top to rest and pray.

Once I drove a Volvo 940 Turbo. Being too busy I forget to service the car. Then one day while driving on the Free Way suddenly the Turbo gave way and out spewed thick black smoke. After that the Car lost much power. Not long the piston ring gave way & finally the engine stalled

An August 1987 article in Time reported that the “current bull market is unlike any in the memory of the most seasoned stock traders: there has never been one that has whirled up so fast for so long with so little interruption. … To many brokers and investors, it is all getting rather scary. How long, they ask, can the market keep going up and up in a straight line?”

The bull market came to a crashing end that October. Between Oct. 2 and Oct. 16, the Dow fell 15 percent, culminating with a record 95.46-point drop on Oct. 14, a 57.61-point drop the following day and a new record-108.35-pont drop on the 16th, a Friday. The drops were blamed on the announcement of a larger-than-expected U.S. trade deficit on the 14th and an Iranian attack on a U.S. tanker in Kuwait.

Over the weekend, many analysts worried about what would happen when the market re-opened on Monday. Leo Melamed, former chairman of the Chicago Mercantile Exchange, recalls, “That weekend, the press carried a great deal of stories which in fact increased the fear of the participants that, in fact, there had been a signal and that everybody that was in the market, was thinking in terms of ‘Well, on Monday, I think I’ll take my profits.’ That weekend, I myself was scared of the headlines.”

“The stock market’s incredible decline, analysts said, might have repercussions far beyond the immediate ones. The stock market has often portended economic declines,” wrote The New York Times. “What a decline such as has occurred may mean is hard to imagine.”

Despite fears of a recession, the stock market quickly rebounded. The Dow made record gains on Tuesday and again on Thursday. It closed 1987 higher than it had been at the start of the year, and reached its pre-Black Monday level just two years after the crash.

Causes of the Stock Market Crash

There are several theories for the crash. The simplest is that the market had gone too high and the steep declines of October were a swift correction of the market. Another popular theory is that the crash was exacerbated by the prevalence of computer programs that were programmed to sell stocks if they went below a certain price.

CNBC asked those who experienced the crash from Wall Street and Washington for their opinions on what caused the crash and whether it could happen again.

It was a very sobering time then. But I was not in the share market. Next year in 1988 we resigned from the Jesus Saves Mission
1988 was the halfway mark as 32 years have passed since then. I was 32 years old. Only in later years Almighty God led us through 3 more Market Crashes
1) The Asian Financial Crisis (1997/8)
2) The Great Recession by Subprime Crisis (2007/8)
3) And this year March 2020 Severe Market Crash caused by Coronavirus & still ongoing Crisis time for Many Billions as the Covid 19 Crisis continues…
To be continued…….
More articles about 32 years past and 32 years future
1987/88 were transit years
Brethren, please pray for us as we still got many more Stories of God’s Great Goodness To Tell
Amen & Amen
Hi guys
The above is taken from my latest post in www.inspiretopray.com
Comment on  Gap Rest House 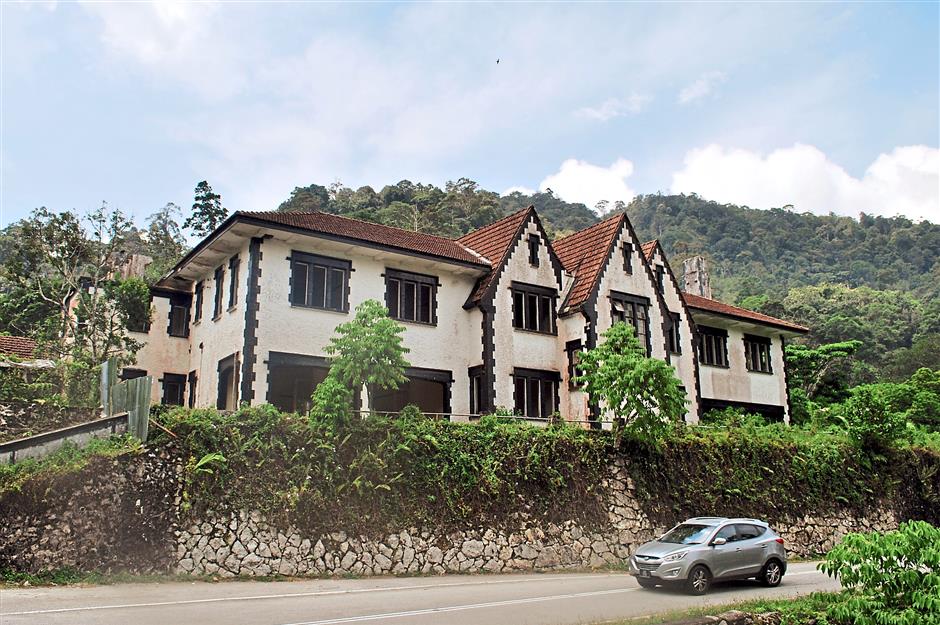 I have nostalgic memory of Gap Rest House at the foothill of Fraser Hill
In 1987 there was only a One Way Street Up Fraser Hill. So there is an alternate One Hour Up and then One Hour Down
For those who waited when the road up was closed for one hour they could take a break for tea/coffee and food at Gap Rest House before the time arrives for driving uphill.
Today after Year 2001 Fraher Hill has another new route down so no need to wait anymore.
As a result Gap Rest house became redundant & eventually closed. Its usefulness lasted as a transit & now over.
So is our lives. We are only here for a brief time compared to eternity. One day we shall have leave this earth as earth is only a temporal transit place. Yonder awaits heaven or hell
Of let's move on
Calvin could not forsee the future from year 1987 till now 2020 - 33 years have swiftly passed
Within these 33 years I have seen & witnessed 3 Market Crashes
1) THE ASIAN FINANCIAL CRASH OF 1997/8
See

AND THE BULL RUN TRIGGERED BY COVID 19 FOR MALAYSIA MEDICAL GLOVES MANIA!

When will this end? Not yet for now. But end it will some day

WARM REGARDS TO ALL i3 FORMERS