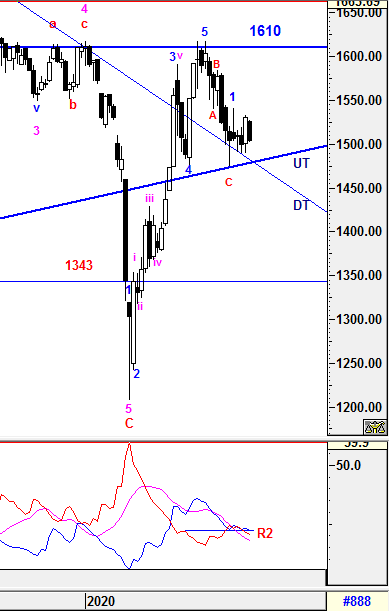 Due to uncertainty sentiment, KLCI had retraced below 1515 again after it was not able to sustain above 1525 and closed within a range of the prior white candle. Current level is still well above 1500 and both DT and UT line are still act as critical support for further consolidation possible. Critical range level to watch would be 1500 & 1530.35, which either levels breach and closed below or above respectively on this coming Friday, could lead to short term continuous trend on the following week.
On other hand, the Higher Degree of Wave counts will be elaborated further in daily time frame.
1) -DMI (red line) continue heading down with lower margin indicates bearish momentum is increasing but still below resistance at point R2 which signalling bear trend is still weakening.
2) +DMI (blue line) reversed donw with greater margin indicates bull strenght is weakening.
3) ADX (pink line) is still heading down with greater margin which implying the volatility of the current trend is still very low with uncertainty.
Therefore, the summations of the 3 signals above is implying uncertainty still remains and knee jerk reaction is unavoidable. From current situaton, +DMI is still above -DMI  indicate bull strenght in in favor with narrow margin. However, a prominent trend has not been developed yet unless ADX start to curve up where volitility require to initiate stronger momentum.
Prevailing trend could be emerged if levels listed below was broken:
Major Resistance - 1545, 1610
Immediate Resistance - 154
Immediate Support - 1530.35, 1525, 1515, 1500,
Support - 1479 (Revised DT line & UT line - almost same crossed point)
Daily Time Frame 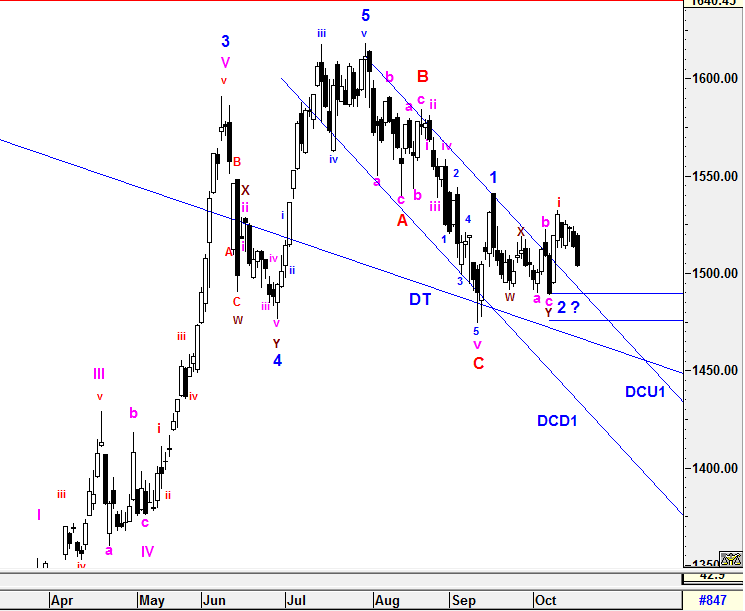