Hello everybody, welcome back to The Huat Project.

The Rally in November was indeed a Phenomenal Spectacle! 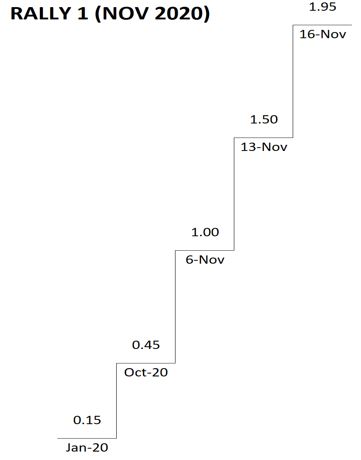 Equally unexpected and with heart-rending fashion, the stock also plummeted double limit down in the most dramatic of ways. From RM1.74 to RM1.22 to RM0.855. Hitting volumes of 1.13B shares in just 5 trading days. Just when one thought the share was slammed down and plunging into an abyss of no return, the stock rebounded to RM1.01 with a robust volume of 260M shares transacted.

Since then, it seems like the stock is now making a slow yet steady and steadfast comeback. 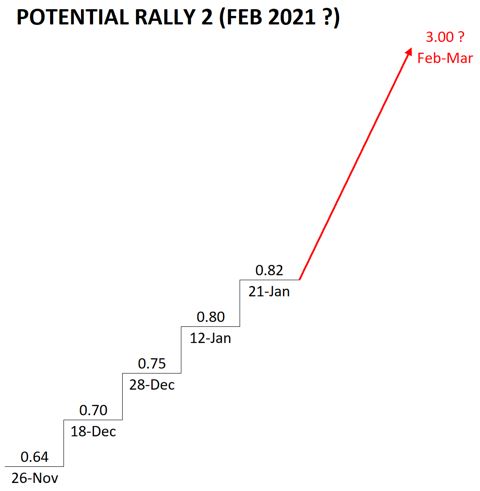 After languishing in the RM0.64 to RM0.72 price levels for a month, VIVOCOM (0069) has been steadily inching up, higher and higher, in a step by step uptrend. In other words, VIVOCOM (0069) is forming higher highs and higher lows.

On the technical part: the company is now in a consolidating triangle with an upward biased.

Not A Pump & Dump Stock

Many Pump & Dump stocks we tracked and witnessed were either languishing in the pits or dead in the water especially after their shares have been slammed down in a similar fashion. Yet the same cannot be said of Vivocom.

Why and How Come

We believe it could be attributed to the self-imposed moratorium and VIVOCOM (0069) strong and loyal following since 2015/16 period when it was also a hot stock at the material time.

It’s worthwhile noting that unlike other stocks which were played up superficially by market players or syndicates that usually lasted only two or three days and then petered out, VIVOCOM (0069) rally or superbull run lasted much longer from 2nd Nov to 27th Nov.

The fact that VIVOCOM (0069) also was not issued with an UMA or Unusual Market Activity query spoke volumes that the Rally was more pure market forces and momentum driven than syndicated driven or manipulated.

Based on technical reading and observation plus many discussions with other highly experienced Gurus and Sifus we have had the pleasure of knowing over the past 30 years, it is by popular consensus that VIVOCOM (0069) is primed for a major breakout and another superbull rally soon. The next rally if it does happen may even be more bullish than and surpass November’s peak of RM2.05.

The Company is awaiting its approval for the asset injection exercise it announced in early November 2020.

When the approval is finally obtained which will undoubtedly be a news catalyst, it is highly likely that Vivocom will pop back to life and surge yet again to over it last peak of RM2.05 and more, perhaps beyond RM3.00. All the signs are pointing towards that direction!

Do Keep an eye on Vivocom for that electrifying breakout…