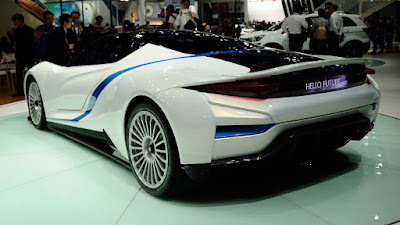 Six or seven years ago, it would have been a huge punt to figure which company will  out trumps in the electric cars venture. Now the roadmap is much clearer. Tesla led the pack and made it a worthwhile venture when it introduced the high-performance EV.

That caused many carmakers to jump onto the bandwagon as battery efficiency was the main obstacle. For makers of components in many vehicle subsystems — body, chassis, interior, cabin cooling and comfort, and the low-voltage electrical system — electrification won’t make a big difference because those systems aren’t much affected by the power source. The biggest changes will be in propulsion systems, where the engines and transmissions that we know today will evolve into traction drive units, batteries, and electronics that link everything together.

Besides Tesla, the winners from the carmakers in this important category will be those who can make quality lightweight bodies, chassis, and interiors. BMW has a strong focus on light-weighting with aluminum, composites, magnesium, and other kinds of structures like carbon fiber.

The second factor is for those who can master the electric propulsion system. While electric propulsion systems can have 90% fewer components than those in internal combustion engines, the complexity and performance requirements of those limited number of parts – which include magnets, laminates of steel, and very complex geometries of copper and other materials – are great. The winners here are likely to be existing suppliers who are improving processes and increasing efficiencies to build new products.

In China, there’s a concern that large volumes of electric vehicles at the end of their life will lead to huge environmental problems caused by the dumping of lithium-ion batteries and related materials. They are creating recycling requirements that are potentially extremely burdensome. The design of the battery must be not only created to allow for total recycling and/or reuse, but the details of the design have to be transferred to the after-market industry. After that, the battery either can be safely recycled or reused, based on its original design concept. This will have a big impact on suppliers and OEMs because it could affect up-front designs, as well as raise questions about the control of the intellectual property. Other countries may impose their own recycling and environmental standards, which makes recycling and other environmental concerns important for companies involved in electric cars.

While Volkswagen, General Motors, and others see a shift from internal combustion engines (ICE) to fully electric vehicles, Toyota and Ford continue to see a future for hybrids. They are likely to remain on the scene for the next two decades. Lately, their sales have decreased in the U.S., mostly due to lower fuel costs, while remaining strong in Japan because the electric infrastructure there is not strong enough to support a high density of electric vehicles. 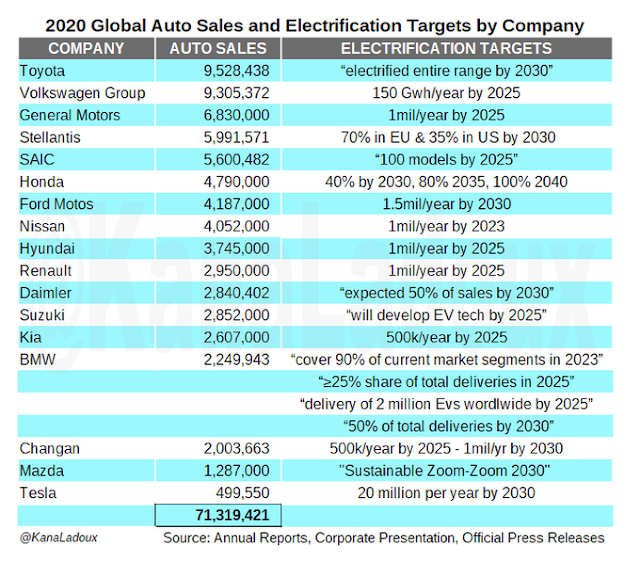 The first electric SUV from Volkswagen’s luxury Audi brand, the e-tron, can go 400 kilometers (nearly 250 miles) on a single battery cycle and be recharged in as little as half an hour. The styling is conventional, the interior is luxurious and the ride is nearly silent. Volkswagen which also owns Porsche, Bugatti, Skoda, Lamborghini and SEAT, is rising to the challenge with a radical transformation that is unparalleled since World War II. The company is spending €30 billion ($34 billion) over the next five years to make an electric or hybrid version of every vehicle in its lineup, and it plans to launch 70 new electric models by 2028. 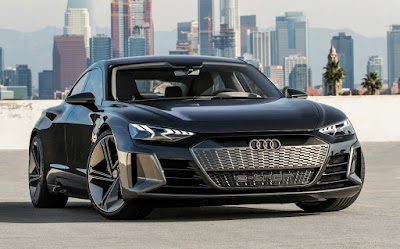 It looks increasingly likely that Tesla and Volkswagen will be leading the charge with BMW close behind. Country landscape and infrastructure differences will mean hybrids will be as important.

Small Boys - The rise of electric vehicles is one of the biggest trends of the last decade, taking names like Tesla and Nio to the top of the markets. But 2021 is proving that other types of companies may be ready to make their mark. Names to follow: Oshkosh Corporation (NYSE: OSK), Workhorse Group Inc. (NASDAQ: WKHS), Nikola Corporation (NASDAQ: NKLA), Electrameccanica Vehicles Corp. (NASDAQ: SOLO).

Last year, it seemed EV companies could do no wrong, with countless companies in the industry seeing their shares hit new highs. Nikola, for example, soared for 672% gains at its highs. Tesla was up 695% on the year. And Nio took off for incredible 1,210% gains.

But today, the world is finally seeing some chinks in the armor of the companies that seemed invincible just 6 months ago. And space is finally being made for new, exciting companies with a different spin on how to use this new technology.

For example, while Nikola, Nio, and Tesla, for example, are all slightly down for the year from their highs. Two companies in other but related industries that we've discovered are looking to have a banner year thanks to key new partnerships and acquisitions. This rise and transition of EVs could duplicate the same trend we've seen over and over again with major booms.

China's Restricted Playground - China has one of the fastest-growing EV markets in the world with an estimated 500 electric car makers having piled into the world's largest vehicle market. As the Chinese government prods home-grown brands, such as Nio, Xpeng, and Li Auto, to get a larger slice of the market under the Made in China 2025 industrial master plan.