Parody Of The Last Supper (the G7 summit)

This parody of The Last Supper (by Davinci) entitled "G7 The Last Supper" was nothing short of outrageous genius at work. Turning countries into their mascot animals, it is the details that will burn.

Its a little hard to view the picture unless you have high resolution version. The USA bald eagle, the UK lion, the Canadian beaver, India's elephant, Italy's wold, Japan's dog (Shiba Inu), OZ too ... Taiwan's the small frog on the floor. 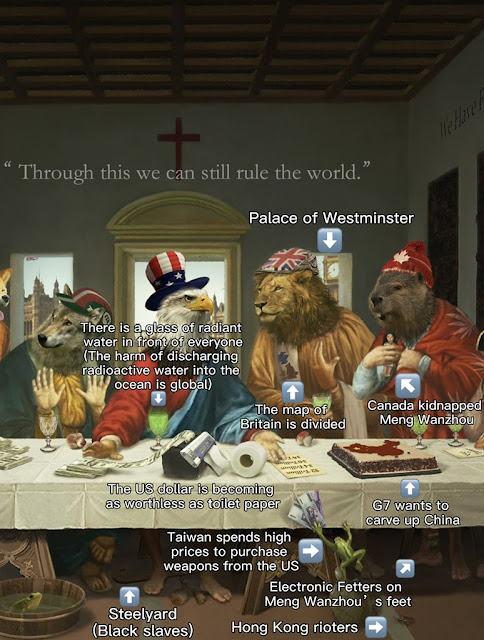 There have been so many Twitter comments and insights that I probably cannot add anything new. I will highlight the funny ones. The UK lion has a UK map that is so divided. Canda is holding an Asian girl doll, probably Meng. India got it bad, it son IV drip, the Ganges river water and cow's urine. In front of the eagle is the money dispensing machine, USD is akin to toilet paper. Taiwan the frog pays too much to buy weapons and protection. The French cockerel is disinterested in proceeding buy has a white hankie. Ever ready to surrender? Italy is seated next to USA, not sure if its a sheep or wolf but it says NO to joining the alliance (read Italy's experience in getting vaccines, only China came to help). 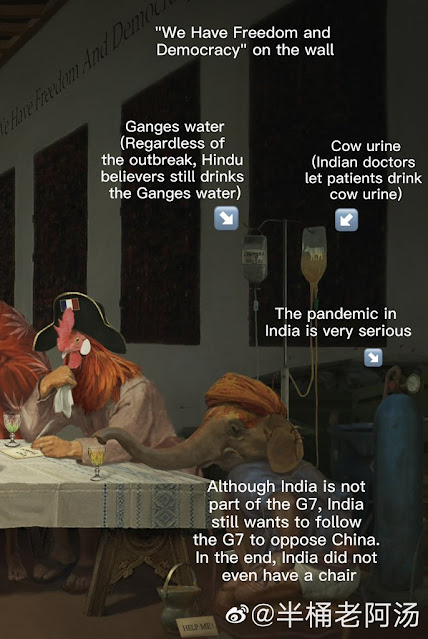 The OZ roo has taken up the Judas position. Money in hand indicates bribe, openly supporting the US but behind is taking an IV drip from China. The Judas position also hints that Australia will turn their backs to USA in favour of China when push comes to shove.
The artist has saved the best animal to describe Japan, as a dog. In Chinese vernacular, the phrase "running dog" is highly despicable. All beasts are beasts with human body and human feet, except for Japan which is a whole dog. Sill waters run deep against Japan. Plus Japan is serving toxic green Fukushima water. 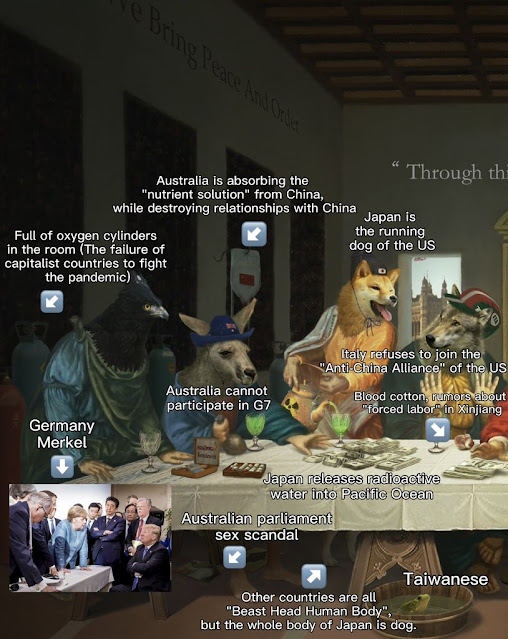 India's elephant doesn't even get a seat at the table.
The parody was the brainchild of Chinese propagandist cartoonist Wuhe Qilin. While I applaud the audacity and details. It is a brilliant parody and should be accepted as such. Of course Beijing would NOT have a problem with that.
Now, IMAGINE if the same cartoonist had drew another picture parodying Xi Jin Peng, ala Winnie the Pooh, laced with a few choice comments. I think the cartoonist will disappear from the face of the earth for more than a few years. Imagine the cartoonist drawing the cartoon below - re-education camp would be his least punishment. Beijing, please open up your mindset. Live and let live. Many countries try to blunt criticisms. Its power play and politics. Do not treat your citizens with disdain. This applies not just to China but many Asian countries. 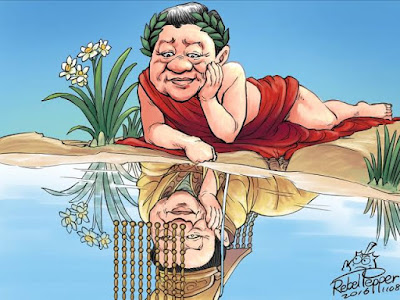