KPOWER (7130): KUMPULAN POWERNET BHD : Some Takeaways after One to One Talk with Kpower Management Today (July 12 2021) Calvin Tan Research

Dear Friends & Investors of i3 Forum

And these are some takeaways:

1) KPower is into Renewal Energy like Mini Hydro Power, Solar and Others.

2) In USA, Janet Yellen has told Banks not to finance fossil fuel companies as the pivot is into Renewable Green Energy

Yellen said she will convene the heads of such institutions “to articulate our expectations that the MDBs align their portfolios with the Paris Agreement and net-zero goals as urgently as possible," according to the text of a speech she was set to deliver at an international climate conference in Venice, Italy.

The remarks reflect an effort by finance ministers and central bankers around the world to push lending institutions to support goals for slashing greenhouse-gas emissions and stop money flowing into projects that add to pollution.

SO THE FUTURE IS IN RENEWABLE ENERGY WHICH IS A STRUCTURAL CHANGE FOR GOOD.

3) In Asia Renewal Energy will be a Rm1 Trillion Industry. Even Tenaga is into Renewable Energy

That means Solarvest can only double your money in 18.48 years.

For percentage in growth

How long will you double your money if you just keep in Bank FD at only 1.75% interest a year?

Yes! Keeping money in the Bank is also a form of lousy investment as it will only double your money in 57.14 years

And with FED Relentless money printing creating high inflation putting money in Bank FD long term is a no no; inflation will destroy all its future purchasing power.

5) Kpower sees great potential in Indonesia. In Malaysia where the National Power Gird is all interconnected and when one part has  electric failure for example in Selangor - power can be transmitted from as far as Kelantan or Johor to make up the shortfall

6) Renewable Energy in Asia alone is a  Trillion $ Industry. If Kpower could just capture a nice Rm2 Billions to Rm3 Billions it will see spectacular earnings & growth. And Kpower has been in  hydro power long before Solar energy turn popular.

7) Since prices of Kpower has declined we see Mr Mustakim and Cik Sarah Azreen as well as others mopping up the oversold shares as high as 90 sen from the open market. They see great value at current prices

9) Calvin thinks after the noise & dust are settled Kpower should rise up to Rm1.00. From there it will continue to move higher and higher as more and more people discover its potential in the Renewable Energy Sphere which is the Future of Clean Green Energy due to climate change

Please do your own due diigence before buying or selling. In double please consult your Remisier or Fund Manager.

Note: This post is not exhaustive. Will update as we discover more and more about the good potential of KPower in the

Bright Sunrising Industry of Renewable Energy in which Kpower is now a Top Leader. 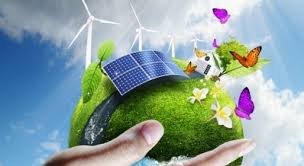