Iconic Gloves: Only Time Will Tell

Iconic Gloves: Only Time Will Tell 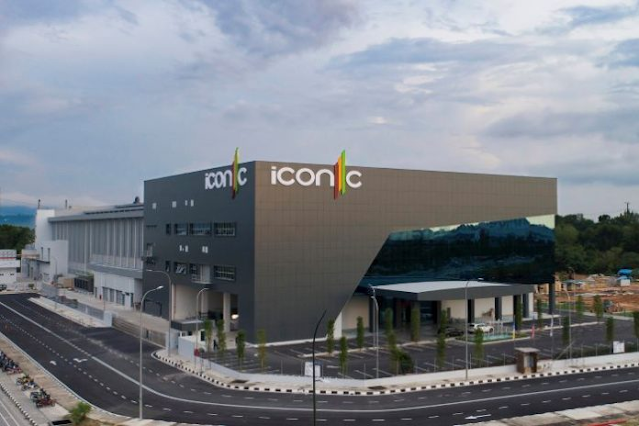 It has obtained CCC in early Nov21 and at the time of the official launch in Jan22, 6 nitrile gloves lines have already started running since Dec21.

The rest of the 6 gloves lines and 20 face mask lines are expected to start by Mac22.

Since the end of year 2020, share price of the 7 listed medical gloves companies in Malaysia dropped tremendously as their profits fell due to declining average selling price (ASP).

For new kids on the block who recently diversified into medical gloves manufacturing such as Iconic, their revenues (and probably profits) will grow as the contribution from gloves kicks in.

How will the market value the newcomers? Will their share price drop like the existing gloves counters, or rise due to increasing profit?

It was loss-making for more than 10 consecutive years prior to FY2019 (ended Mac19).

In early 2019, Dato Tan Kean Tet, founder of Iconic Group which is a Penang-based property developer, emerged as a major shareholder in Sanbumi.

Subsequently Sanbumi has its name changed to Iconic Worldwide Berhad (Iconic) and Dato Tan was appointed as its managing director.

He was joined by his son, his daughter and daughter-in-law who sit in the board as executive directors.

Upon these changes, Iconic turns into a property developer and its maiden project is "Iconic Point" which is a joint venture with its MD's private company.

Iconic Point is a commercial development located at Simpang Ampat of mainland Penang. It was launched in Sep19 and famously sold out in one day.

Its tourism business still exists but it's severely affected by the pandemic since early 2020.

Its net profit increased slightly to RM8.5mil in FY21 (ended Mac21) and looks good to improve it further in FY22.

When the pandemic hit, Iconic officially announced its plan to diversify into PPE manufacturing and trading on 2nd Sep20.

It started with 10 lines of disposable face masks production in a factory in Juru since year 2020.

This face mask business is profitable from the beginning in which it contributed RM7.5mil revenue and RM2mil net profit during the first 6 months from Oct20 to Mac21.

For the next 6 months from Apr21 to Sep21, revenue from face mask almost double to RM13.8mil but net profit increased just marginally to RM2.1mil.

Together with its property and tourism segment, the group registered cumulative revenue of RM37.6mil with a net profit of RM7.1mil in the first half of FY2022. 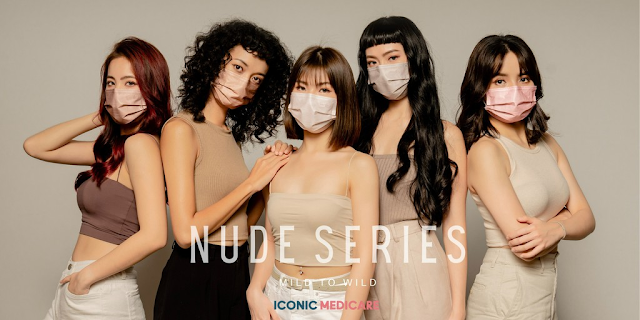 To fund the PPE manufacturing, a few private placement were carried out:

Thus, Iconic has a total of 562mil ordinary shares now.

If we annualized its first 6 months net profit, Iconic might achieve RM14.2mil net profit for its FY22 ended Mac22.

With 3.3 billion capacity of nitrile gloves running fully from Apr22, how much profit can it contribute to Iconic?

There is no doubt that revenue will jump multiple times.

At its peak, gloves ASP reached above USD100 but has since normalizing to around USD25-35. There is a possibility that it will fall back to pre-Covid level.

Generally gloves demand increases after the pandemic but higher supply will check its ASP.

If Iconic sells its nitrile gloves at USD 3 cents per piece, 3.3 billion pcs per year means USD99mil (RM415mil) of revenue per year.

This is 6x higher than its trailing 12-month (TTM) revenue of RM70mil.

How much net profit can it generate from this massive revenue?

A modest 5% net margin will give it a net profit of RM21mil. If property and face mask segment can produce RM16mil net profit in FY23, total net profit could reach RM37mil.

With this, projected EPS could be 6.6sen.

Is the 5% net margin assumption too low? I'm not sure but Iconic might register loss initially just like a few other listed companies venturing into gloves manufacturing, especially with the ASP far off the peak now. 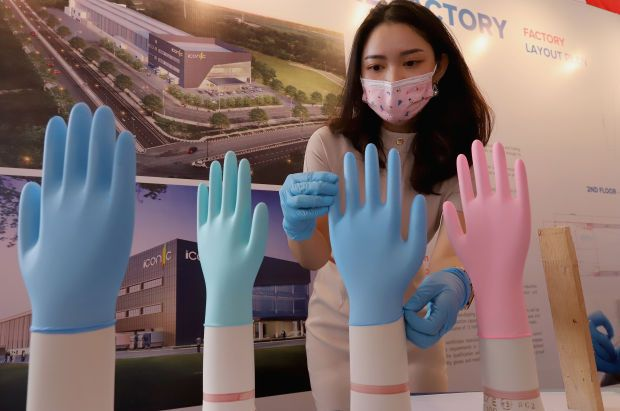 Notion is another company that ventures into gloves manufacturing and trading. Its first line has started commissioning in Jun20, second line in Jul20 and third line in Aug20.

Each line is expected to produce 20mil per month (240mil per year). Thus 3 lines will give an annual capacity of 0.72bil pcs.

It didn't show its operating profit/loss in the quarter report but it did mention that its glove manufacturing is still operating below break even point due to sudden drop in ASP and market demand, so it's still loss-making.

Will it be able to record a profit later by increasing its capacity in stages while the ASP continue to drop?

It has a plan to commission 4th to 6th line from Sep21 to Nov21 to achieve an annual capacity of 1.44bil pcs.

Meanwhile, Mahsing has started its gloves manufacturing in its FY21Q3 (Jul21-Sep21) and all 12 lines are expected to be completed by Dec21.

It mentioned in its FY21Q3 report that the new business is still in operating loss.

Perhaps the one which is more comparable to Iconic is AT Systematization.

Due to high ASP at that time, it managed to achieve net profit of RM0.32mil from RM8.1mil of revenue in FY21Q4.

When the ASP was still relatively high in FY22Q1 (Apr21-Jun21), its revenue increased to RM22.2mil and its net profit jumped to RM7mil (31% net profit margin).

The management attributed the poorer results to lower sales on the back of lower ASP of medical gloves.

Is the lower sales due to reduced production because of MCO 3.0, or is it due to higher supply of gloves to the market?

There was a 100% increase in its inventories from RM28mil to RM55mil in a single quarter. Is it due to higher raw materials or finished products?

AT initially has a target of 10 lines with total 2 bil pcs per annum to be completed by early 2022. I'm not sure whether the plan is still intact.

Anyway, AT's profit from gloves segment is being dragged down by loss in its automation segment.

Thus, so far the share price of AT does not perform well.

Before Covid-19, AT was a less than 5sen stock. The rumour and later the announcement of its gloves venture has pushed its share price up to 30sen in Nov20.

Even though its gloves lines have started production in early 2021 and it published its gloves profits since mid 2021, its share price continue to decline from 19sen from the start of year 2021 to only 3sen at the end of year 2021.

AT's core business of automation has been loss-making over the years and it has dragged down the profits from gloves manufacturing significantly.

Of course Iconic is not completely similar to AT. Iconic's other businesses are profitable and the commissioning of its entire 12 lines seems to be faster.

Could Iconic benefit from better economy of scale to bring in better profit?

It is even thinking of producing nitrile butadiene rubber in Malaysia.

The main issue for Iconic will be the declining ASP of gloves, even though the price of raw material has also gone down substantially.

In the year of 2022, gloves ASP might drop back to USD 2cents per piece. If production increases but sales and ASP decrease, then there won't be significant profit growth.

At the moment Iconic's share price is at its pre-Covid level of around 30sen. Before Covid-19, it was a loss-making company.

Now it's profitable and we will soon see its revenue jumps multiple fold.

People might think that the share price of AT at only 10sen was low enough and it has limited downside as its medical gloves business will contribute soon.

However, its share price keeps on dropping to current level of 3sen while it made profit from gloves manufacturing and is in the midst of expansion.

Some people might think that Iconic's share price at 30sen is low enough, but no one can be sure of its share price movement in the next one year.

What we are quite sure is that, its revenue will jump to more than RM200mil a year, may be more than RM300mil.

The 65%-owned Iconic Point project has still approximately RM50mil of unbilled sales which will be recognized in this year.

It has no other property project but has a plan to launch a new affordable housing project with GDV of RM210mil in Alma, Bukit Mertajam in 2022.

Apart from Penang, it has vacant lands in Johor, Negeri Sembilan & Melaka for future property development.

Its tourism business will continue to suffer before tourists from China are allowed to visit Malaysia.

The burning question is, how much profit can it make from its gloves manufacturing business?

If it is profitable, how will the market value a new small gloves manufacturer without much competitiveness?

Only time will tell.