KUALA LUMPUR (March 3): While almost all companies under AmInvestment Bank Research's coverage do not have direct exposure to Russia or Ukraine, it believes that the indirect impact of rising commodity and raw material costs will have a slightly negative impact on the consumer, gloves, media and property sectors.

Its analyst Alan Lim Seong Chun said in a Thursday (March 3) strategy report that while consumer companies within his coverage have no direct revenue exposure to Ukraine and Russia, another round of broad-based increase in commodity prices, including crude oil, may put further pressure on consumer companies’ margin and force them to increase their products’ pricing to (partially) offset the impact.

“The impact of inflation has crept into the (consumer) companies’ operating cost and is already reflected in 4Q21 earnings,” he said.

As for the glove sector, he said there is minimal sales exposure as only 0.5% of Top Glove Corp Bhd sales are to Ukraine, and Hartalega Holdings Bhd and Kossan Rubber Industries Bhd’s sales exposure to Ukraine is also negligible.

However, as for indirect exposure, he said the spike in crude oil prices should cause nitrile butadiene’s cost to increase.

According to Lim, nitrile butadiene is the raw material used to make nitrile gloves.

Due to the stiff competition currently, he believes that glove makers may not be able to completely pass on the cost increase to customers.

He also opined that the increase in raw material costs of consumer companies may result in margin erosion on the media sector as it may be difficult to raise the selling prices of products.

This may result in lower spending on advertising and promotions, he added.

While the property sector has no sales exposure to both Ukraine and Russia, Lim expects slightly higher costs of construction materials and logistics due to disruptions in the global supply chain.

“We believe that the bulk of the cost increase will be absorbed by both construction companies and property developers,” he said.
Oil and gas and plantation sectors near-term beneficiaries

Since the Russian invasion of Ukraine on Feb 24, oil and crude palm oil (CPO) prices have surged.

According to Bloomberg, Brent crude oil is currently traded at US$116.89 per barrel.

Malaysian Palm Oil Board (MPOB) data also showed that CPO has reached RM8,160 per tonne as of March 2.

Lim said that the oil and gas as well as the plantation sectors are clearly the near-term beneficiaries of the Russia-Ukraine war.

In terms of direct exposure to Ukraine or Russia, he said only Bumi Armada Bhd, amongst the oil and gas stocks under his coverage, has a US$50 million Lukoil job in the Caspian Sea which may be subjected to global sanctions.

Indirectly, he said the higher crude oil price environment will translate to higher revenues and earnings of exploration and production operators such as Hibiscus Petroleum Bhd and to a lesser extent, Sapura Energy Bhd and Dialog Group Bhd.

“As the current price upcycle could spur renewed investments in the sector, a potential acceleration in capital expenditure rollouts translate into increased orders and enhanced medium-term earnings prospects for all service providers across the value chain,” he said.

Dialog is one of Lim’s top 10 buys. For pure upstream exposure, he also has a tactical “buy” call on Hibiscus.

Meanwhile, Lim has raised his CPO price assumption to RM4,000 per tonne from RM3,000 per tonne for 2022, as the war in Ukraine is expected to cause shortages of vegetable oils.

“Due to the switch from Ukraine to other suppliers, there could be shortages of corn or soybean oil in the US or South America. This is expected to push up vegetable oil prices and benefit CPO as well,” he said.

In spite of the high CPO prices currently, he reckoned that there is a risk that CPO prices would soften in 2H2022 as production picks up, underpinned by seasonality factors and the arrival of foreign workers.

“Plantation companies with pure exposure and without the Indonesia price discount would benefit the most. These include Hap Seng Plantations Holdings Bhd. Companies without significant downstream operations include TSH Resources Bhd and Genting Plantations Bhd,” he said. 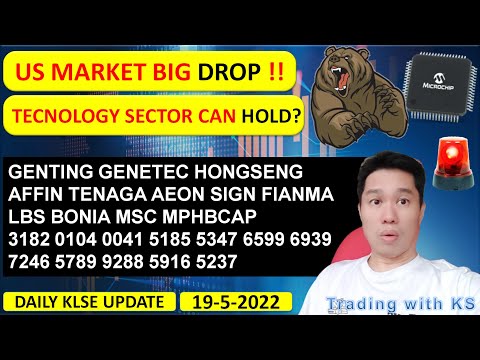