Maintain BUY and SGD5.10 TP, 24% upside with c.3% FY22F yield. India’s plan to restrict its sugar exports should not have a significant impact on Wilmar as it mostly sells its sugar domestically. However, if this is extended into the next marketing year which starts in October, there could be a slight negative impact.

India plans to restrict sugar exports for the first time in six years to prevent a surge in domestic prices, potentially capping this season's exports at 10m tonnes, according to media reports. India is the world's biggest sugar producer and the second biggest exporter behind Brazil. Heat waves have withered fields in India, prompting a government order dated 13 May to restrict shipments and safeguard domestic supply. It is making exceptions on export restrictions only for prior commitments made by private traders through irrevocable letters of credit, and for exports to countries that require wheat for food security needs, based on the requests of their governments.

We believe the limit of 10m tonnes could actually be enough for India, given the previous year’s exports of 6-7.5m tonnes (Figure 1). After exporting 10m tonnes, India's sugar stocks on 1 Oct – which is when the next 2022-2023 season begins – would be around 6m tonnes. This would be sufficient to cater for the Deepavali season in 4Q. Nevertheless, while the limit of 10m is not really restrictive, the question is on how this will be managed, and if it will be a fair distribution, based on the capacity for the remaining yet-to-be-exported volume of 3m tonnes.

In India, Wilmar owns the majority stake in Shree Renuka Sugars (SRSL), which has seven mills with a total cane crushing capacity of 8.4m tonnes pa, and two port-based refineries with a combined capacity of 1.8m tonnes, selling sugar under the Madhur brand. It is the largest refiner in India. Sugar is captured under two segments in Wilmar’s earnings: i) The feed and industrial product segment, which comprises the sugar trading business (8% of revenue), and ii) the palm oil and sugar milling (1.7% of revenue) segment. We understand Wilmar mostly sells its sugar domestically and, therefore, should not be significantly affected by this ban.

No changes to our earnings estimates, BUY call and SGD5.10 TP. We do not expect this restriction to have a significant impact on Wilmar, given its mostly domestic sales and as long as the ban is only for this year – as the bulk of sugar exports should already have been done for this marketing year. Based on our proprietary methodology, we apply a 2% ESG premium to our intrinsic value to derive our TP. 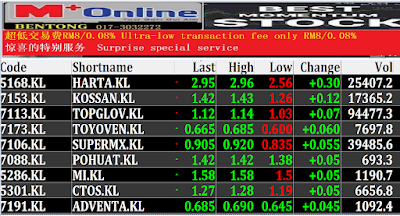