There's very little publicity or news about him but his track record has been sterling. Started as bank teller, he was so good at his job and dealings with clients that he was roped in to Ipoh Gardens Corp rising swiftly to being Executive Director. Ipoh Gardens Corp was too "small" for Goh. He needed to work for himself and not be just an employee making money for others.

Goh was an founding investor of Cambrew Asia (the foreign investing vehicle for Carlsberg). If only you know how successful Cambrew Asia was. He finally exited his remaining stake to Carlsberg a couple of years ago. That is why it is so hard to calculate his net worth as quite a bit of it was privately held. 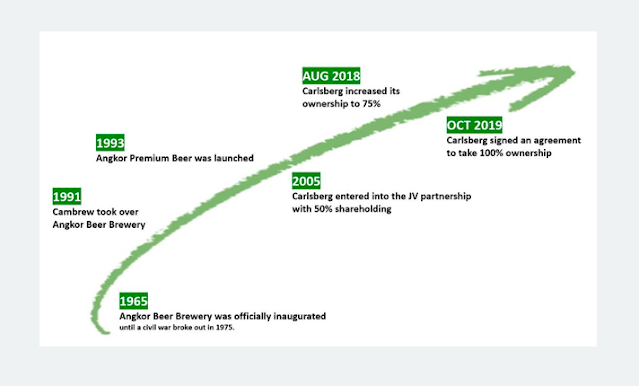 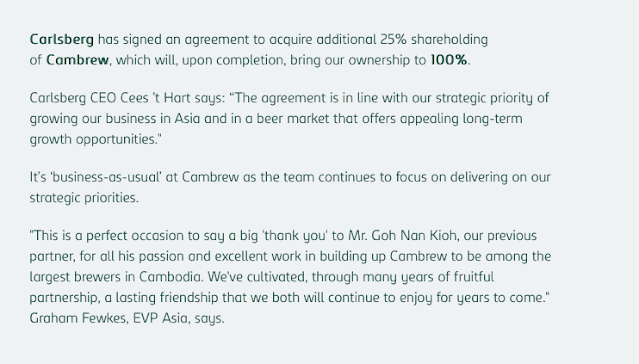 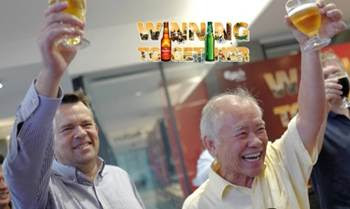 The reason why I am partial to his CV was that I had "consulted/worked" for him after being hired for 6 months by one of his key lieutenants to turnaround and "upend" Rock Chemicals (which was in turned owned by Mega First then when Goh took over MFCB). I wished I had stayed longer to be one of his generals but did not get enough face time.

Goh was also known to be a very shrewd "share price management facilitator" back in the 80s and early 90s. Enough said. That brought him easy wealth but was not the kind of wealth he wanted. He wanted to build great businesses.

Back to MFCB. If you had invested along with him, you needed to go in for the long haul. As investors, you have to think in terms of employing someone of his calibre to work for you. We will not be able to pay him well enough, hence the next best thing is to stay invested in his shares.

To only talk about MFCB would be too limiting. We needed to know the driver behind the vehicle and his prowess and thought process. Only then you can feel "safe" investing in it.

When I was working indirectly for him, it was only a a few months into him buying into MFCB. To see his building blocks for the conglomerate of the future was fascinating. He would never rush to a decision, but he will make a decision and stick to it. At teatime he was poring over the hydro dam project in Cambodia - so many to's and fro's to lock in as much of the contingencies. Only after I left, it was another couple of years before the deal was struck for the dam.

We never really have a very good track record when Malaysian companies invests abroad. Chen Lip Keong did very well with Nagaworld but he rooted himself there and worked with all levels of officials to push things through, and he stayed put there to make it work. Goh with his early investing in Cambrew Asia would have networked well within Cambodia. Still a business deal is only words and figures on paper - to execute well is a bigger task.

Looking at MFCB business make up, the power project is already a bedrock. His latest venture into Stenta is another example of deep study, and knowing the business so well inside out first. Packaging films are a natural subset to Cambrew's packaging needs. The uses and usage of packaging films are so varied and is in store for brighter prospects over next 5-10 years at least.

Now that Goh has assembled his building blocks, I can only see a sharp trajectory to value building and share price path ahead. It is better than being invested 15 years ago. To build the base can take years, that's done. Now reap the rewards as he steps on the gas. 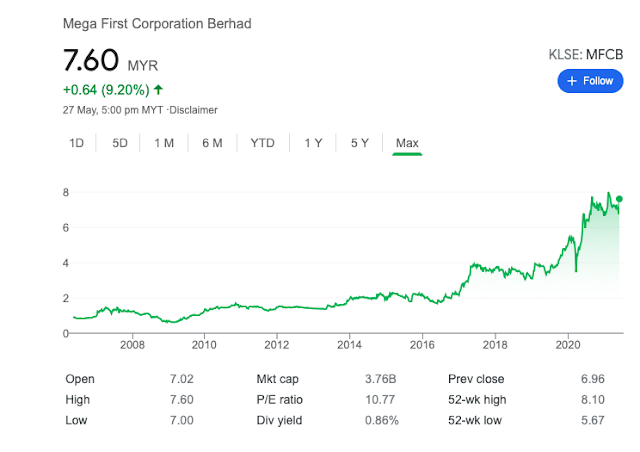 BTW, his other listed vehicle D&O is also on the same trajectory path. But I understand why he would leave the company business separate from MFCB as I see the business there being more volatile and require constant reinvention, reengineering and staying ahead of the "product upgrade cycles".