KUALA LUMPUR (Sept 23): Shares of companies linked to telecommunications network infrastructure and services jumped on Wednesday on news that tenders for new telecoms towers under the National Digital Network initiative (Jendela) would be issued in a month's time.

Opcom Holdings Bhd, which manufactures fibre optic cables, saw its shares hit limit up, rising 29.5 sen or 36.2% to a multi-year high of RM1.11. 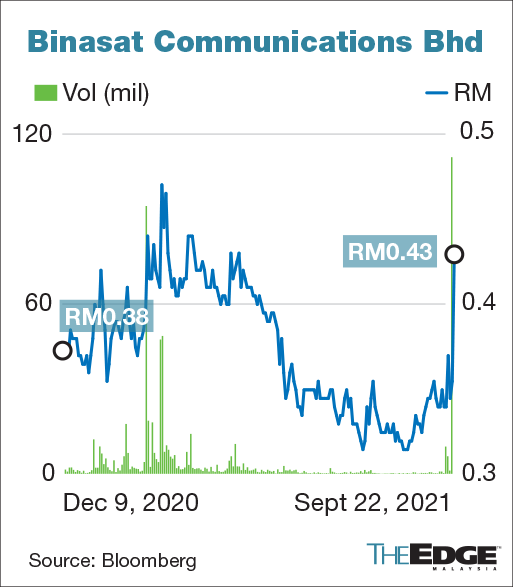 Binasat was the day's fifth most active stock as its trading volume surged to 37 times its six-month average at 112.32 million shares or 39.2% its issued share base of 286.44 million shares. At 43 sen, Binasat has a market capitalisation of RM121.41 million. 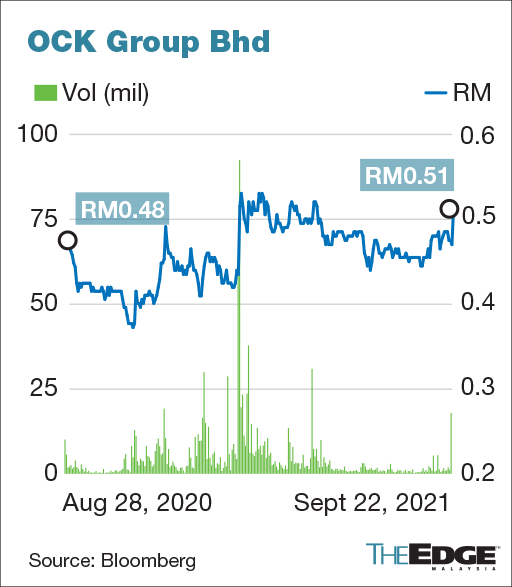 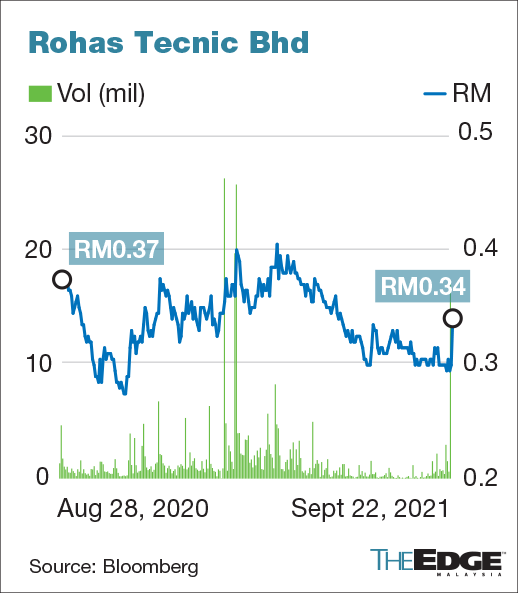 Another telecoms tower builder Rohas Tecnic Bhd closed up four sen or 13.33% at 34 sen, after touching 34.5 sen earlier. Some 17.33 million shares, or 11 times its six-month average, changed hands. At its last close, Rohas Tecnic was valued at RM158.03 million.

Earlier on Wednesday, Communications and Multimedia Minister Tan Sri Annuar Musa told the Dewan Rakyat that construction of new telecoms towers for broadband and 4G services under the Jendela initiative would be implemented immediately, with tenders to be issued within four weeks.

"In my and the government's views, the issue of connectivity and the internet is considered a human right. We want to see all Malaysians, whether in the interior or wherever they are, get this access, not only connectivity but with high quality," Bernama quoted him as saying.

Annuar was responding to Ahmad Fadhli Shaari (PAS-Pasir Mas), who remarked on the slow implementation of the construction of telecoms towers, despite already being in the planning of the Jendela initiative.

He added that his ministry also targeted the transition of coverage from 3G to 4G to be fully achieved by the end of 2021.

He also urged members of parliament whose constituencies had telecommunications coverage problems to inform him, so that a study for the construction of telecoms towers in the area could be carried out immediately.

The Jendela initiative underlines a plan to increase national 4G coverage to 96.9% from 91.8% currently by 2022, with the sunsetting of 3G infrastructure in favour of 4G and fiberisation.

Meanwhile, the overview for 5G infrastructure development plan is expected from Putrajaya soon, in line with the push for greater digital connectivity nationwide under the 12th Malaysia Plan, which will be tabled in parliament on Sept 27.