THERE is growing concern about Tenaga Nasional Bhd’s (Tenaga) likely strained cash flow, as the electricity tariff is not rising fast enough to cope with escalating fuel costs.

The utility group will have to borrow more to sustain its operations, as it needs to fork out a bigger sum in advance in view of the big jump in fuel prices. To make matters worse, compensation for the fuel cost increment comes only after six months, if not longer.

In the quarter ended March 31 (1QFY2022), Tenaga recognised revenue of RM3.51 billion that was an under-recovery of the ICPT (imbalance cost pass-through).

The group can only claw back its under-recovery fuel costs every six months. In the past, the lag between fuel cost spent and payment for cost increment through the ICPT mechanism had not been an issue owing to stable fuel prices.

Already, Tenaga has increased its borrowings, drawing down a total of RM5.13 billion from bank borrowings in 1QFY2022, which was almost quadruple the amount in the financial year ended Dec 31, 2021 (FY2021).

Two weeks ago, Prime Minister Datuk Seri Ismail Sabri Yaakob announced that the electricity tariff in Peninsular Malaysia would be kept at current levels for the rest of the year via a subsidy bill of an additional RM5.8 billion.

This announcement caught analysts and investors by surprise, considering that electricity tariffs are already skyrocketing in many countries. They had believed that Tenaga would be immune to high fuel prices owing to the fuel cost pass-through mechanism.

The news sent Tenaga’s share price plunging to a seven-year low of RM7.89 on June 28. Year to date, the group has seen RM6.5 billion in total market capitalisation wiped out. The counter is now trading at a trailing 12-month (TTM) price-earnings ratio (PER) of 12.74 times and TTM dividend yield of 5%.

In January, the government raised the electricity tariff for non-domestic users by imposing a surcharge of 3.7 sen per kilowatt hour (kWh) on top of the base rate of 39.45 sen/kWh for the February-to-June period, while domestic households continue to enjoy a two-sen rebate on the base rate.

The average coal price agreed upon by the government and Tenaga for the Regulatory Period 3 (RP3) is not known. Under the incentive-based regulation (IBR) mechanism, the electricity base rate is set for every three years, with the current RP3 running from February 2022 to December 2024.

Industry players are saying that the average thermal coal agreed upon for RP3 is US$79 a tonne.

“This means TNB Fuel [Services Sdn Bhd], which is the sole coal buyer for all the power plants in the peninsula, has been paying four to five times more for coal than the average price that was agreed on with the government in setting up the tariff for RP3 in the first half of the year,” says an observer.

Now that the government has decided not to impose a higher surcharge in the second half of the year to make up for the shortfall in the first half, Tenaga should find its cash flow affected. This has been translated into higher current receivables for the group up to 1QFY2022.

The higher current receivables could result in a meaningful increase in working capital requirement and, therefore, affect Tenaga’s cash flow in the near term, says Hafriz Hezry, an analyst with MIDF Research who covers the power sector.

Analysts have cut their target prices for Tenaga after the government’s decision not to raise tariffs.

MIDF Research revised its target price on the stock to RM8.45, from RM9.55, but maintained a “neutral” call on it. Maybank Investment Bank has a target price of RM8.70, down from RM9.30 previously, with a “hold” call.

RHB Research downgraded the power sector to “neutral” from “overweight”. Its power sector analyst Sean Lim says Tenaga’s receivables coming from the ICPT could continue to grow if fuel prices stay high in the second half of the year.

“Our concern is on the impact of operating cash flow, if the government is unable to pay on time. In the worst-case scenario, where the ICPT no longer holds, TNB’s defensive earnings could be at risk if it is vulnerable to volatile fuel prices without being able to fully pass on the costs to end-consumers,” he says in a June 30 report.

HLIB Research is still positive, however, on Tenaga’s prospects. Its analyst Daniel Wong is maintaining his “buy” call and target price of RM13.40, as the continuation of the ICPT mechanism allays investors’ concern on regulatory risks, he says in a report dated June 27.

The question is whether the ICPT mechanism can be construed as intact, as the government does not want the end-user to bear the brunt of high energy prices.

It will be no surprise if the government is slow in disbursing the subsidy on electricity tariffs to Tenaga.

It is not clear whether the government has refunded Tenaga through KWIE or directly from its coffers. As at press time, Tenaga had not replied to queries from The Edge on the matter.

Nevertheless, Tenaga’s credit rating seems to have remained intact. In a statement dated June 16, S&P Global Ratings raised its long-term issue rating on the company’s notes to reflect its expectations of a lower secured debt ratio and subordination risk.

However, the upgrade came before the news on the zero tariff hike for 2H2022. The global credit rating agency then stated that Tenaga’s cash flow should remain largely predictable, with limited exposure to demand risk.

It adds that the stable outlook on Tenaga reflects its expectation that the group will maintain its adjusted FFO-to-debt ratio at above 15% over the next 12 to 18 months.

The credit agency believes Tenaga will be able to pass on any under- or over-recovery of fuel costs through tariff adjustments.

Nonetheless, S&P Global Ratings says in its statement that it could revise downward its assessment if Tenaga’s adjusted FFO-to-debt ratio falls below 15% with no prospects for improvement.

It says this could happen if, among others, the group’s earnings before interest, taxes, depreciation and amortisation margin falls below 30%, owing to higher fuel costs without tariff relief, or because of adverse regulatory decisions when its businesses undergo regulatory resets.

Will the decision not to increase tariffs result in a downgrade of TNB’s credit ratings? The coal price trend will be a gauge. 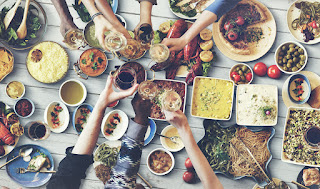