Sime Darby Bhd's net profit for the first quarter ended Sept 30, 2017 (1QFY18) more than doubled to RM1.32 billion from RM522 million in the previous year, lifted by higher fresh fruit bunch production and the sale of some assets.

The jump posted is the highest ever reported quarterly net earnings for the conglomerate which will be undergoing one of the largest demergers later this month, to carve out its property and plantation arms.

Earnings per share for the quarter ended Sept 30, 2017 rose to 4.77 sen from 3.39 sen previously, the vision inspection system developer said.

Vitrox declared a tax-free interim dividend of 1.5 sen per share, with the entitlement and payment dates to be finalised later.

Salcon said its wholly-owned subsidiary Salcon Engineering Bhd accepted the letter of award on Nov 13 from Air Selangor. The 15-month job is due for completion in February 2019.

Its wholly-owned unit Econpile (M) Sdn Bhd received the letter of award (LoA) for the job from Gabungan Strategik Sdn Bhd — the construction unit of Gabungan AQRS Bhd — on Nov 15.

Econpile said it will undertake the bored piling and general infrastructure works from Bandar Utama, Petaling Jaya, to Johan Setia, Klang, under the "GS04 Guideway, Stations Park and Ride, Ancillary Buildings and Other Associated Works" package.

Voir Holdings Bhd has bagged an RM80.42 million sub-contract to build two blocks of office suites, a podium, two-storey shops, a recreational centre and a carpark in Sunway Semenyih, Selangor.

The land is currently being used as a racing circuit. LBS said under the approval, the land will be divided into two plots, namely East Land and West Land.

The automotive manufacturing group posted a net loss of RM1.24 million for the third quarter, compared with a net profit of RM1.59 million a year earlier.

The higher costs was mainly made up of costs of imported materials, labour costs and production-related expenses, said Sapura Industrial.

SCH Group Bhd today confirmed the termination of three Memoranda of Understanding (MoUs) it had signed in relation to downstream quarry activity.

The group said the collaboration with Sewara Engineering Sdn Bhd, Stigma Impiana Sdn Bhd and Dataran 888 Sdn Bhd on the excavation and distribution of quarry sand and deposits from flood mitigation ponds in Kuala Lumpur were mutually terminated by the parties.

"The termination of MoUs would not have any financial impact to SCH Group," it said.

Its auditor said it was unable to ascertain the completeness of the recorded liabilites and related contingent liabilities as at June 30, 2017 arising from various legal proceedings to R&A's financial statements.

There was also not enough appropriate audit evidence to support the going concern basis of preparation of R&A's financial statements, it added. 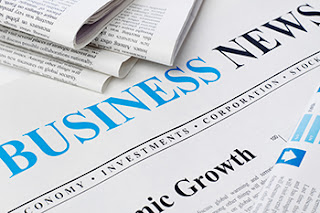 Ancom Bhd is disposing of a 25% stake in one of its media and advertising subsidiaries for RM13.15 million to make way for a strategic investor, which is expected to bring in additional expertise and technologies that will strengthen operational capabilities.

Ancom, a diversified group with most of its revenue coming from agricultural and industrial chemicals businesses, said its wholly-owned subsidiary Redberry Sdn Bhd has entered into a share sale agreement to dispose of a 25% stake in Puncak Berlian Sdn Bhd to VGI Global Media (M) Sdn Bhd.

Puncak Berlian and VGI are mainly involved in media and advertising businesses.

Teoh replaces Neo Chee Kiat, 47, who has been redesignated as non-independent and non-executive director. Neo was appointed as the managing director of the company on Nov 30, 2003.

Neo is the son of Neo Tiam Hock, who is also a major shareholder of the company.