Yong Tai’s FY18 net profit of RM15.5m (+134% YoY) is below our expectations at 73% of full-year numbers and slightly off consensus at 94%. Major cause of the discrepancy is the non-progress in the Terra Square (TS) development which continues to be weighed by funding-related issues. While we continue to believe in the Group’s growth prospects, our FY19 and FY20 estimates are lowered by an average 48% as we take a conservative stand by cutting TS-related contributions in FY19, while also adjusting for margin and billing assumptions on future property launches. The resulting effect is a reduction in our sum-of-parts valuation to RM1.72, which now yields a new target price of RM1.38 (RM2.25 previously) as we also impute a 20% discount to account for current TS-related uncertainties. Our Outperform call is affirmed nevertheless. Separately, the Board has called off plans for the early conversion of its preference shares which should allay concerns on near-term dilutive effects. The share price has weakened significantly in recent times, on valid concerns no doubt, but very much overdone we reckon. Long-term value of the Group’s undertakings remains unchanged amid the weak sentiment possibly exacerbated by China related concerns, but we see the current weakness as an opportune time to further accumulate a stock currently deeply undervalued. 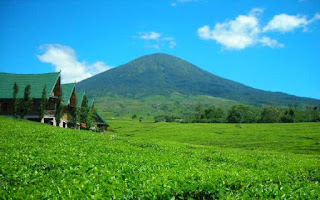 Growth in FY18 was driven primarily by on-going progress in its various projects, with The Apple mixed development now at 77% completion, Amber Cove and Dawn both at 12% completion and the KL-based Impression U-Thant development at 11%. FY19 will undoubtedly be stronger given the more advanced stages of these various developments, to be bolstered by maiden contributions from the Encore Melaka theatre.

Encore Melaka. As at 5 August, a month after its official opening, a total of 32,413 tickets have been sold, the bulk of which (~57%) coming from walk ins and online purchases. While some way short of a pro-rated monthly target of 83,333 tickets, the lower-than-expected numbers are within expectations as the “high-season” for tourist arrivals are only anticipated sometime late-September/early-October, with ample time and opportunity to catch up on numbers. Recall that the Group had previously announced annual offtake agreements with 6 different agencies, totaling 1m tickets.

And while construction on the Terra Square development has been halted temporarily owing to funding-related issues, principally China’s capital controls, management continues to be in talks with various other parties to resolve this expeditiously. We are not overly-concerned over its commercial viability and reckon new buyers are close to being secured, valuation issues notwithstanding, only the timing of a deal completion being in question.