Why we should look at beyond Price Earnings Ratio - felicity

On November 25, 2018
One of the subjective area to look at in evaluating a business or listed company is not its Price Earnings, Price to Net Asset Value but its planning, vision, how it makes use of situation to make itself a leader in the future. Most professional analysts, amateur investors (like me) forget about that.

We more often than not concentrate on concession value, delivery, Price to Net Assets, total book order etc etc. Those are very much Graham and the old Buffett. The new investors including the new Warren Buffett, Softbank, some of the best PEs and VCs in Silicon Valley look way beyond what we see. That is why they were able to figure out Google, Uber, Grab, Facebook, Alibaba and many more.

I have to admit I do not have the capabilities and capacity to be in that realm. I do not have that opportunity as well as my universe of looking at companies does not include the very good startups or visionary companies that remain private.

However, among the local traditional companies, we can possibly decipher which company that look beyond its current as compared to those who do not. There are those we know is is danger of being or already been disrupted. Those are the transportation companies for example, media company such as Media Prima, TheStar for which I am not able to figure out where its future is heading.

The easier intangible investment is one where we see the macro picture - i.e. where disruption of affecting, and then we look at micro level and see at what stage is the position of the company. I will take one example. We know that e-commerce is in the midst of disrupting retailing, we then take several malls and try to figure out its positioning. Will it be disrupted? Is the space they are playing different. One example is IGB REIT. How do we see its future. Company or business like Mid Valley will not be disrupted like a taxi business being disrupted. It may face a slower growth. The much lesser malls may face a harder truth where they may not even survive at all, but perhaps not One Utama, MidValley or KLCC. They will face slowdown but not death in the short term.

Over in this, I would like to highlight 2 traditional companies where if they play it right, they can be part of the disruptor. If they are not, they will also be disrupted.

18 years ago, Airasia was a disruptor to the traditional airlines like MAS, SIA. It is so successful, so much so that what we would have thought a business that is hard to survive has in fact caused continuous difficulties to MAS. It is now much bigger than MAS today and I am not able to figure out the survival of MAS beyond the next 3 years - unless there is another round of financial support from Khazanah.

Airasia, however is facing a new challenge. A wave of disruption to disrupt its own business. At the moment, its business model is being copied and airlines that are operating from a bigger airspace may want to eat into its market share. Its vast advantage in costs is also reducing as other airlines are now figuring out how to reduce costs as well.

Hence, it is now facing different challenges as it expands into other countries like India and Japan, 2 countries that are very different when looking at low costs tickets. India already has a very dominant low costs airline which is more competitive than Airasia India - Indigo. It is much larger, probably politically stronger and has more planes and better command of routes. Hence, Airasia in competing has to look at 2nd and 3rd tier cities. Luckily enough, India is such a big country that not one airline can dominate the airspace. It is more like China and US than Malaysia or Thailand.

To compete, I strongly believe that what the management of Airasia led by Tony Fernandes is doing is right. Going digital. By going digital, it is probably going to create that little inch of advantage as it goes regional. When Airasia was at its infant age, it started credit card purchase. That was a small disruption but its other advantages in the digital space was still early. Today, its booking system, checkin and others are ahead of many airlines including SIA - as I tried using Scoot. I happily admit Scoot still lose out to Airasia's booking system despite it not being perfect.

The community today is also more used or susceptible to self booking, payment, checkin etc. That is something which brings advantage to Airasia as it is trying to reduce its manpower per passenger. Airasia's digital strategy is beyond what I can imagine. I believe it is looking how to attract its recurring customer, minimising fuel costs, introducing new routes, new marketing channel, payment system from using its digital initiatives.

Ironically, Gamuda is a company which I now look more in depth after the many situations where its projects was under the threat of being cancelled especially MRT2 underground contract that I now think that it is probably a lot ahead of other construction and developer companies in Malaysia such as IJM and UEM. My previous perception of the company, today I have to eliminate - not because I invested into the company but because now I look at the company more inept. This is because, my investment into Gamuda is still way too small to affect me, personally. 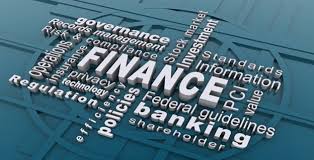 But Gamuda, with its group of management, knowledge depth has to be developed somewhat like Airasia rather than threatened. Most countries that are developed, has strong construction technologies and knowhow. We see that in Korea, Japan, China and previously US. We cannot continually be dependent on foreign technologies when building the country - like what we have done in the past government.

From here, I strongly believe, because it continuously in the discovery mode - like its investment in tunnelling technology, Industrialised Building System, this mindset is the right mindset for the future of the company. From here, as in any analysis, we should not just look at Gamuda's book order and how many future projects the current government is trying to introduce. We should rather look at how the company get readied itself towards the future.
To understand my writing further, do look at these companies Annual Reports and compare with its industry competitors.