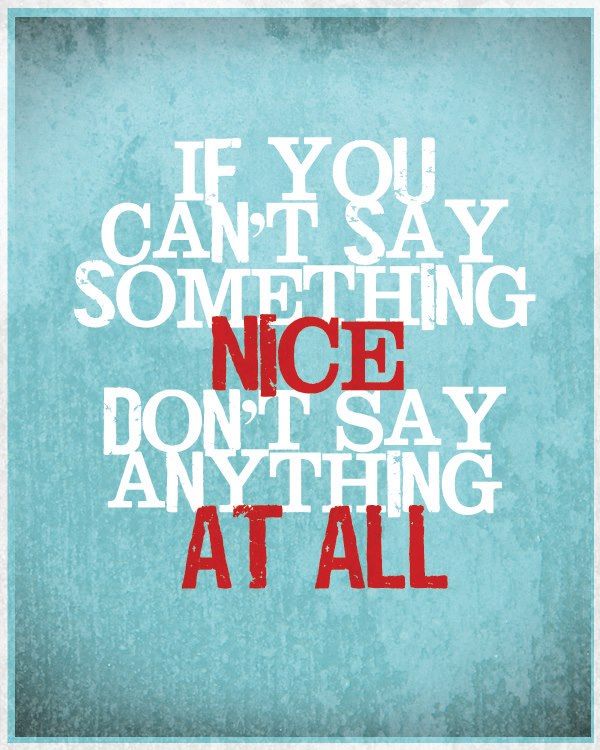 Once again, these writings are just my humble highlights (not recommendation), feel free to have some intellectual discourse on this. You can reach me at : 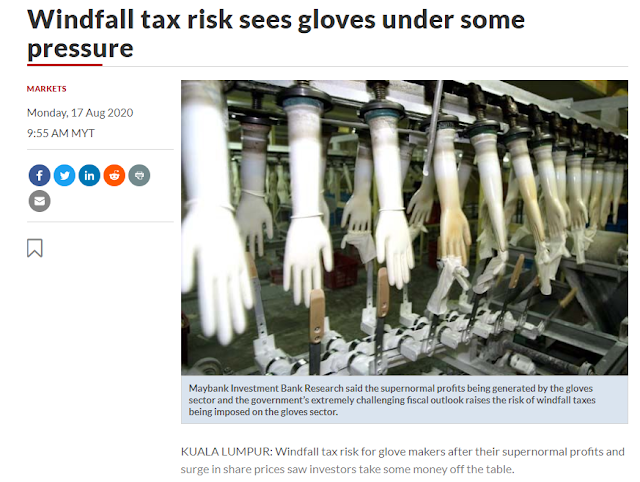 It has come to our attention that a viral news on windfall tax research on Glove Sectors specifically on Top Glove, Hartalega & Kossan was among the key reason for today's massive selloff for glove and related stocks. This is an old recycled topic that was raised back on 5th June 2020 by Public Bank Research. It is no wonder that retail investors remains skeptical and doubtful of the Investment Banks. It begs the question as to its true intention as well as professionalism in writing such reports. Whilst it is necessary to highlight the positive as well as the risk of a particular stock under coverage, it is bordering on immorality when the same IB recycles an old theme / topic out of the blue to just to fill in the the content of the report and plant seeds into policy makers mind to move forward a sinister agenda - which is imposing Windfall Tax on the Gloves Sector.

The Glove Sector remains the one few bright spot in our economy that is putting Malaysia on Global Stage, building up international reputation, diplomacy and at the forefront of savings lives in the battle against Covid-19. I have repeatedly address this issue back in June during the selloff whereby Public Bank mentioned that due to lack of government coffers, there is a risk of windfall tax. Since Maybank IB Research has chosen to reopen this topic unnecessarily, I shall take the liberty as an independent financial writer to counter this shenanigans point by point.

Indeed, sin industries such as gaming, tobacco, alcohol which are traditionally targeted by the Government with additional taxes are understandable due to the high profit margin, social issues which requires some level of deterrent. However, these industries have suffered due to Covid-19 and lockdown. Oil & Gas and many others that contributes to the Government budget is affected as well. Hence, the only sector that appears to be bucking the trend is the glove manufacturers, PPE and tech related sectors. Does this mean they should be an easy target for the Government to imposed these taxes? I am of the view that it would be unconscionable and morally wrong to impose windfall tax on this sector because the sector is playing a huge role in contributing towards protecting frontliners and fighting the pandemic. With the world still facing shortage and Malaysia being the number 1 producer controlling 65% of market share of gloves (Thailand is second), Malaysia as a country has responsibility to be a global citizen and not stifle the industry with windfall taxes.

In addition, the industry requires more encouragement, government incentives & support to fill the void in the world's market for gloves, medical supply and PPE shortage. Government around the world are giving incentive to support this industry like US, China not otherwise. The glove manufacturers contribute significantly to the FOREX of the country with more than 90% of their products being exported. With a record trade deficit for April (worse since 1997), it should not be in the playbook for the Government to impose measures which would otherwise discourage exports. Furthermore, unlike the Palm Oil industry which receives a lot of subsidy and support by Government, the glove sector was build up almost entirely by entrepreneurs in an utmost competitive environment without much help or subsidy. Malaysia used to have close to 300 glove factories in 1980-90s, today there is only 40 world class players left. This is because traditionally, Gloves are low margin products which relied on the latex / rubber industry. Thanks to R&D of Nitrile gloves as well as continuous automation and improvement by Glove players, the sector grew exponentially with the ability to meet international standards, certification and safety regulations globally. The reason why Malaysia glove sector is strong is because of the talents behind these companies. 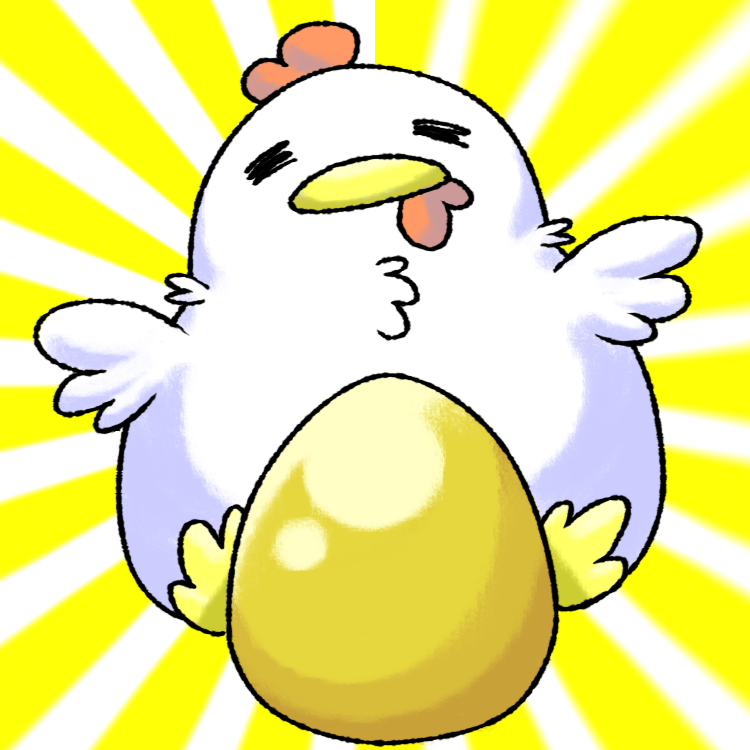 Just because the gloves sectors are like chicken laying golden eggs now, doesnt mean you should justify killing the chicken. It is my humble view that this windfall tax on glove sector by Maybank IB Research was unnecessary, unjustified and in no way beneficial to anyone. If indeed the Government do take any measures resulting in weakness or fall in share price of glove makers / PPE makers, it would be a good opportunity to collect on weakness.

Why? Because the Glove manufacturers in Malaysia has overcome way more adversity to remain standing. Malaysia do not become world leader and king of gloves overnight. It is the blood, sweat and tears of this enterprising individuals over the span of 30-40 years.

The good old saying goes by, if you have nothing nice to say, remain silent. Do not write a report for the sake of writing just to fulfill your annual KPI or department's milestone. It is not in anyone's interest but your own. As for retailers and investors who are still invested in the Glove sector, have faith in your holdings. These companies, fundamentally is sound, of value and have earnings visibility ahead for at least another 1-2 years.

Email me to sign up as private exclusive subscriber : tradeview101@gmail.com 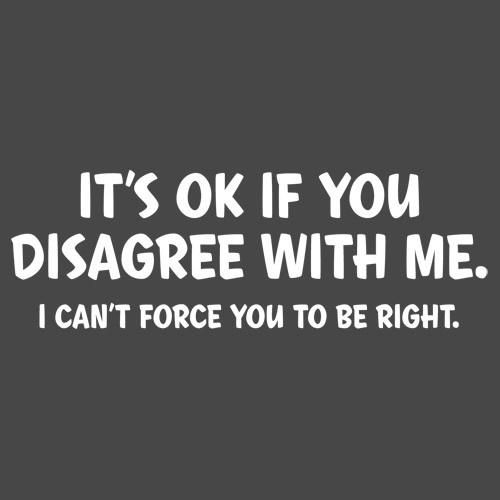