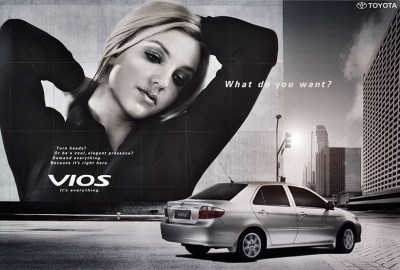 Financial planners always say: If you have money, don't buy a car, buy a house first.
It makes sense, a house appreciates with time but a car depreciates. If you really need a car, go for a second hand or the cheapest car you can get.
When I started my working career, I worked outstation and I needed a car badly. My family only had an old Proton Iswara and there was no extra car for me.
Obviously, I had to buy a car even before I got my first paycheck.
At that time, my take home salary was slightly above RM2000 per month. Which car do you think I should buy?
A second hand Proton Saga seemed to be a straight forward choice (there was no Myvi yet). However, I ended up in a brand new Toyota Vios.
That was the time Toyota Vios was just launched, and advertised by Britney Spears. My mom liked it so much.
I bought the Vios not for myself, but for my mom. In return, I got the old Iswara.
My mom paid the down payment and I paid the installment. I can't remember exactly my monthly instalment, if not mistaken it was around RM700+ for 5 years.
Financially, it's a bad start for me. I got a 7-8 year-old second hand Iswara probably worth around RM10,000 - RM15,000 but I have to pay around RM45,000 in total for it.
After using & repairing the Iswara for 6 years and settling the car loan for Vios, finally I bought my first new car. This was one year after I bought my first property which was meant for own stay.
Some people only buy second hand cars or the cheapest new cars in town, as they know that buying cars will make them poorer.
For me, I do mind a bit about the car that I drive. It's undeniable that people judge you on what car you are driving. I'll feel more proud if I drive a better car.
Car is often used to judge how successful a person is, even though we know that a person in an expensive car doesn't always mean that he or she is financially sound and vice versa.
However, I'm not the extreme, I bought within my budget with the plan to purchase another property in mind.
I bought a RM80k Japanese brand as my first new car. Initially I aimed for a RM120k car but later decided to save more cash for property investment.
When you choose a RM80k car over a RM120k car, you can "save" RM500 every month for 7 years (for 7 years loan at interest rate of 2.6% per annum).
You might ask, why not buying local brands or second hand Japanese cars worth half the price of RM80k? You can save even more cash.
First, I don't like second hand cars as I feel that most people sell because the car got some issues.
Second, as I said before, I do mind a bit about the car that I drive even though I'm not thinking to own luxury cars. 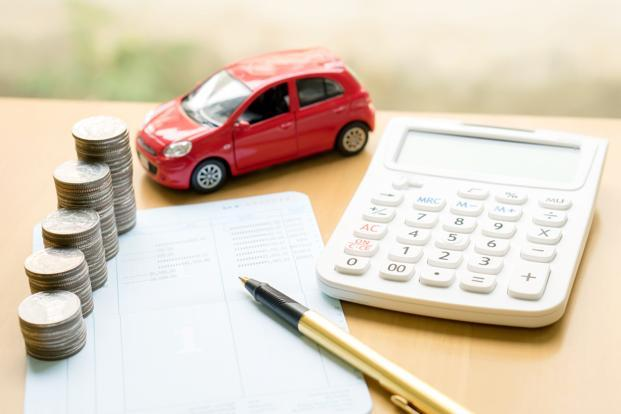 Six years after my first new car, as my family grew, I found the need to get an MPV. Most of the time there will be 6 persons in the car, and sometimes 7 or 8 persons.
I didn't want a small size MPV as it beat the purpose of upgrading to bring more comfort to passengers. In the meantime, I also did not wish to spend too much on a vehicle.
After much consideration, the decision would be made between a new local brand MPV (RM80k) and a second-hand imported MPV (RM110k).
Finally I chose the latter, in which "brand image" beat "second hand fear".
So far I'm happy with my decision as I have saved almost RM45k for this second hand MPV compared to a new one. It's a less-than-2-years used vehicle when I bought it. It's not a recon as well.
After I got the MPV, my wife uses my previous car which is an upgrade from her 11 years old Kancil. The Kancil was then given to my parent-in-law.
My mom has been hinting for some time that it's about time to replace her 15 years old Vios. So we decided to replace it with a new RM80k car in 2019. This happens just 3 years after I bought my second hand MPV.
This time I paid the down payment and my sister pays the installment. The car is under my name though.
Now in 2021 which is 2 years later, it seems like I need to buy a new car again. My in-law's Kancil is already 16 years old. I have a plan to replace it with my wife's car and buy a new one for my wife.
The original plan is to execute the plan in early 2021. However, after I can't get 90% loan for my latest property purchase, the plan is temporarily put on hold.
In the past 16 years since I started working, I have purchased 4 cars, probably number 5 later this year. It's approximately a car in every 3-4 years.
Buying a car is one thing, maintaining them is another. I have to pay the insurance & road tax, service and repair fees. It's a significant burden for me as the only income earner of the family.
I guess this is the life of most middle class in Malaysia. We work hard, pay tax and also spend for a decent life. In the end, we have not much savings left to enable us to retire early.
In order to achieve early financial freedom, investing might be the only way.