Upon obtaining the approval, Solution Group deputy group managing director Datuk Mohd Nazlee Kamal (file pic) told StarBiz, the company would produce between 30 million and 40 million doses for this year. Some of the vaccines would also be exported to South-East Asian countries.

, which has inked a deal with China’s CanSino Biologics Inc for the distribution of the Covid-19 vaccines in Malaysia, has started to plan for bigger things ahead.

The engineering and biopharmaceuticals company is looking to export the vaccines to the South-East Asia region.

However, this plan can only materialise if the group could get approvals from the Health Ministry’s National Pharmaceutical Regulatory Agency (NRPA) for both its vaccine and the fill and finish (F&F) facility plant. 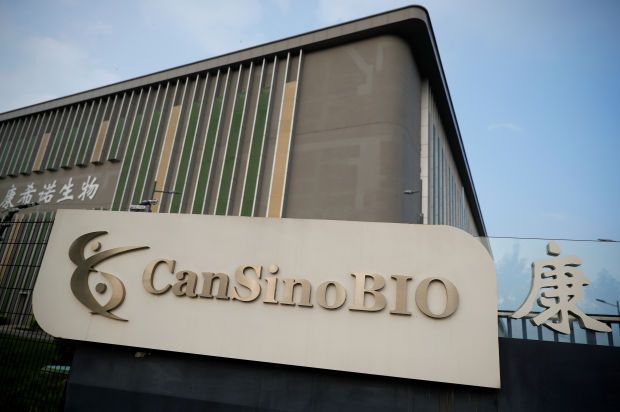 Upon obtaining the approval, Solution Group deputy group managing director Datuk Mohd Nazlee Kamal (file pic) told StarBiz, the company would produce between 30 million and 40 million doses for this year. Some of the vaccines would also be exported to South-East Asian countries.

The company is in talks with the Philippines’ government, and potential partners from Thailand, Singapore, Vietnam, Cambodia, Myanmar and Brunei for distribution of the Covid-19 vaccines.

“The role we are playing is to supply the CanSino vaccines to South-East Asian countries as we are CanSino’s manufacturing partner for this region.

“We are going to get the the ball rolling for the approvals, ” he said.

By end-February, Mohd Nazlee said, the company would be submitting its third phase of clinical trial data to NPRA to get an approval for the vaccine.

He expected the company to get the green light from the drug control agency within the next two months at the earliest.

Besides that, the second approval required for the F&F facility is the good manufacturing practice (GMP) certification, said Mohd Nazlee, who expected the approval for the facility to be given by April this year.

As soon as the vaccine approval is obtained, the company will first focus on supplying the vaccines to the frontliners and later channel the distribution to the private sector by the second half of the year.

Having said that, distributors would be appointed to supply the vaccines to the private sector.

It has received the approval from NPRA for the design layout of F&F facility.

The RM20mil F&F facility, under construction since December last year, is expected to be completed by next month. The plant has a capacity to produce up to six million doses per month, with up to 60 million doses per year.

The group is undertaking a risk in constructing the F&F plant before receiving the green light from NPRA for the CanSino vaccine.

However, Mohd Nazlee said the risk was taken to ensure that Malaysia secures its supply of vaccines without delay.

“We should be given a chance because there is a lot of upside for the country in terms of job creation and transfer of technology from China, India and Italy.

“We would hire an additional 30 employees including scientists, engineers and common workers.

“CanSino also took a risk by building bigger capacity for bulk production of the vaccines although the vaccine is still not approved, ” he explained.

In the long run, Mohd Nazlee also said the group plans to partner with China’s CanSino Biologics to utilise the upcoming F&F plant for other types of vaccines as well.

The CanSino vaccine is currently undergoing its third phase of clinical trials.

“We hope to get some good news after Chinese New Year on the interim results of the third phase clinical trials. We are hoping the efficacy is above 75%, then we are good for a single dose CanSino vaccine.

“The efficacy for the first and second phase trial is between 75% to 85%. Our vaccine has not had any adverse reactions anywhere in the world. It has a safe record, ” he pointed out.

Currently, the trials are being done in Russia, Pakistan, Chile, Mexico and Argentina.

Looking ahead, Mohd Nazlee is confident that the vaccine would be approved by NPRA supported by its higher efficacy of more than 70% in the first two phases of the clinical trials.

In comparison to other big players who have won contracts from the government to supply the vaccines, Solution Group is confident that it is capable of distributing vaccines nationwide by banking on the strength of its subsidiaries.

“Coming up with this F&F facility, we will be utilising all our subsidiaries to help with the operations.

“We are a tech-based company. We have subsidiaries that provide automation and technology solutions as well as engineering works which would support this operation, ” he said.

Currently, Solution Group is in discussion with logistic firms, DKSH and Zuellig Pharma Malaysia for the transportation of the vaccines.

Moving forward, Mohd Nazlee noted that the diversification of the group’s plan to be involved in producing the vaccines in Malaysia would have a healthy impact to the group’ earnings in financial year ending Dec 31,2021.

“We expect to have a fair margin that will help the growth of the organisation, ” he said.