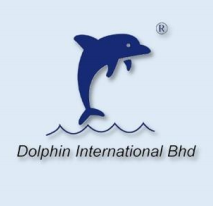 Yeo Boon Ho, the brother to Datuk Yeo Boon Leong, a director and major shareholder of Asia Poly Holdings Bhd, has been appointed as a non-independent director of Dolphin on April 15.

Boon Ho 50, is replacing Thoo Soon Huat, who is resigning to focus on his personal interests and undertakings.

As it is, Asia Poly is a major shareholder of Dolphin, where it presently holds a 17.61% stake in the company.

Datuk Yeo Boon Leong has been seen as an emerging business mover since the meteoric rise of his company Asia Poly, a provider of acrylics products.

He has been steadily increasing his stake in Asia Poly and currently has a direct 12.59% stake in the company.

Perhaps the fact that Datuk Yeo has placed his brother in Dolphin is an indication of putting the house in order before embarking on bigger plans.

Back in Feb, Dolphin completed its private placement of up to 186.32 million shares at an average price of 7.19 sen.

Proceeds of some RM9mil from this placement have been utilised to buy a distribution centre and more Uncle Don outlets among others.

Dolphin closed yesterday at 11 sen on volume of 26.63 million shares

Will there be more acquisitions or new businesses in the months to come?