Nice to CU with myNEWS 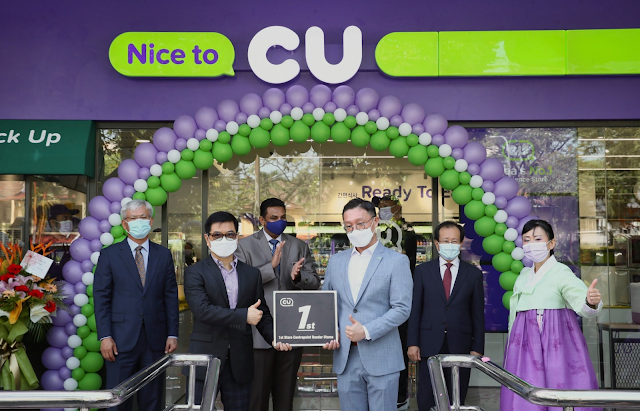 The only myNEWS store I've seen at that time was the one inside Aeon Bukit Mertajam Shopping Mall in Penang.

It's a small store and most of the time there are no customers inside.

The name is weird too. I thought it's selling newspaper.

To me, convenience store business is highly competitive and has low barrier of entry. That's why I was not interested in 7-11 (SEM) & myNEWS and did not bother to read their financial reports.

In Jan20, a blog reader who is a successful fundamental investor mentioned that he invested in myNEWS. He actually bought a lot of its shares.

That prompted me to study myNEWS's financial reports.

myNEWS is a home-grown brand with its revenue and net profit going up steadily over the years, as more new stores were opened.
However, since its food processing center (FPC) started operation in mid 2019, the profitability of myNEWS was cut into half as its FPC suffered start-up loss.

I like the move of myNEWS to open up more Maru Cafes and offer more ready-to-eat (RTE) foods which I think is better than just simple convenience stores.

I put it into my watchlist and then it was MCO time. The share price of myNEWS dropped further to 60sen.

That's the main reason I decided to invest in myNEWS.

I remember that when myNEWS announced this news, there was concern of CU stores cross-cannibalizing myNEWS stores.

Kenanga Research even issued an underperformed call and maintained its target price at only 48sen.

So the introduction of CU stores should do more good than bad to myNEWS.

We all know that QL's FamilyMart is a great success in Malaysia. I'm confident that CU can be at least as popular as FamilyMart, if the management of myNEWS does not screw it up.

I guess more Malaysian are watching K-dramas rather than J-dramas, and more are listening to Korean songs than Japanese songs nowadays.

So, logically Korean-style CU should be more popular than Japanese-style FamilyMart.

My assumption is simple. Initially myNEWS has good profitability before the commencement of its FPC. Its net profit margin was 6-7% compared to 7-11's 2-3%.

When its FPC is underutilized at only 30%, its net profit margin drops to 2%. So when the store count of myNEWS & Maru Cafe increases, its FPC will eventually breakeven and start to register profit.

When this happens, its revenue and net profit will surely break new high.

The problem is, when can the FPC break even in such competitive business landscape?

I think it might take years until the arrival of CU. CU will sell lots of RTE foods, and surely it will help its FPC to breakeven sooner.

The first CU store in Malaysia has finally opened on 1st of April 2021 in Centrepoint Bandar Utama. The response is overwhelming as expected.

The variety of foods & drinks offered in CU are better than what I expected. The only problem is that I don't know whether the quality of food is up to standard or not.

As in Mac21, myNEWS has 542 stores nationwide. In the year of pandemic-ruined 2020, it opened 59 new stores while 46 non-performing stores were closed.

The plan to open 500 CU stores in 5 years is still intact.

How much will CU stores contribute to its top & bottom lines?

Unfortunately we don't have the revenue & profit of FamilyMart for reference as QL includes them in its integrated livestock farming (ILF) segment.

In QL's FY2020 ended Mac20, its ILF registered RM2.73bil revenue and RM103mil PBT. This segment should include ~180 FamilyMart stores.

In QL's FY2017 from Apr16 to Mac17, its ILF segment recorded revenue of RM1.78bil and RM88.3mil PBT. At that time the first FamilyMart was just opened in Nov16 and the contribution from FamilyMart should be insignificant.

Why does the profit margin drop when more & more FamilyMart stores are opened? Is it caused by FamilyMart or the more unpredictable broilers & eggs business?

I don't know, but I'm curious why QL still does not separate its FamilyMart from its livestock farming business.

Perhaps it takes more time for FamilyMart to break even, especially when it also has a central kitchen which might drag down its profitability just like myNEWS's FPC.

Year 2021 will mark the fifth year of FamilyMart in operation. QL has an initial plan to open 300 stores in 5 years. 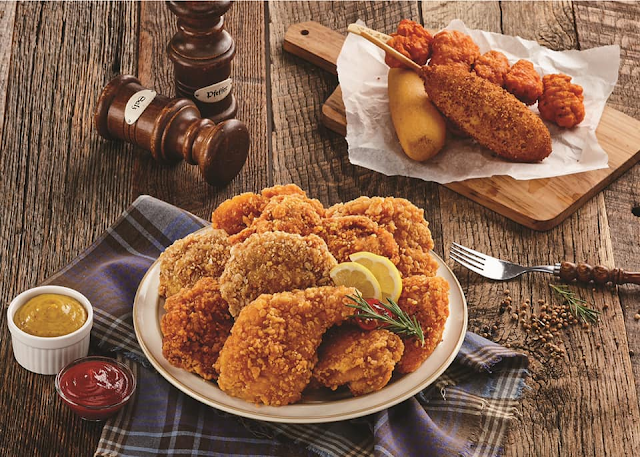 Compared to QL, myNEWS has already got the in-depth know-how on how to open and run convenience stores with RTE products.

So, opening CU stores should be done at ease and I believe it can achieve breakeven faster than FamilyMart if both enjoy similar popularity.

Before FPC, myNEWS was able to post ~RM30mil net profit a year. In the future when FPC breakeven as myNEWS store count increases and nothing else changes, myNEWS should be able to generate a net profit of more than RM30mil per year.

So the average revenue & net profit for each outlet was RM860k and RM57k respectively, with a net profit margin of 6.6%.

In earlier years, its net profit margin was even higher at 7-8%.

7-11 Malaysia recorded RM2.36bil revenue and RM54mil net profit in FY19 (ended Dec19) from a total of 2411 stores, before the pandemic hit & takeover of Caring Pharmacy.

Its average revenue & net profit per store was RM980k and RM22.4k respectively, with a net profit margin of merely 2.3%.

How much sales and profit can CU stores get?  Can a single CU store can get RM1.5mil revenue with a net profit margin higher than 6% in one year?

Anyway, I don't know how much myNEWS need to pay to get the license to run CU stores. Surely it will take time to breakeven.

For its FPC, the management recently said that it still needs 2 years to breakeven.

While it's not easy to predict the revenue and profit, the worst should be over for myNEWS.

Its FPC utilization will only increase. Its revenue should pick up and the loss should be narrowed until it eventually go back to profitability.

I think current FY22 (Feb21 to Jan22) might still be a loss-making year. How high its share price can go will depend on how optimistic and forward-looking the market will be.

Outside South Korea, currently CU is only available in Mongolia and Malaysia. If myNEWS can get the license or shares to operate in other ASEAN countries, then its future is surely very bright.