Prestar Resources Bhd is extending its collaboration with Murata Machinery Ltd (Japan) for the supply of automated storage and retrieval system (ASRS) racking systems. According to the statement by Prestar, the company's wholly-owned unit Prestar Storage System Sdn Bhd recently entered into a supplemental manufacturing partnership agreement with Murata's logistic and automation division to include additional nine subsidiaries of Murata from various regions and countries, namely the US, China, Europe, India, Thailand, Singapore, Vietnam, Taiwan and Hong Kong in the manufacturing partnership agreement.

Asset management and infrastructure solutions company UEM Edgenta Bhd is set to resume its dividend payment in the current financial year ending Dec 31, 2021 (FY21) after it withheld dividends last year. Its managing director and chief executive officer (CEO) Syahrunizam Samsudin told reporters in a virtual press briefing that the group intends to resume dividend payment in FY21 as it is committed to returning to its dividend policy, as the group aims to be a defensive stock.

Paramount Corp Bhd is buying a parcel of freehold residential land measuring approximately 13.25 hectares in Selangor for RM102.69 million. The land is within a kilometre radius of Paramount’s Sejati Residences and Sejati Lakeside. It is a 35-minute drive from Kuala Lumpur city centre or 25 minutes from Kuala Lumpur International Airport (KLIA), and only 10 minutes from Putrajaya via major highways.

Sarawak Consolidated Industries Bhd (SCIB) has bagged a contract worth an estimated RM80 million to procure, supply, install, test and commission medical equipment for the proposed development of a specialist hospital in Bandar Baru Uda, Johor Bahru. The project sum is the maximum purchasing budget for all the equipment to be supplied on a capital equipment lease concession basis.

The loss-making carpet maker told the regulator it is not aware of any corporate development, rumour, report and explanation that may account for the usual trading activity.

The stock emerged as one of the top gainers in the local bourse today and hit a limit of RM1.93 before it pared its gain towards the closing bell to end 38 sen higher at RM1.87. The counter has soared nearly 188% from mere 65 sen in early January. This is the second time the group has been issued with the UMA query. The first UMA query this year was in February.

LYC Healthcare Bhd’s unit LYC Medicare Sdn Bhd has proposed to issue 42 million redeemable preference shares (RPS) at an issue price of RM1 per RPS to Kenanga Investors Bhd. The company said it will use the proposed issuance of RM42 million to enable LYC Medicare’s wholly-owned unit, LYC Nutrihealth Sdn Bhd, to acquire 70% equity interests in both Aqurate Ingredients Intl (M) Sdn Bhd and Microbiome Intl (M) Sdn Bhd. The company will also utilise the proceeds to pay for the fees and expenses incurred in the issuance of the RPS, as working capital of LYC Medicare and to pay for any other payments in the ordinary course of business of LYC Medicare. 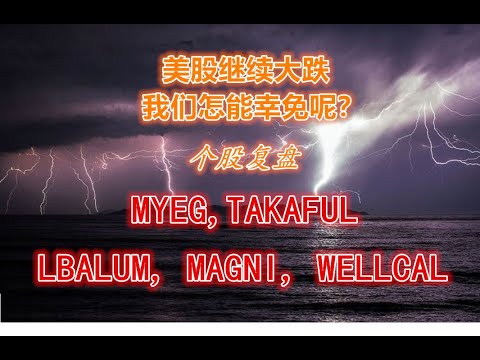